American automaker Tesla is setting a production target of 250,000 units per year at its future assembly plant in Shanghai, China. This will represent the first production phase that will be implemented as soon as construction of the new facility is completed.

Last week Tesla signed an agreement with the city of Shanghai to reserve an 860,000-square-metre site for the company’s first mega-factory built overseas. The project is expected to cost $2 billion USD.

This information came out courtesy of documents registered with Chinese authorities, including a feasibility study for the project, and it makes clear the seriousness of Tesla’s intentions. The company has gone so far as to post job offers to fill some high-level positions at the new facility, namely a director of financing and a specialist in architectural design. 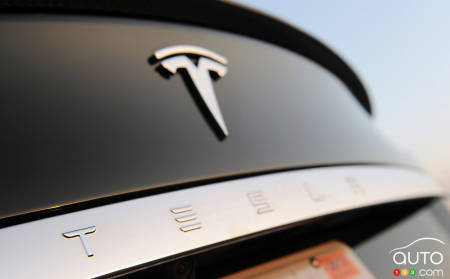 The factory will be used to build both vehicles and the batteries that power them.

In the case of the former, one of them will be the Model 3 already well-familiar to consumers, but the other, the Model Y, has only been seen in two photos supplied by Tesla. Next March it is expected to finally make its public debut. The Model Y SUV is smaller than the Model X, and will borrow the Model 3’s platform.

The company plans to get the first completed vehicle off the new plant’s assembly line in 2021. And though the short-term target is 250,000 units per annum, Tesla hopes to be able to double that total eventually.

Many eyes within the industry will be peeled on the progress of this project. If it carries through to completion, and if production targets are met, it could have a major impact on Tesla’s fortunes going forward.

Coronavirus: Jaguar-Land Rover Could Run out of Certain P...

As a result of coronavirus-caused slowdowns in Chinese factories, Jaguar Land-Rover is running out of parts and has had to resort to getting components shipp...

Tesla Delivers Record Number of Vehicles in Q2 of 2019

Tesla delivered a record number of vehicles in the second quarter of 2019. The great majority of them were the Model 3, which accounted for 77,500 out of the...