Subaru presented in Tokyo the concept version of its second-generation Subaru Levorg model, not sold in market but which might hint at future powertrains here

The Subaru Levorg is likely not a familiar name to many folks in our corner of the planet, but it has been around on the Japanese market for a little over five years now. The model is essentially an Impreza with a stretched roof and back end.

Visitors at the Tokyo Motor Show his year will be able to check out the concept version of the new second-generation Levorg, which looks very close to production-ready, at least from the outside. That Subaru fitted it with tinted windows that prevented assembled media types from seeing what was inside does, however, hint that all is not yet complete.

The model is scheduled to launch commercially in the latter half of next year. Assembled on the same global platform from Subaru that underpins the Legacy, Outback and Ascent, it fits right into the company’s growth plan. 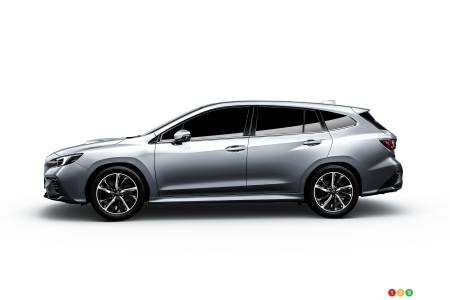 As expected, the interior incorporates the company’s latest advances, particularly in connection to the EyeSight suite of safety systems as well as regards connectivity, the Levorg featuring the same multimedia system we’ve recently seen introduced in the next-generation Outback and Legacy models.

There’s also talk that the production version of the Levorg will include a greater degree of autonomous driving capability, thanks in large part to a new high-definition navigation system able to recognize what’s on the road ahead and that will slow the vehicle down when it recognizes a difficult situation ahead. The speed control system will also be able to take charge of stops and starts in heavy traffic.

That all sounds great, but we repeat that there’s zero chance this Subaru makes it across the ocean to our market. So why is it worth looking at? Because of what’s under the hood. The company says it’s putting a new Boxer turbo engine, likely a 1.8L 4-cylinder with direct injection, as well technology that permits lean running, which ensures improved fuel economy.  We don’t yet know the performance data for this new powertrain, but Subaru says torque will be impressive.

We’ll be watching to see if the new engine finds its way into the next generation of the WRX. 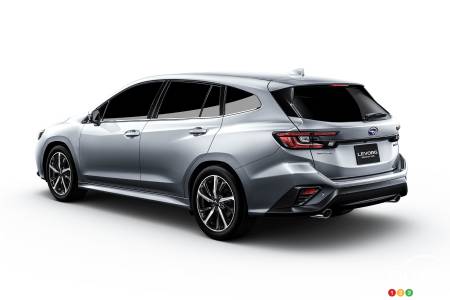 Style Tweaks for the 2022 Subaru Forester

Subaru is making exterior design changes to its Forester for 2022. The model just previewed by the automaker is for the Japanese market, but it gives us a go...