Every year, the U.S. National Insurance Crime Bureau (NICB) compiles a list of the 10 most stolen vehicles in the country. It's always interesting to take a look, both to find out which models are the favorites of criminals, but also to see which years are the most prized.

And honestly, it never fails, there are some that cause double takes.

Let’s be clear, of course: most of the vehicles congregated at the top of the list are, perennially among the best-selling models in North America. No surprise then to find them in the lists of the most stolen. There are simply many more of them around to be stolen.

So which is number one? The Chevrolet Silverado tops the list, followed closely by the Ford F-150. The bureau is talking about full-size pickups, and we’re guessing the totals include the HD versions. In all, 48,206 Silverado's were stolen in 2021, compared to 47,999 F-150s. But what’s interesting here is the most popular year for each model stolen: For the Chevrolet, it's 2004; for the Ford, it's 2006. 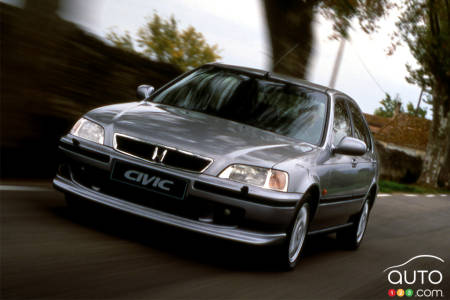 In third place among most-stolen vehicles is the Honda Civic, not surprisingly, with 31,673 thefts. The most popular model-year in its case? 2000. Anyone owning one of those vintages might think they’re safe from having their car swiped, but they’d be wrong, apparently.

In fourth and fifth place are two cars that long dominated sales, the Honda Accord and the Toyota Camry. The Honda was the more popular of the two among car thieves last year, with 30,274 being stolen. The Toyota? 17,270 units stolen. As for the most popular years, we're talking about 1997 for the Accord and 2007 for the Camry.

Holding down seventh place on the most-stolen-car list is the Nissan Altima, with 14,108 thefts tallied. In its case, unlike many of the other, the sticky fingers gangs preferred the more recent versions, with the 2020 model the most sought after.

In the case of the Honda CR-V, which sit in eighth place on the list, the 2000 model was the most stolen among the 13,308 that disappeared.

Finally, the last two positions are held down by the Jeep Cherokee/Grand Cherokee and Toyota Corolla, with 13,210 and 12,927 thefts tallied, respectively. The 2018 and 2020 models were the most popular, again respectively. 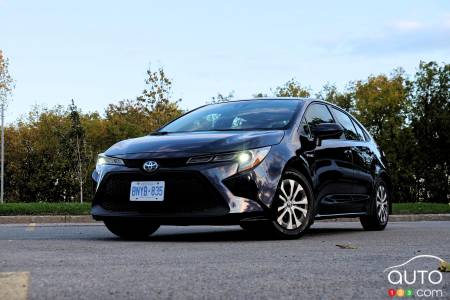 There are the expected models and there are surprises on the list of the 10 most stolen vehicles in the U.S. in 2020. Just like every year, really. once agai...