Here's a first look at the next-generation 2021 Mercedes-Benz S-Class.

In the spring of 2021, Mercedes-Benz will launch a new generation of its large S-Class sedan. This monument of technology has always been a rolling laboratory, and it remains so with the new edition. No surprise there. We could take hours of your time to simply explain everything you can get with this vehicle. Instead, we chose 10 notable features that are more important than the others. 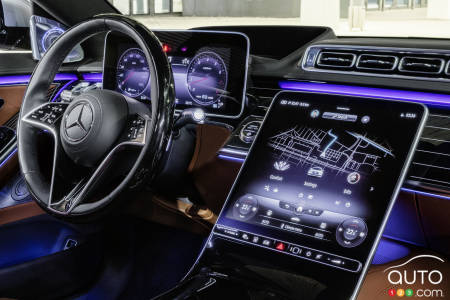 The small A-Class was the first vehicle to introduce this sophisticated communication system between man (or woman) and machine. The S-Class presents Generation Two of this system.

The more-evolved system’s computing power increases by 50 percent compared to the one it’s replacing; memory bandwidth is 41,790 Mb/s. This system includes 27 different languages (including, of course, English and French) and incorporates more tasks.

Using five screens, some with OLED technology and available at the touch of a button, the new 3D driver screen allows for the first time a spatial perception of the scene with a true 3D effect thanks to eye-tracking.

An equally impressive feature is the massive head-up display with augmented reality content. During navigation, for example, animated stop arrows are projected virtually and clearly onto the traffic lane.

Thanks to the cameras in the upper control panel and to the system’s learning algorithms, the MBUX Interior Assist recognizes and anticipates the wishes and intentions of the occupants. To do this, it interprets the direction of the head, hand movements and body language and reacts using the relevant vehicle functions. For example, if the driver looks over his shoulder towards the rear window, the Interior Assist automatically opens the curtain in front of the window.

Active Ambient Lighting, consisting of approximately 250 LEDs, is now integrated into the driver assistance systems and is capable of visually enhancing their alerts. 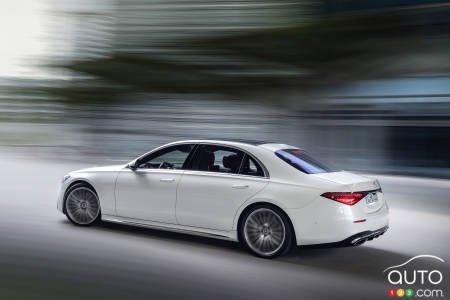 Thanks to the (optional) rear-axle steering system, the S-Class is as manoeuvrable in the city as a compact car. The steering angle of the rear axle can be up to ten degrees. Even for the S-Class with long wheelbase and all-wheel drive, the turning radius is reduced by 1.9 meters to less than 10.9 meters. Enough to make the size of the vehicle far less imposing for any driver. 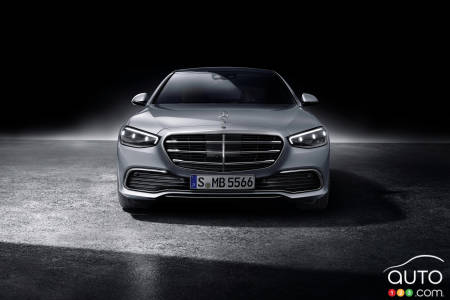 Images of what appears to be the next generation of the Mercedes-Benz S-Class have appeared on Instagram. The new version is expected to be released in 2021,...

Auto123 decides what 10 things you really want to know about the 2021 Genesis G80, which marks the debut of the midsize luxury sedan’s new generation. The br...