The next-generation 2021 Mercedes-Benz S-Class has made its appearance in recent days, unofficially at least. The consensus online is that the images posted on Instagram indeed are of the next edition of the luxury brand’s flagship sedan.

Given that Mercedes-Benz previously announced the model was getting overhauled for 2021, the consensus seems well-founded.

The current generation of the S-Class was unveiled in Hamburg, Germany back in May 2013. In July of the same year, the model's global launch took place in the Toronto area.

As for the new vintage, the posted images show a modern front and rear inspired by the CLS model. The interior, too, appears to be fully revised.

Up front, the front grille has been revised to reflect the company's current signature, including more aggressive headlights and thinner, lower intake sections. If nothing else, the new S-Class thus looks like a larger E-Class. The lights themselves look heavily inspired by those of the CLS sedan. 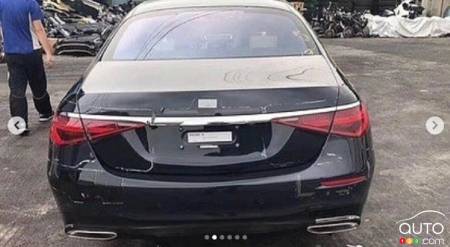 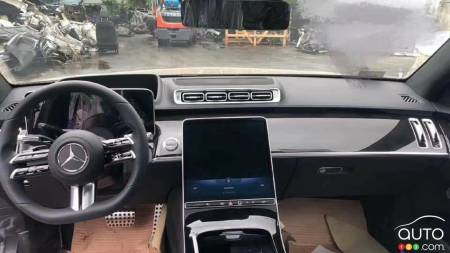 The most intriguing photos, however, are of the interior. The current S-Class' dual widescreen displays are nowhere to be seen here, replaced by a new central digital dashboard that’s complemented by what appears to be another screen directly behind it, mounted offset in the dashboard. Most of the centre console controls appear to have been replaced by an upright touchscreen. Other distinctive features include a new steering wheel and thin vertical vents.

At first glance, we can’t say we’re blown away. For traditionalists and brand enthusiasts, this model presents a distorted interior layout. 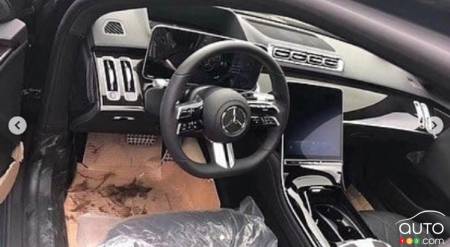 If this is indeed the next S-Class, it shouldn't come as a surprise to see it unveiled this year. Given the current situation, however, caution is in order when dealing with any schedules.

As for the powertrain, the model could get a version of the company's new inline-6-cylinder hybrid engine. The AMG version will once again be powered by the 4.0L twin-turbo V8 found in almost all other high-performance Mercedes models.

We'll certainly have more details to share with you about this model in the coming weeks. While it's not a high-volume product, it's still an important symbol for the company, and what it offers is often a sign of what's to come elsewhere in the lineup over the next few years - as we were able to see with the previous generation.

Mercedes-Benz will introduce a new generation of its large S-Class next spring, but has just presented it virtually. Auto123 gives you 10 things about it tha...

Maybach is celebrating its 100th anniversary in style by reintroducing a V12 engine under its Mercedes-Maybach banner. This kind of engine is still pretty in...