The Tokyo Motor Show is one of the great mysteries – to us westerners, anyway – of the auto show circuit; it only happens once every two years, it’s usually populated by some pretty funky stuff and then there’s the fact that in general, Japan’s car world full of mini kei trucks and vans and wildly-coloured tuners is so unique. Have a look at the following gallery to see what we mean. 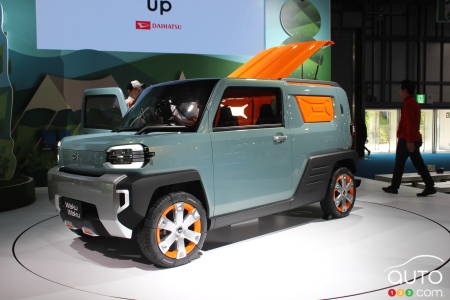 Is it an SUV? A wagon? Is it constructed from Lego? Is it from outer space?

Well, even having seen it in person we’re still not really quite sure, but a closer look does show a vehicle from Japan’s smallest car segment that looks to combine the ruggedness of the Toyota FJ cruiser with the versatility of the award-winning Suzuki Jimny. Plus, it has orange highlights in the wheels and its name means “excitement”. What’s not to like? 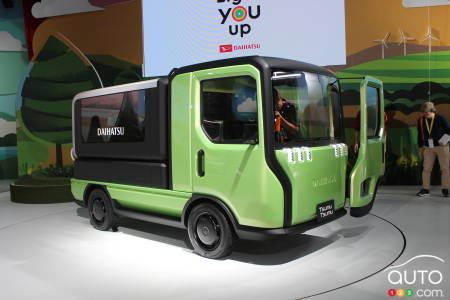 Is it a truck? A camper? Is it constructed from Duplo? How do you pronounce that name? Who cares?

Basically, that big box you see behind the cab can extend backward, so you can… well, we’re not really sure what you can do. Something to do with camping and the fact it comes with its own drone, probably. Access to the cab, meanwhile, is easy as pretty much the whole of each side is an opening door. So cool. This is the kind of stuff we thought cars of the future would look like 20 years ago. 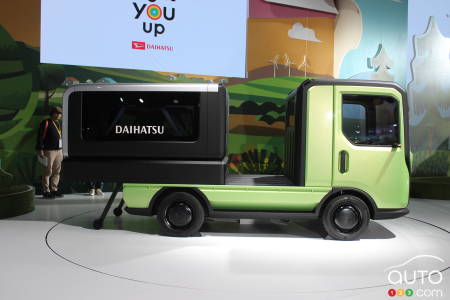 Tokyo 2019: Spectacular Lexus LF-30 Flies in for the Show

Lexus has presented the most outrageous concept of the 2019 Tokyo Motor Show in the form of the Lexus LF-30.

The Mitsubishi MI-Tech concept made its official world debut today at the 2019 edition of the Tokyo auto show. The prototype has neither roof nor doors, and ...