Our intrepid journalist put together a list of still-affordable 80s cars that he would love to have in his garage. Just goes to show that dream cars don’t have to break the bank!

I was born in 1978, which means that I grew up with the cars of the 1970s and 80s all around me. These are the models that started this passion for cars that’s possessed me ever since I was old enough to read the nameplates of the cars I saw on the road.

I’m now in my forties, but that passion never left. Neither did my daydreaming ways. And so I gave myself the fun challenge of putting together a wanna-have list of classic cars from a decade known to have produced some of the worst creations in history. Fortunately, manufacturers also produced some little gems between 1980 and 1989. In fact the hardest par of the exercise was narrowing down the list. Some of the ones I had to throw overboard left me just a little heartbroken.

So here’s the crême de la crême of my wish list, with the only real criteria being that they had to be cars I could still afford if I was building a collection. Let's set the budget at $25,000. That’s about the same as the price required to drive a decently-equipped new compact sedan off the dealer’s lot.

Other than that, there are no specific criteria save for the driving pleasure I’m sure I would feel driving these cars. Here we go.

Back in my youth, my first two cars were 80s-vintage compact Volkswagens: a Fox coupe and a Jetta Mk.II sedan. It's only natural that I would want to relive some great memories after all this time.

Here above you see a 1991 Golf GTI 16V, the one with a 16-valve 2.0L engine good for 131 hp. The car was equipped with an excellent 5-speed manual transmission… and that was about it. In reality, any second-generation Golf GTI would make my day, but this 1991 example is in my opinion the best interation of the Golf Mk.II model. 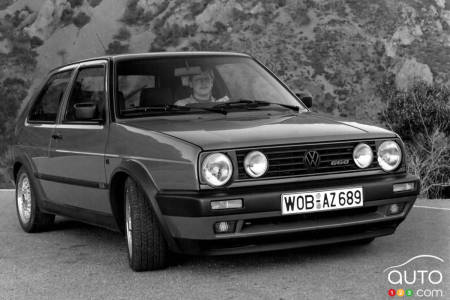 Here is our overview of the 10 most popular plug-in hybrid SUVs available in Canada now (or coming soon) - plus one extra all-terrainer thrown in for good me...