The Lane Motor Museum in Nashville is unique in that it hides within its walls countless rare cars. Among them, an impressive collection of vehicles with the common feature of having only three wheels. Join us as we visit an alternate universe of cars. 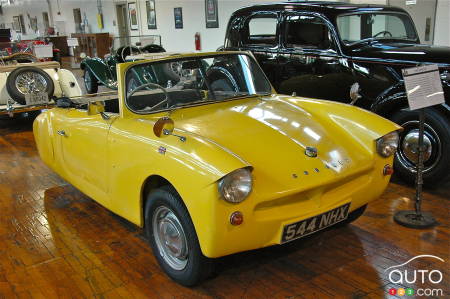 The Coronet, not to be confused with the model produced by Chrysler, was a three-wheeled car pitched by its maker as being as comfortable and stylish as four-wheel sedans of the day. It could accommodate two or three people. The engine was located in the back, just in front of the lone rear wheel. The model was designed by David Gottlieb and the body was manufactured by James Whitson & Company. 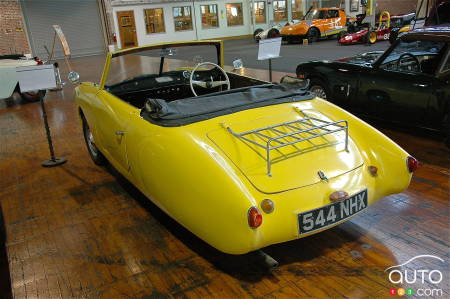 From the rear, you can appreciate the "practical" aspect of the car, which harbored small luggage compartments in the fenders on either side of the engine. The steering and suspension of this small car included parts borrowed from the Triumph Standard 8.

This Coronet delivered impressively low fuel consumption: 3.9L/100 km. The Coronet Car Ltd was an British company in operation between 1957 and 1960. A total of 250 models identical to the one shown here were produced.

40 Vehicles Recovered from the Bottoms of Nashville Water...

Authorities recently recovered 40 abandoned vehicles from the bottoms of waterways near Nashville, Tennessee as part of a clean-up operation. Auto123 has mor...

The Tamiya Wild One Max is a Scale Model That Thinks – An...

With the Tamiya Wild One Max, London-based The Little Car Company has made a near-full-size scale model for adults nostalgic for a time when as kids they enj...