There’s no better way to broaden your horizons than to travel. For car enthusiasts, that includes getting a crash course in other people’s automotive culture. For us, venturing outside of North America allows us to discover creations we didn't even know existed.

Those who know me can guess I wouldn’t miss the opportunity to bring back a few shots of some notable vehicles I saw during a visit to the Caribbean this past February, not long before the curtain came down on leisure travel. We have for you two galleries that present quite different realities. First off, we bring back a bit of Grand Turk, the smallest of the islands that make up Turks and Caicos.

Stay tuned next week for some fascinating cars and trucks seen on the islands of Curaçao and Aruba.

See also: The Vehicles of the Caribbean: Turks and Caicos.

No matter where you set foot on the planet, you'll find Jeep Wranglers. And everywhere, the love felt for them is the same. It’s simply a vehicle as ubiquitous as it is iconic. There are innumerable rental companies offering them to tourists, who not coincidently are ready to pay big bucks for the occasion to explore a new country at the wheel of one.

Note this edition is equipped with a right-hand drive – not surprising since many of the island's vehicles come directly from Japan. 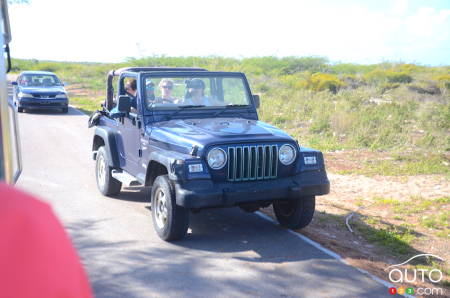 The Toyota Carina debuted in 1970 and its career lasted until 2001. Don’t hate yourself for not being familiar with it – it was never available in Canada. Elsewhere, it was considered a basically a four-door variant of the Celica, model with which it shared its seats.

You might also consider it a cousin of the Corona, or to a lesser extent the Corolla. The model you see here was sold from 1996 to 2001 and constituted its seventh and last generation. 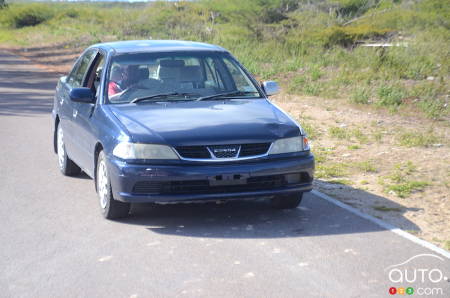 Here’s our official preview of the 2018 Los Angeles Auto Show, set to get underway on Wednesday. The big ticket items at this year’s edition come from all co...