Mazda and Toyota have for some time been collaborating on a number of fronts. There’s the Toyota Yaris, basically a rebadged Mazda2, but the two firms’ connections go beyond that. They have agreed, for example, to build an assembly plant together in Alabama at a cost of $1.6 billion USD; the facility will be used to produce the Toyota Corolla as well as a new Mazda SUV starting in 2021.

Now it appears the partnership between the Japanese automakers could extend further. In fact, Japanese media outlet Best Car reports that Toyota and Lexus are interested in using the new FWD platform currently being developed by Mazda, as well as an inline-6 engine that’s also in the works.

We reported a few months back on that new engine Mazda is working on. The new unit is in fact an elongated version of the company’s 4-cylinder SKYACTIV-X engine.

Unfortunately, we don’t much more than that about the engine Mazda is developing. We do know that the 4-cylinder version generates 178 hp in the Mazda3 sold in Europe, so the bigger new mill should produce quite a bit more power than that, especially since a 48-volt light-hybrid system could be included in some configurations. 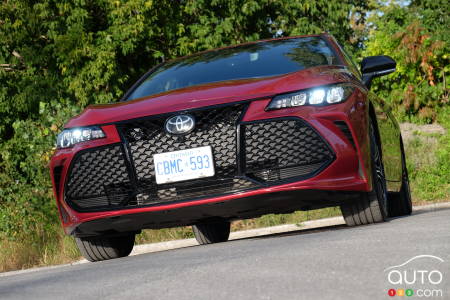 Best Car also reports that Toyota wants to use Mazda mechanical components for both the replacement it is preparing for the Toyota Mark X and a planned new Lexus coupe.

It’s worth noting, of course, that we won’t see the results of this reported new partnership before 2022.

Clearly the ties that bind Toyota and Mazda are proving solid and durable, which is great news for both companies – in particular for Mazda, which has to make due with more limited resources.