In the automotive industry, the filing of patents is extremely commonplace. Some of them are very concrete and lead directly to new features on vehicles, but other cases can frankly leave folks scratching their heads. Take the patent application made by Toyota that has come to light, for a mobile tanker that serve to recharge vehicles’ battery packs or refill their gas tanks.

The patent in question shows a trailer that contains different types of fuel, and is attached to a self-driving car. The idea is that a stranded vehicle’s operator can send a message to the self-driving car-and-trailer combo so it will come to their location to provide them with the necessary charge or fuel to get the vehicle moving again.

The system works simply by using GPS. The autonomous-drive car-trailer could also be called upon to make several stops, depending on demand, before having to return to a base to refuel and/or recharge.

The image in question shows us a stopped vehicle, of course, and we can imagine that this is how the system would work. It is difficult to imagine the logistics of a totally autonomous system that could run while the vehicle is in motion.

A patent like this raises a lot of potentially interesting possibilities. Maybe Toyota is just having fun with the concept and has registered it simply for being the first to do so, but perhaps it also envisions a future where the gas/recharging station comes to the consumer instead of vice versa.

An obvious possibility is that this kind of approach could be useful for charging an electric car in a place where no charging station is accessible. That said, the autonomous vehicle itself would have to retain sufficient range to get back where it came from.

Obstacles aside, the idea isn’t crazy, but its application in the real world is far from inevitable. 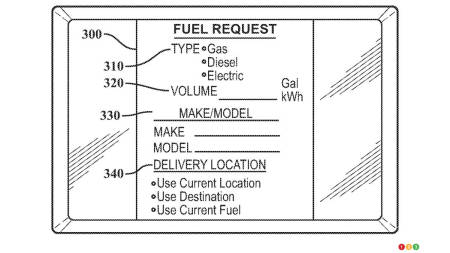 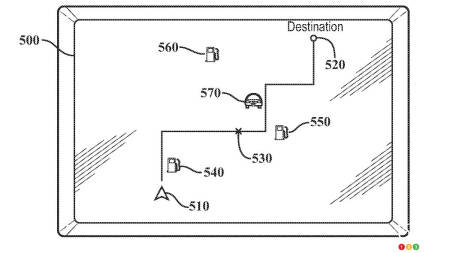 A Hitchless Towing System? Toyota’s On It!

One of the technologies currently under study by Toyota is a hitchless towing system. Here’s a video showing how this impressive – but still embryonic - syst...

The Volkswagen Group has unveiled a flying vehicle concept, or more specifically a flying taxi prototype. The model is still in its infancy, but several test...

Early this morning Toyota unveiled its new Crown sedan, a hybrid proposition in a format that is both out of fashion and very welcome. The Crown will come in...