Solid state batteries, also known as solid-electrolyte batteries, have been around for a few years now, but remain in the embryonic stage. We’ve been led for some time to expect the technology to enter passenger vehicles starting at some point in the early 2020s. We’ve now been given a first firm commitment that that will happen in 2021, and it was made by… Toyota.

The Japanese automaker, long masters the hybrid domain but relatively silent on matters all-electric, says it will introduce a functional prototype next year, with a production model to follow. This is according to the Nikkei news outlet.

This technology will usher in a new era for electric vehicles. Solid-state batteries are smaller and safer, recharge faster and have a higher energy density than the traditional lithium-ion batteries currently in widespread use. They use a solid electrolyte rather than the liquid or gel polymer electrolyte found in lithium-ion units, and because of this they require less physical space to produce the same amount of energy and are less prone to fire when damaged.

It's a win-win situation for whomever can be first to market with vehicles equipped with solid-state batteries. And the benefits don’t end there.

It’s estimated that a car equipped with this technology could have a range of 1,000 km and take only 10 minutes to recharge. Those are game-changing numbers to be sure. Also, electrolyte batteries deteriorate less over time; Toyota believes that they will be able to maintain 90% of their performance over a 30-year lifespan. The Japanese firm has already registered more than 1,000 patents related to this technology. 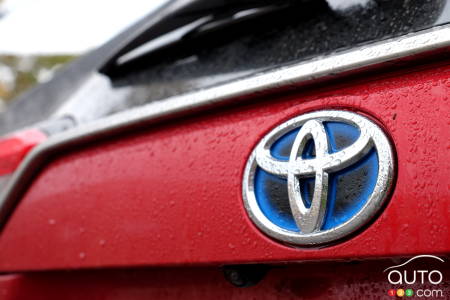 As you would expect, there remain many issues to iron out. The manufacturing of this type of battery continues to be a challenge. They require extremely dry conditions during production, and the raw lithium needed is a scarce resource. To help accelerate the development of this technology, Nikkei reports that the Japanese government plans to spend part of a new 2 trillion yen ($19.2 billion) decarbonization fund to build up electrolyte cell production infrastructure in the country. Industrial companies such as Mitsui Kinzoku, the oil company Idemitsu Kosan and Sumitomo Chemical are all preparing to manufacture solid electrolytes.

Volkswagen says it will produce its own solid-state batteries by 2025, and Nissan plans a prototype equipped with this technology in 2028.

Toyota is developing its battery in conjunction with Panasonic, a leader in the field. Toyota had planned to make an unveiling of some kind during the Tokyo Olympics last summer, but the coronavirus put the kibosh on that idea.

It looks like 2021 will be the right year for the first presentation of a concept equipped with the new battery system.

This is a story that we will continue to follow closely, because 1,000 km of range and a recharging time of 10 minutes could be enough to soften the opposition of many a hardened EV-skeptic in the years to come.