Suzuki has been absent from the North American market for a few years now, but the small Japanese automaker is still very active elsewhere. And as it happens, it is most present in markets where Toyota is not. The two companies have just announced a major partnership that should help both brands in areas where they need it most.

The first details to come out in regards to the agreement are intriguing, and they demonstrate to what extent the current battles being waged by manufacturers around the world are ferocious and take-no-prisoners in their approach.

For the moment anyways, the agreement touches on the companies’ activities in Europe, India and the African continent.

In a nutshell, Toyota will support Suzuki in Europe, where the smaller company has had difficulty establishing itself. Toyota has struggles of its own in that market as it faces stiff competition from domestic manufacturers like Renault, Volkswagen and Peugeot. In any case, Toyota will allow Suzuki to use its hybrid technology in versions of its RAV4 SUV and Corolla wagon. These will be marketed under the Suzuki banner. Toyota will build the latter model for Suzuki at its UK plant, with production getting underway in 2020. 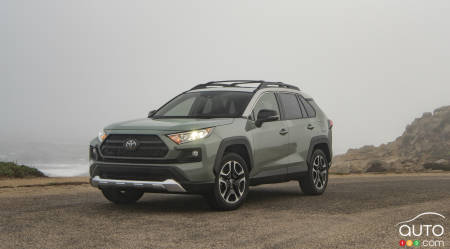 In return, Suzuki will help Toyota make inroads in India, where it has been a dominant player for decades. Two of its products made for that market, the Ciaz sedan and the Ertiga small SUV, will join the Toyota product line there. As well, four other models assembled by Suzuki in India will be added to the roster of Toyota models offered in Africa, a market currently in full expansion.

Within Europe, Suzuki will let Toyota build engines in its Polish plant.

Lastly, the two companies will work together on a passenger vehicle destined for the Indian market, with Toyota building both versions, its own and Suzuki’s. The Japanese automotive giant will also help Suzuki meet the strong demand for its Vitara model by assembling it in the plant it is opening in India in 2022.

Clearly, the agreement is wide-ranging and runs deep.

For now, anyways, none of it has a direct impact on our market. Although, it does raise the hope that Suzuki could let Toyota use the small Jimny SUV it produces for other markets. The Jimny is an esthetically gorgeous little vehicle and it’s not hard to imagine it could be successful here. 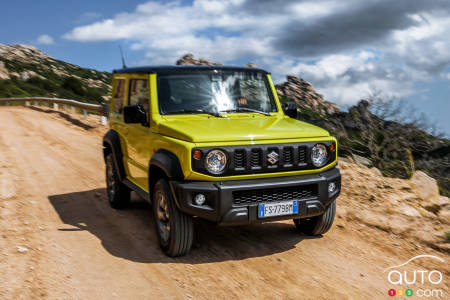 Working in a Car Assembly Plant: A Job for Super Heroes, ...

When Toyota Canada invited Auto123 to take a tour of its assembly plant in Ontario, we made like tourists and headed on down there! Think you know what it’s ...

Toyota Will Build SUVs and Not the Corolla at New Alabama...

Toyota says it will build a new SUV model and not the Corolla car at the new assembly plant it is building in partnership with Mazda in Huntsville, Alabama. ...