This week we reported on Jaguar-Land Rover’s problems supplying its British assembly plants with needed parts that it sources in China, and its decision to completely halt sales of its vehicles in that country as a result of the coronavirus crisis.

From a new report by The Guardian newspaper, we learn that within China, vehicle sales have come to a near-total standstill. In February to date, sales of new vehicles are down an astounding 92% as consumers stay home and many dealerships remain closed for the most part.

The numbers are sobering. Whereas in the first 16 days of February 2019 a total of 59,930 vehicles found buyers in China, this year that has plunged to 4,909. Cui Dongshu, secretary general of the China Passenger Car Association (CPCA) had this to say about the current state of affairs: 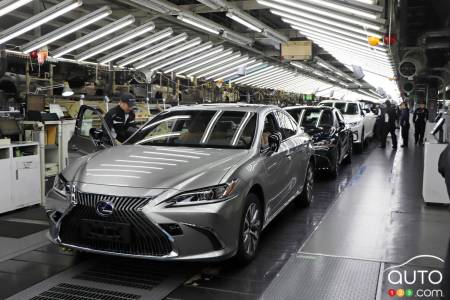 In the short term, there’s plenty of reason to believe that buyers who are currently staying home will still buy the vehicle they planned to once the threat from the coronavirus begins to subside. But if sales continue to be so heavily depressed for very long, it’s hard not to see how that will have a major impact on carmakers like Buick who depend on the Chinese market for a large percentage of their sales.

As well, today both Nissan and Honda announced they will keep their assembly plants inside China shuttered until at least March 11 as efforts to contain the spread of the coronavirus continue.

Coronavirus: 80% Drop in New Car Sales in February in China

Coronavirus is having a major impact on China's auto industry, which saw its sales drop 80% in February. The authorities are hoping for a recovery in the sec...

Boom or bust for the auto industry's Eldorado (China)?

This is no secret: China is the auto industry's equivalent of the Eldorado. Every major car maker - from Volkswagen to BMW, GM and Ford - knows that financia...

Number of Vehicles Sold in India in April: 0

Carmakers sold no vehicles in India in the month of April . Zero. While it's true that the situation has been more than difficult for the industry in North A...