Like it or not, self-driving cars will eventually end up on our roads. But when? Everyone seems to have their own idea, but if former Volkswagen and Apple executive Johann Jungwirth is to be believed, it's going to happen sooner than we think.

In fact, when it comes to self-driving vehicles, Jungwirth expects big things in the domain in the near-future, reports Automotive News.

Now a vice president at Intel-owned Mobileye, Jungwirth says driverless cabs will be on the road in Germany by next year.

Mobileye, which supplements its camera-based driver assistance systems with help from Luminar (a lidar manufacturer), has gotten approval to test Level 4 technology in Germany, the country closest to allowing driverless vehicle technology to be commercialized.

Mobileye expects robot cab fleets to achieve Level 4 capability, which means the vehicles will be able to do the driving, between 2022 and 2025.

“At that point a person can decide whether to purchase a car with or without a steering wheel,” he said at a conference on smart cars organized by Automobilwoche, sister publication of Automotive News Europe.

That may sound like pie-in-the-sky optimism, but with all the concepts being shown without steering wheels in recent years, it makes you wonder. The latest to appear is the Audi Grandsphere, unveiled just last week. The interior of luxury sedan can be transformed into a living room, with the steering wheel tucked away and out of sight, and the driver's seat can recline up to a 60-degree angle.

Audi executives have stated that they intend to sell a vehicle compatible with Level 4 technology to consumers by 2026.

It remains to be seen whether these future models can, or will, be delivered without a steering wheel. 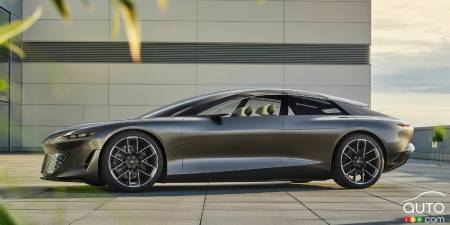 A Hitchless Towing System? Toyota’s On It!

One of the technologies currently under study by Toyota is a hitchless towing system. Here’s a video showing how this impressive – but still embryonic - syst...

Whether you’re in favour or not, vehicles able to drive mostly autonomously are about to become a reality. We recently put Cadillac’s Super Cruise system to ...

Understanding the Various Levels of Autonomy in Vehicles

Intrigued and/or confused about autonomous vehicles, often referred to as self-driving or driverless cars? We’re here to help sort things out.