Vietnamese automaker VinFast continues its rollout on to the North American market, as it presented three more new EVs during the 2022 edition of the Consumer Electronics Show this week.

The company had previously introduced the VF e35 and VF e36 models at the Los Angeles Auto Show in November. These have since been rebranded the VF8 and VF9, respectively, and now they are officially joined in the VinFast North American lineup by the VF5 (A segment SUV), VF6 (B segment SUV) and VF8 (D segment SUV). Expect all of them to be sold in Canada when the time comes, with the possible exception of the smallest model, the VF 5, which has not yet been confirmed for North America.

Confused by the nomenclatures? Don’t be. Basically, VinFast is rolling out an all-SUV, all-electric five-model North American lineup ranging in size from small to big.

The automaker has designed all of those models to be pretty recognizable, so all feature the same basic front-end elements like the wing-shaped LED lighting, and the same sculpted silhouettes. 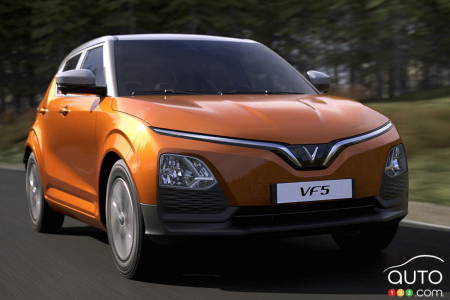 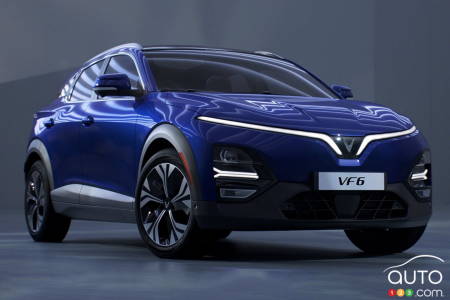 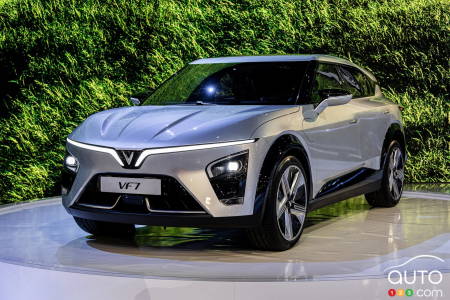 VinFast did not go into detail regarding the specifications of the each of the SUVs, but we know that they will integrate as much tech as possible, so that users can do things like stream videos, play games, shop online, even control their smart home devices. Basic variants, meanwhile, get Level 2 autonomous drive technologies, while Premium variants up that to Level 3 and even Level 4 capabilities.

While we didn’t get images of the vehicles’ interiors today, expect large multimedia screens as we’ve seen in the VF8 and VF9.

Leased batteries
Another innovation VinFast is implementing with its North lineup is the concept of leasing the battery systems that will power the SUVs. The asking price of each model will thus not include a battery pack; rather, buyers will choose the pack they want and lease it from VinFast.

To this end, the company has two subscription plans: Flexible allows for driving up to 500 km per month, with an extra fee applied for kilometres driven beyond that. Fixed is the option for those who want a one-price, unlimited-mileage plan.

According to VinFast, the system will make the cost of driving one of its vehicles about the same as an equivalent gas-fed vehicle. Meanwhile the automaker will cover all costs related to battery maintenance, and replace the battery at no charge if charging capacity falls below 70 percent. And of course, the cost at the pump will be… zero dollars. 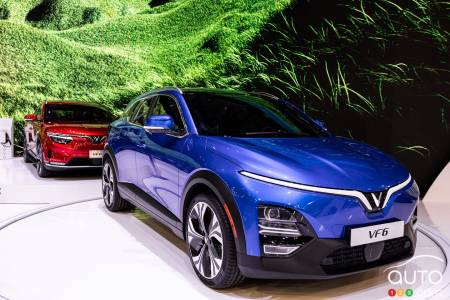 Photo: VinFast
The VinFast VF6, in front of the VF 8

2022 launches
The company plans to launch the VF8 and VF9 onto the North American market in late 2022, with the three newly introduced smaller SUVs following in 2023. Buyers can place orders for the first two models as of now.

Pricing in the U.S. for the VF8 will start at $41,000 USD for the Eco version, and $48,000 for the Plus variant. For the VF9, those figures are $56,000 and $61,000, respectively. Canadian pricing should be announced in the coming weeks. The delay in setting prices for our market, according to Hans Ulsrud, Chief Growth Officer for VinFast Canada, is explained thusly:

“We’d like to see the application of an EV incentive (before setting Canadian pricing). We have a goal for an EV incentive. There are very aggressive targets for the Canadian government to hit by 2035, so if we want great adoption of EVs, what we’re expecting is maybe some of those limits will be adjusted.”

There will be credits of $3,000 and $5,000 (VF8 and VF9, respectively) coming to those who place reservations early for the models; it’s not clear yet whether credits will be available to Canadian consumers.

VinFast also announced this week that it is planning to build EV battery cells in the U.S., likely at a facility incorporated in its future American manufacturing complex. That plant is expected to be up and running in the latter part of 2024. Le Thi Thu Thuy, Vingroup vice chair and VinFast Global CEO, said in Las Vegas that the company had narrowed down the list of potential sites for the plant to three. 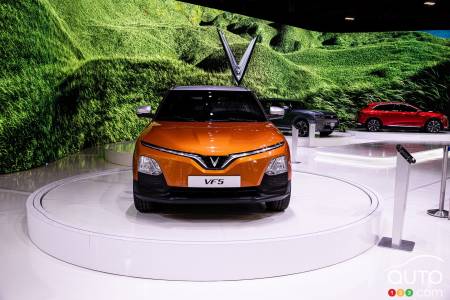 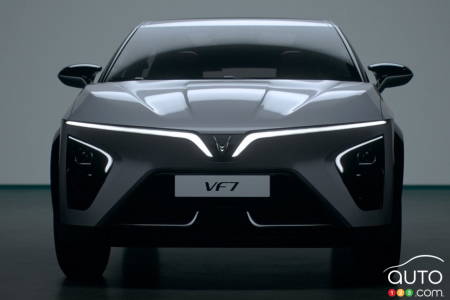 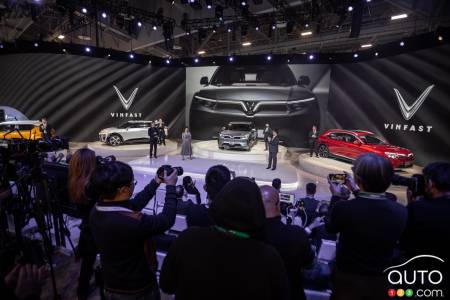 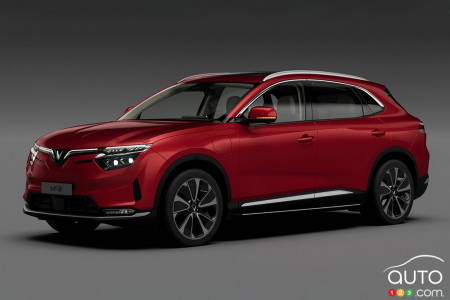 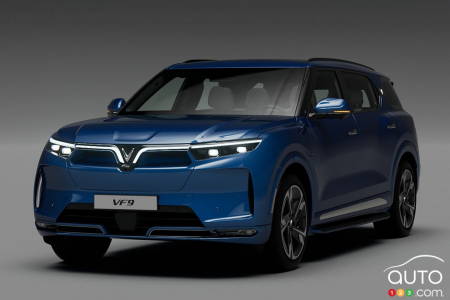 Vietnamese automaker VinFast will present three more new all-electric models at the next Consumer Electronics Show in January to go with the two it premiered...