Auto123 went to Italy to visit some superb museums dedicated to the automobile. Today, in the first of three installments, a look at the works of art signed Pagani. Still to come: The Ferrari and Lamborghini museums!

Modena, Italy - 15 kilometres west of Modena you’ll find the small town of San Cesaro Sul Panaro. If that name doesn’t ring a bell, you’re not alone. It's a rather anonymous place in the middle of fields and vineyards. At the bend in the road, a designer building suddenly appears that stands in complete contrast to the banal appearance of the industrial area we passed through to get here. On the glass and aluminium structure are six letters that have become famous in the automotive world: Pagani.

On the outside, a beautiful grey Zonda announces the place’s colours before we’ve even passed through the main door. You also can’t help notice that Pagani’s facility is a small structure. The museum, the design studio and the factory are all in the same place. 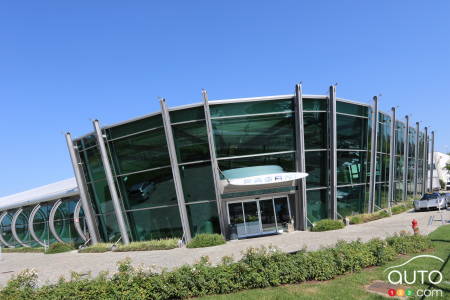 Photo: Auto123.com
The Pagani factory, design studio and museum, a few kilometers from Modena in Italy.

Although it isn’t very big, the museum harbours some real nuggets and models that are necessarily rare and precious since Pagani produces vehicles in very small quantities.

The entire first section is dedicated to the history of Horacio Pagani, founder of the brand. Clearly very attached to his creations, he kept absolutely everything, even the miniature racing cars he made when he was growing up in Argentina. The museum also exhibits the first motorized vehicle ever built by Horacio. At the tender age of 16, he built a small motorcycle from parts salvaged here and there. 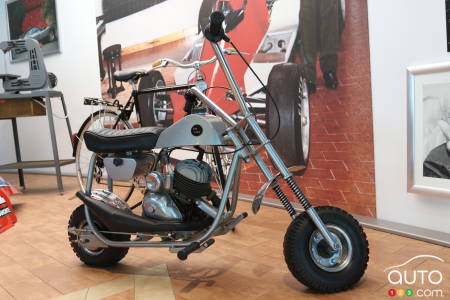 From Argentina to Italy

Gaining confidence and improving his skills over the years, Horacio Pagani turned to motor racing. The first car to bear Pagani's name was not an exotic car but a Formula 2 single-seater powered by a Renault engine. At the age of 24, he designed the chassis, running gear and bodywork. Forty years later, the quality of the car's construction is impressive considering Horacio's young age at the time. 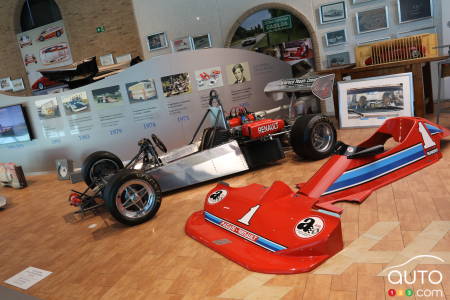 The success of his Formula 2 lead to Pagani meeting the great Juan Manuel Fangio, an encounter that would change Horacio’s life. A legendary driver then already retired, Fangio remained very influential in the automotive world. Seeing great potential in this young man who had built his own single-seater, Fangio recommended him to Mercedes-Benz and even sent a letter to Enzo Ferrari. The latter offered him a position in the competition department of the Scuderia Ferrari – an offer that Horacio refused!

Eventually, he was hired by Lamborghini. The first vehicle he worked on was the LM002 SUV. Two and a half years later, he was director of the composite materials department. In the mid-1980s, these lightweight and very resistant materials were still reserved for aviation and high-level motor racing like Formula 1. Horacio immediately saw the enormous potential of composite materials, which would be used for the first time on the Countach Evoluzione on which Horacio worked. Photo: Auto123.com
When he was young, Horacio Pagani made model cars.

Wanting to take things even further, Horacio asked Lamborghini to purchase an autoclave oven, an indispensable element for shaping and curing carbon fibre. But the Italian firm remained skeptical about this technology. The indefatigable Pagani took out a bank loan to buy an autoclave with his own money! But, because Lamborghini had not bought the equipment itself, it was not possible to install the equipment there. Pagani then founded a company specialized in the field: Pagani Composite Research.

The company would maintain close ties with Lamborghini, but it also went on to develop a wide variety of objects such as bike saddles, sulkys for horse racing, fairings for racing motorcycles, etc. The arrival of the Zonda

But Horacio Pagani's ultimate dream was, of course, to build his own cars, as Enzo Ferrari and Ferruccio Lamborghini had done before him. The realization of that dream came in 1999 with the presentation of his first exotic vehicle, the Zonda C12.

Passionate about car design, Pagani paid close attention to every detail, and frankly it's impossible to find any overlooked element to the car, no matter where you look.

A number of Zonda cars are on display in the Pagani Museum. Each of the cars has a specific history, but one of the most amazing is the Zonda "Nonna" (Italian for grandmother). In fact, this is the N°2 chassis that was used for homologation and dynamic tests (on road and circuit) and it now has 500,000 km on the odometer! 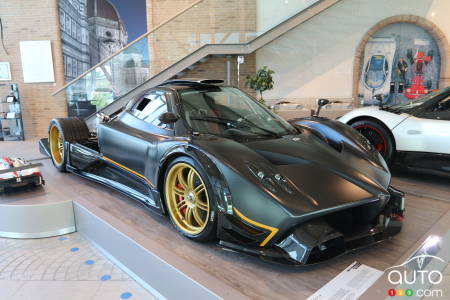 The visit ends with the latest Huayra, whose open doors allow you to admire the incredible work done inside. A visit not to be missed if you are on holiday in Northern Italy. 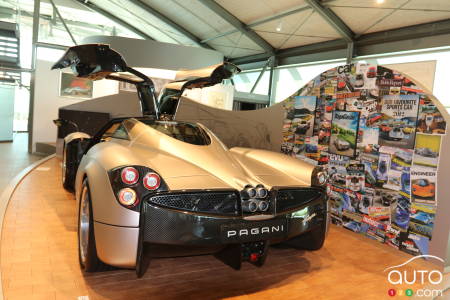 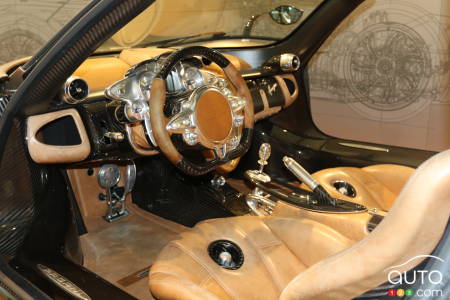 The Pagani Zondas on display. The Car Museums of Italy: The Ferrari Museums

Auto123 went to Italy to visit three of the finest museums dedicated to the glories of Italian car designs and performance. Today, in the second of three ins...

Simplicity and Something: Honda Plays Up New Interior Des...

Honda has previewed the design signature for the interiors of its future models. Simplicity and Something, as the automaker calls it, seeks to combine the si...