Slowly, the Volkswagen Golf is evolving. Slowly because despite the succession of generations, the model is still as recognizable as ever. Its shape has become a signature.

Volkswagen has unveiled the next version of the GTI performance model before its official debut at the Geneva Motor Show next week. Most notably, the car will feature more digital screens and more power. 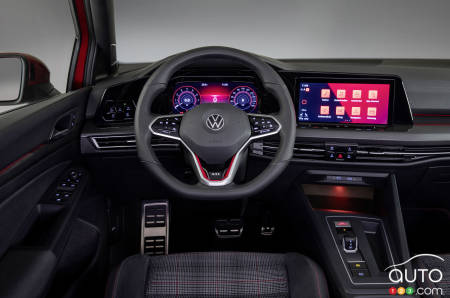 But so will the next Golf. What sets the GTI apart from its regular sibling are its mechanics. The next-gen small hatchback is powered by a 2.0L 4-cylinder engine. In Europe, power will increase to 245 hp., though U.S. performance figures haven't been announced yet. Volkswagen spokesman Mark Gillies did confirm to website Motor Authority that power in the North American version of the new GTI will increase from the current model's 228 hp, but not to the point of reaching the European variant's capabilities.

Power is transmitted to the front wheels via a 6-speed manual gearbox or a 7-speed dual-clutch automatic transmission.

The next GTI benefits from an updated version of the current model's MQB platform. The latter features front struts and an independent multi-link rear suspension. A new system called Vehicle Dynamics Manager controls both the limited-slip differential and the adaptive shocks. Drivers can choose between Comfort, Eco, Sport and Individual drive modes. All of the GTI's design features you’d expect to find are present. The lower front grille features a honeycomb pattern that houses the optional X-shaped fog lights, while the LED headlights are accented by a band of red and white daytime running lights that span the entire width of the face. Rocker panel extensions add some pizzazz to the car’s profile, while the rear end is equipped with the standard GTI dual exhaust system, with one outlet per side. In Europe, 17-inch aluminum wheels will be standard with 18- and 19-inch wheels available as options.

Inside
The cockpit, very nearly button-free, features the familiar (golf-ball-shaped) gear knob for the manual transmission, but those who opt for the automatic will benefit from a more traditional shifter. The sport seats are covered in the traditional plaid fabric, though now with a new pattern. On the leather-wrapped, three-spoke, flat-bottomed steering wheel features touch-sensitive buttons for access to the 10.25-inch digital instrument cluster and 10-inch touchscreen multimedia system. 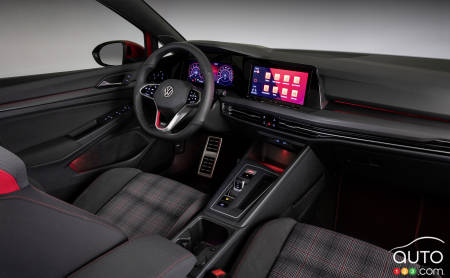 The new GTI will launch commercially in Europe in the second quarter of 2020 and is expected to arrive in North America a year later. Patience… 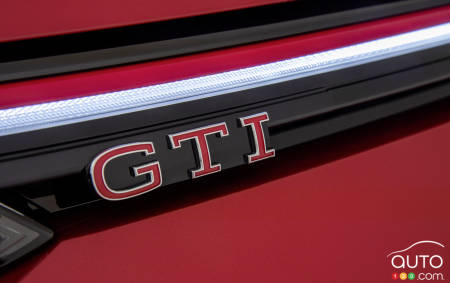 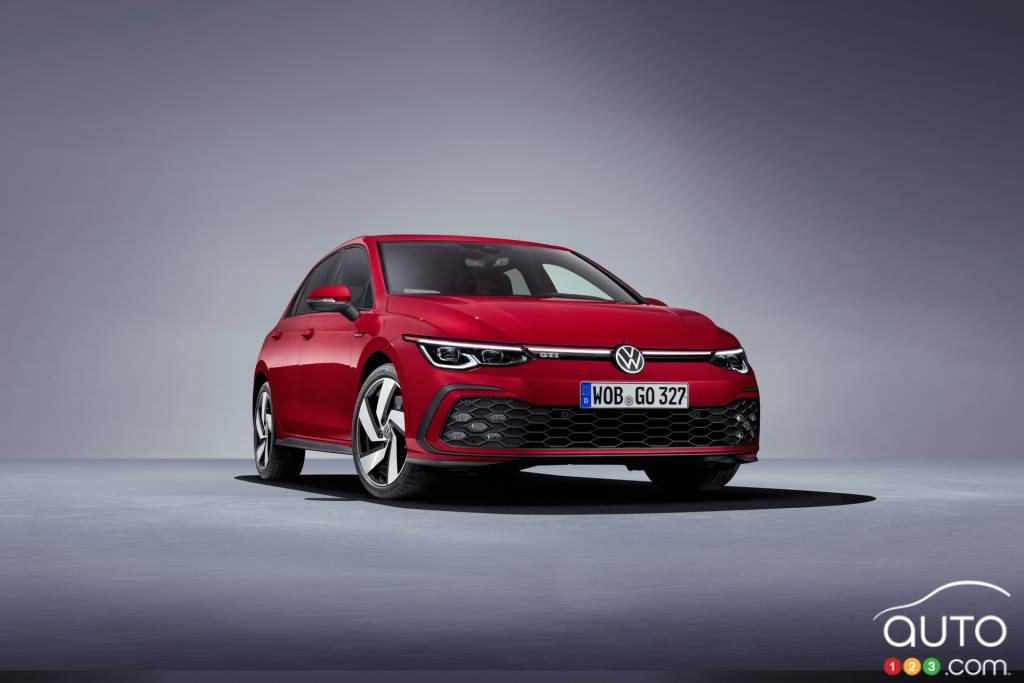 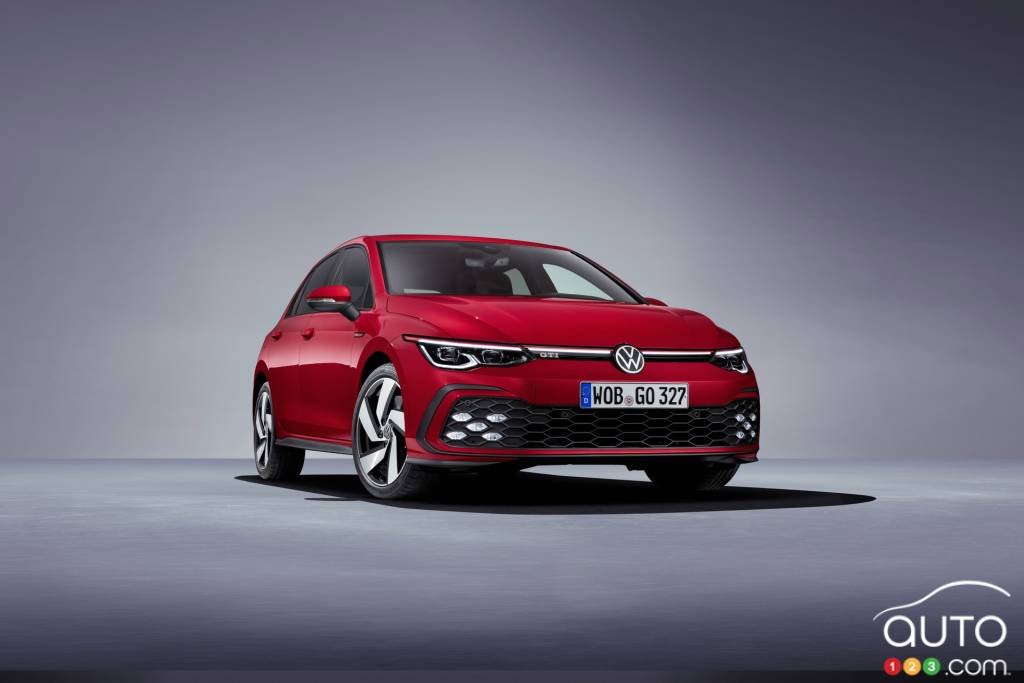 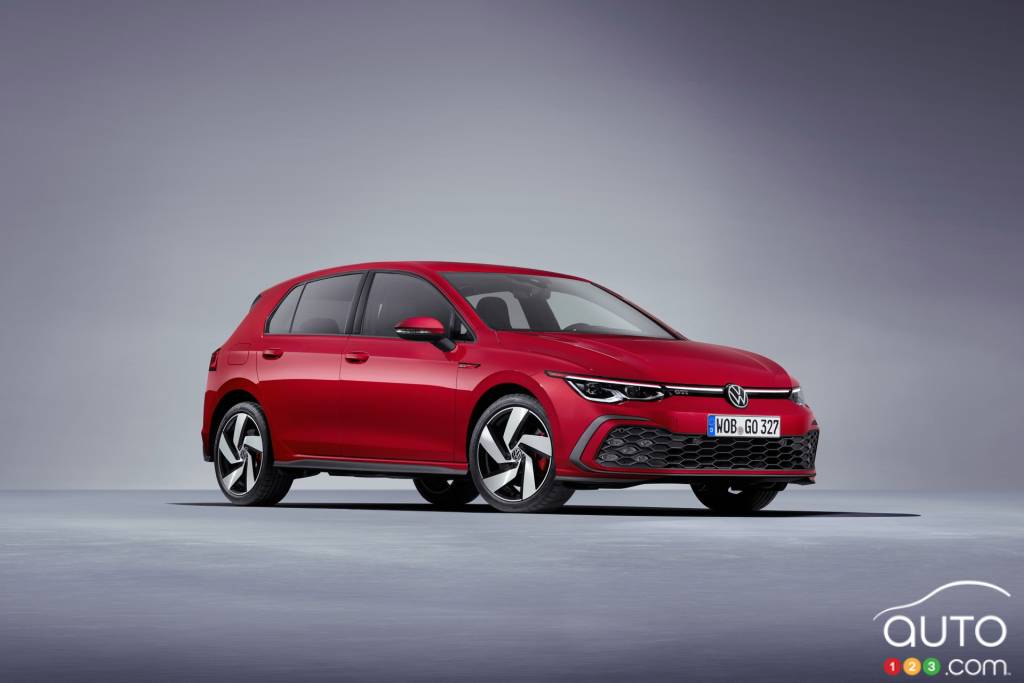 Volkswagen Teases new GTI Ahead of Debut in Geneva

Volkswagen has teased its new Golf GTI ahead of the variant’s big reveal at the Geneva Motor Show next month. At the same time it’s remaining tight-lipped ab...

A First Look at the Volkswagen ID.6

Volkswagen has given a sneak peek of another new electric model upcoming from its ID division. The automaker will actually present two versions of the ID.6 S...