When it first presented the ID. Buzz microbus concept in 2017, Volkswagen said its plan was to have a production version ready in 2022. That timeline has stayed intact… until today. The automaker has announced that the model’s debut is being pushed back by one year.

Those waiting impatiently for this retro-looking but thoroughly modern all-electric microbus will thus have to wait until 2023.

Confirmation of the postponement came from Volkswagen’s North American CEO, Scott Keogh, who spoke with Automotive News magazine. “I wish it was coming next year,” he explained. “It’s not going to come quite as soon as that; it’s going to be a little bit later than that.” 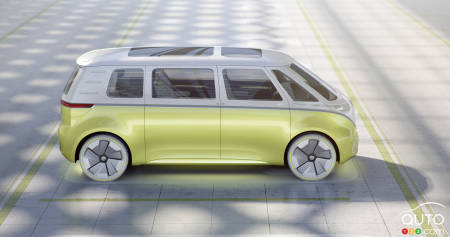 When production of the model does get underway, it will be at the VW Group’s plant in Hanover, Germany, which is currently being modernized so that it can produce electric vehicles. Volkswagen also plans to assemble ite Transporter van there.

The battery pack of the electric Microbus (it does not yet have a definitive name attached to it) will sit underneath the floor of the interior, freeing up a lot of space – ideal of course for a vehicle of this type. Volkswagen plans to produce variants for passengers and for commercial purposes (recall the presentation of the ID. Buzz Cargo).

In the meantime, VW fans eager for some electric models can look forward to the ID.4 SUV, which is built on the same platform that will underpin the future ID. Buzz. That all-electric model is set to début shortly.

See also: The Volkswagen ID. Buggy Won’t Happen After All 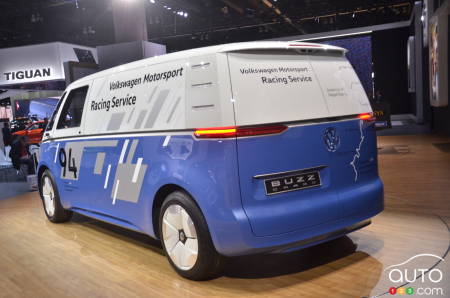 The ID. Buzz Won’t Be the Only Electric VW Microbus: The ...

Volkswagen has announced it plans on making another, distinct model based on its ID. Buzz electric microbus concept. The ID. California will be a Buzz-based ...

Production of the Volkswagen ID. Buzz Is Underway in Germany

Production of the Volkswagen ID. Buzz is underway at Volkswagen’s plant in Hanover, Germany. The highly anticipated modern, electric version of the iconic Mi...