This story has gotten a little monotonous in recent years: Sedan with rich past but fallen on hard times gets the axe. This time, the victim is Volkswagen's Passat. At least that's what the Wards Auto website reports, quoting a company executive who confirmed the decision.

The curtain will come down officially on the Passat towards the end of 2022 when the current-generation model reaches the end of its cycle.

Volkswagen CEO Ralf Brandstätter explained that the company “made the decision to stop marketing the Passat in the United States. The sales trend is very clearly in favor of SUVs, as the success of the Atlas shows”.

Note the reference specifically to the American market, though in this case it’s clear that the company includes Canada in its decision. Why? Because the Passat currently sold in Canada is in fact the Americanized version of the model, assembled since 2012 at VW’s Chattanooga, Tennessee plant. You'll recall that Volkswagen launched this car with great fanfare at the same time as the plant; the model’s mission at the time was no less than to conquer the North American market. And that's why our Passat differs from the one offered elsewhere in the world.

The Passat has a long history in North America. You can find its ancestor by taking a look at the Dasher, an older VW model available in two- and four-door hatchback versions, as well as a wagon version.

The decision to kill the North American is obviously a direct result of the continued growth of SUV segments. But we shouldn’t overlook the fact that Volkswagen is all in on producing more electric vehicles – and, eventually, only electric models. And since they'll probably be given new names, it's perhaps not surprising that the Passat is now on borrowed time. 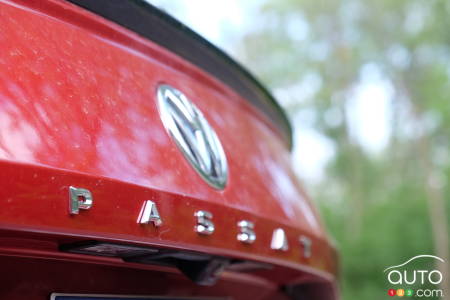 The 2020 Volkswagen Passat has a graceful simplicity that makes up only in part for a distinct lack of flavour. While we wait for VW to do something or get o...

Toyota and Volkswagen are postponing the North American re-launch of their production activities. At Toyota, the date has been moved from May 4 to May 11, wh...