Volkswagen is thinking big for its North American assembly plant in Chattanooga, Tennessee. The factory is already huge, but the company says it intends to expand it further and add a wing that will handle production of electric vehicles.

The expansion will add 564,000 sq ft to the section of the plant where vehicles bodies are put together, while a new 198,000 sq-ft wing will be used to make batteries.

Clearly the German automaker is setting the table for its big North American electrification drive. The first model to be offered in North America will be the ID. 4, a production version of the ID. Crozz concept. The company wants the model on the market in 2022, by which time the Chattanooga plant will be ready to handle production of the ID.4 and other EVs destined for our market. 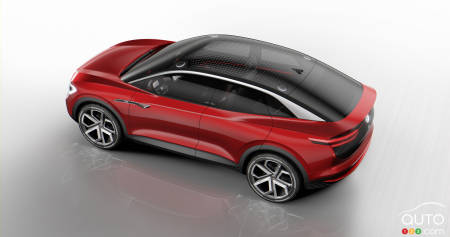 Volkswagen’s plan calls for an investment of $800 million USD and the creation of 1,000 new jobs in the region as the plant gets expanded. The company will hire the new workers next year and guarantee them jobs at least through 2022; this doesn’t take into account those workers who will be added subsequent to that for the actual assembly of the actual new models.

Volkswagen will actually be building electric vehicles before 2022, of course, this at its factory in Zwickau, Germany. We don’t know at this point if the automaker intends to export any of those EVs across the pond prior to production getting underway in Tennessee.

Once upon a time Volkswagen did take heat for the seeming slowness of its progress towards electrification, which didn’t seem to match the ambitious talk from its top brass. Now there’s ample evidence of the company moving into high gear as it starts to produce electric vehicles, on both sides of the Atlantic.

Production of Volkswagen’s new three-row midsize SUV will soon begin in the U.S. Take at look at the first assembled metal test.