It's already been a few years since Volkswagen presented, in concept form, a modern and electrified version of its famous Microbus. That was in 2017, and from the get-go the too-cool-for-school ID.Buzz had folks keeping their fingers crossed this was one prototype that would eventually go into production.

Simply, it was one of the most spectacular design studies that had been unveiled in ages. And now, we get confirmation of what had been suspected for some time: the model is going to happen, and it will launch in North America at some point in 2023.

Citing comments from Carsten Intra, the head of Volkswagen's commercial vehicle division, Car and Driver magazine reports that the production version of the ID.Buzz concept (the actual name of which has yet to be decided) will show up in North American showrooms in 2023, about a year after its European debut.

The model will be built at Volkswagen's plant in Hanover, Germany. So we can expect a mid-2023 debut and the model to be a 2024 model. 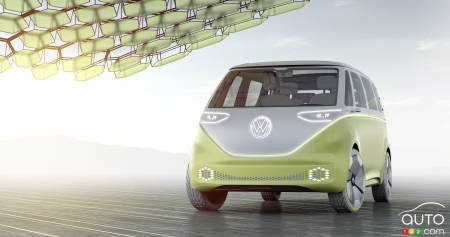 Carsten Intra also provided some details on how the model lineup will be structured. While European buyers will have a choice of passenger or cargo variants, we'll only get the former configuration.

Short- and long-wheelbase models will be offered in global market, but North America will get only the latter format. Volkswagen will assemble the ID.Buzz on the MEB modular platform found under the ID.3 and ID.4 models, among others. Power for the entry-level version will come from a rear-mounted electric motor, with a capacity of about 200 hp. The more expensive versions will get two motors and all-wheel drive. In this case, the output will be around 300 hp.

Of course, we won't know anything about Canadian pricing and details regarding trims and features until the actual model is about to make its debut here.

Patience is in order, then, but the good news is that the ID.Buzz is confirmed. 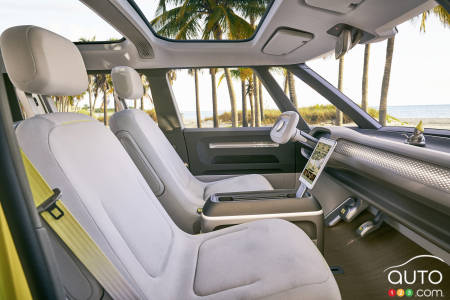 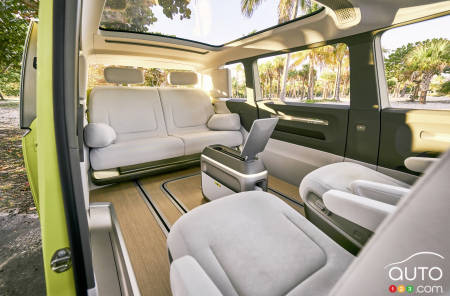 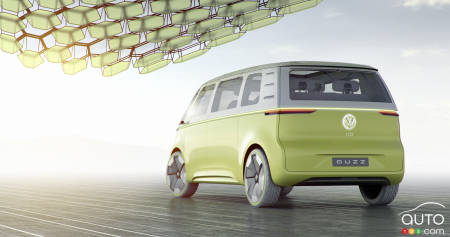