The electric models in the ID range that Volkswagen is gradually rolling are built on an EV-dedicated platform, the MEB architecture. The automaker wants to exploit that platform to a fuller extent, and so during a recent presentation to its investors, it revealed its goal to make this platform even more efficient by offering more range.

Specifically, Volkswagen outlined some upcoming changes to that MEB platform, and with those it wants to find a way to increase the range available with its ID models to 700 km on the European WLTP cycle – which translates into something around 600 km by our standards.

In Europe, the ID.5 Pro Performance has a range of 513 km with the largest battery offered, which is 82 kWh (77 usable kWh), again on the European cycle. while the ID.4 currently offers 431 km there (after initially offering a range of 402 km). 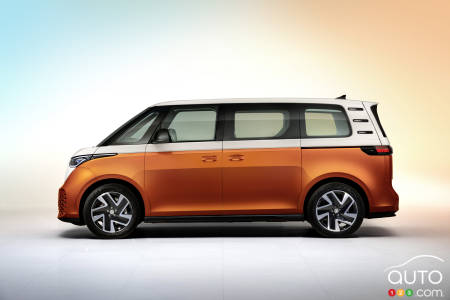 Either way you calculate things, we’d be looking at a significant increase if Volkswagen were able to increase range to 600 km or more in North America. In doing so, another benefit to consumers beyond the obvious would be a raising of the bar that other automakers would be compelled to try to match.

Volkswagen also outlined two other items on its wishlist: increase output for improved performance on the road, and boost the maximum capacity for fast DC charging, which would jump from 150 kW to 200 kW.

The company did not specify how it plans to achieve these goals, but it’s clear it would mean making significant adjustments to the MEB platform powertrain, plus coming up with larger or differently composed batteries and developing more powerful motors. The timeling VW has set for itself to achieve these goals is 2026, when the next-generation platform (the SSP) is expected to be ready.

It’s possible that the MEB platform won’t allow Volkswagen to get where it wants to go with its EVs, and that the changes promised this week could also only come about with the new structure; that remains to be seen.

What is certain is that within 5 to 10 years, the current 400 km standard for BEV range may be obsolete, much like the 150 to 200 km range offered by the first generation of electric cars (not including Tesla, of course, which forced everyone to up their game).

All this is good news for consumers looking to buy an EV in the coming years, of course.