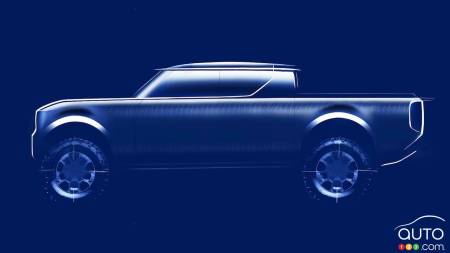 In September 2021, we reported on rumours circulating that the return of the Scout name in the automotive industry was a distinct possibility, more precisely within the Volkswagen group.

We invite you to read our previous article on the subject first, just to understand what a strange and unusual path brought the Scout name to belong to the German auto giant today. You'll see, it's worth it.

This week, a new report by the Wall Street Journal, citing anonymous sources, claimed that Volkswagen plans to strengthen its presence in North America by reviving the Scout name, this time as a sub-brand focused on electric off-road vehicles.

According to the Wall Street Journal report, Scout will become the name carried by a sub-brand of the Volkswagen Group. The division would have its own management team, and thus would act as a peer within the group to the likes of Porsche or Audi, for example.

Volkswagen confirmed all of this yesterday, May 11. 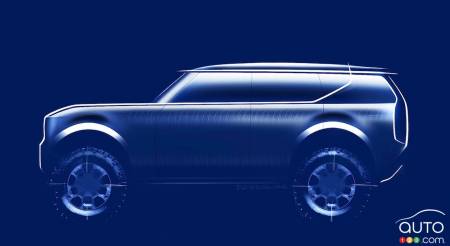 Initially, the new banner will offer two models, a pickup truck and an SUV. Both will be built on a new all-electric platform, but of course, no details are being shared at this time. The SUV will be based on the Atlas format, while the pickup truck will be based on the dimensions of the Amarok, cousin to the Ford Ranger. Scout is said to have Rivian's R1T and R1S models in its sights as competitors, to give you an idea.

Volkswagen is reportedly investing $1 billion in the project, although Reuters reports an initial investment of 100 million Euros. Both publications report that some of the funding will come from outside sources and that an IPO is in the works. The launch of the Scout brand will involve building a new factory in the United States.

That's a lot of information right there. And the gamble is very risky, especially with the stakes being so high.

The first two concepts are expected in 2023. In the meantime, the company has provided us with two sketches of the upcoming models. For those who are familiar with the old Scout models, you can recognize the shape of the profile specifically in terms of the grille and the headlights.

Production will begin in 2026 and VW says it hopes the new brand can sell 250,000 vehicles per year in North America.

Volkswagen boss Herbert Diess says he believes it’s too early for the automotive industry to hope to make a full shift to all-electric lineups just yet. At t...

Volkswagen has announced plans to substantially improve the electric range of its models built on the MEB platform. Roughly speaking, the automaker is aiming...