Volkswagen recently pulled its largest sedan from our market, the Arteon, even though it was a recent model and had just been updated. Such is the fate of sedans these days. But, fans of the car format may soon have a new option in the Volkswagen lineup, in the form of an all-electric sedan.

The company is set to unveil the ID. Aero next week, on June 27 to be exact. This EV is actually the evolution of the ID. Vizzion first introduced to the world at the Geneva Motor Show wayyy back in 2018. Certainly the model has changed somewhat in appearance since then, but its sedan format remains very recognizable.

Shape aside, the ID. Aero will share many of its components with existing electric VWs like the ID.4 SUV. 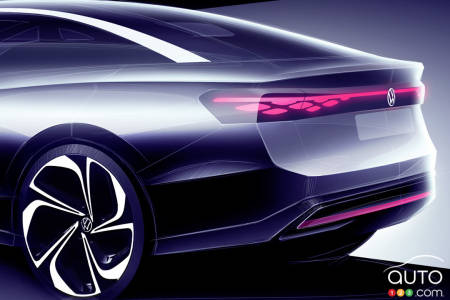 The latest sketches reveal a very angular front end and large headlights in line with the styling language of the company's current ID.-badged all-electric models. At the back, the prototype's light bar has been retained, albeit slightly modified as it’s now higher and a little less extended. The new model also features various elements of the ID. Vizzion’s follow-up, the 2019 Space Vizzion concept. Taking a look at the three studies, we can see the evolution of the pencil stroke over time.

No technical information is being shared at this time, but with electric vehicles, it's easy to guess what's coming next by taking a look at what's driving the brand's other electric models. We'll have a chance to confirm this soon enough, the ID. Aero June 27 unveiling coming up in a matter of days.

The model will first be offered on the Chinese market in the second half of 2023, but Volkswagen says that a version will also be produced for Europe and North America; that one should be ready for an official presentation in 2023. 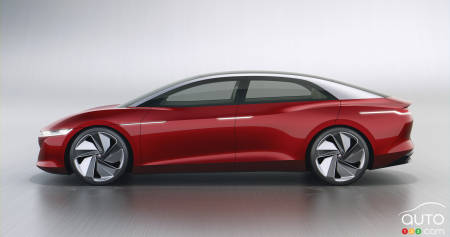