•    A company called Xpeng AeroHT has made a first test flight of its flying car.

•    The test flight lasted a few minutes and the car reached an altitude of 33 feet while remaining stable at all times.

•    The particularity of the tested model is that it can take off and land vertically, helicopter-style.

Several flying car concepts have surfaced in the last few years, most recently at the 2022 Detroit Auto Show; there we were able to see two prototypes up close, and watch flight demonstrations by one of them.

Typically, the concepts being developed take the form of small, light aircraft that transform into small cars once on the ground. What this means is that they need a runway for takeoff and landing, which limits their use, especially in urban areas.

Not so in the case of a concept being developed developed by a company called Xpen AeroHT. This car can take off and land vertically, like a helicopter. The vehicle looks like a conventional car to which giant propellers have been grafted on the roof. These are designed to fold up when the car needs to move around on the ground. 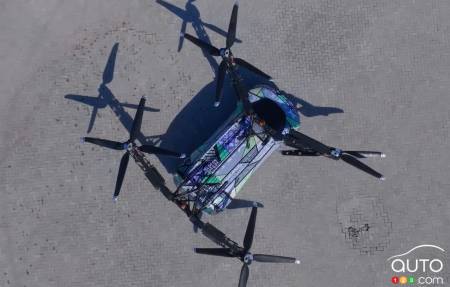 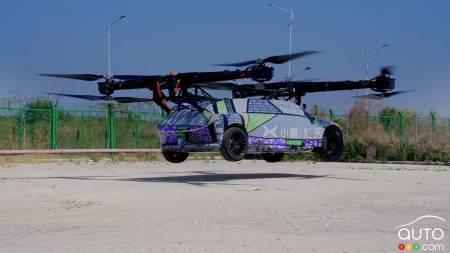 The Xpeng AeroHT prototype is powered by batteries and weighs about 4270 lb. During its test flight, it reached an altitude of 33 feet and was stable during the manoeuvres it was made to perform. During this test, an operator used a remote controller when the vehicle was aloft.

Xpeng AeroHT said it sees its concept as ideally suited for small, low-altitude flights, perfect for escaping traffic jams, or passing over river or other obstacles, for example. For longer flights, Xpeng AeroHT is developing a separate model called the X2, designed to function as a flying cab.

The company said the model it just tested would be subject to various laws and regulations for commercialization, but it hinted that it would be ready for market in 2024 at a price of about $140,000 USD. 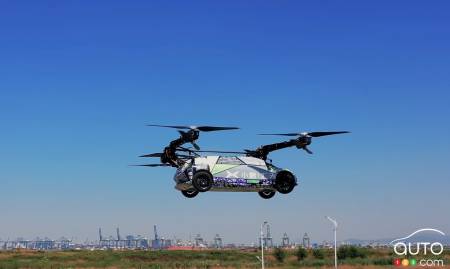 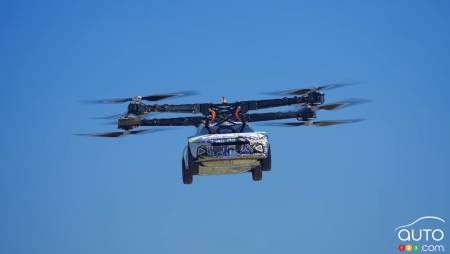 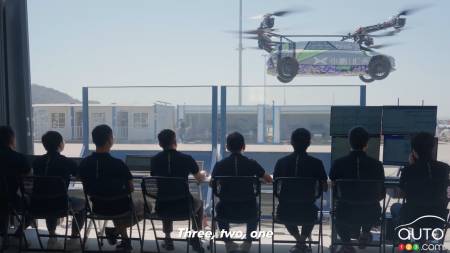 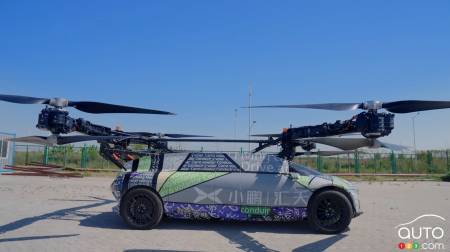 Students are always looking to party, you say? Well, for some, the party will just have to wait because for now, they have a race car to build. A race car? T...

INFINITI is officially unveiling its Prototype 10 during Monterey Car Week as part of activities surrounding the Pebble Beach Concours d’Elegance. The new co...