Yamaha has announced it will soon be unveiling an electric motor specifically designed for electric cars. The compact 800-volt unit is capable of generating 496 hp. It was developed with the idea that it could be used in conjunction with another unit in the same vehicle, so a model using two of these motors could be extremely powerful. Yamaha also points to the compact size of its creation, the result of integrating the gear and converter into one piece.

And this isn't the only electric motor Yamaha has developed. Since last year, the company has begun to expand its activities to include the development of motors ranging from 47 to 268 hp. The first versions were created for personal mobility vehicles and motorcycles, while the more powerful ones were designed with passenger vehicles in mind. Those engines were commissioned by other companies for use in their respective products. 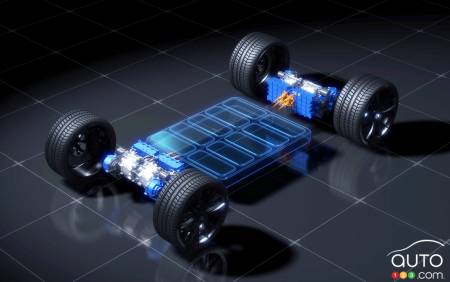 With this approach, Yamaha is stepping out of its comfort zone, as its bread and butter up to now has been producing internal combustion engines for motorcycles. However, designing powertrains for other companies is a natural extension of Yamaha's business; the firm has a long history of building gasoline engines for other car manufacturers. In 1967, for example, it worked on the design of the inline 6-cylinder engine for the Toyota 2000 GT.

Over the years, the company has also developed twin-cam engines for sports cars like the Toyota AE86 and MR2. Thanks to its relationship with Toyota, Yamaha engines have also found their way into sports cars like the Lotus Elise. More recently, Yamaha participated in the development of the V10 engine for the Lexus LFA.

As for its electric motor, the company says it will accept orders to build prototype vehicles starting this month. The electric motors are designed to be easy to install, but power and cooling methods can be tailored to specific customer applications. The motor will debut at the Automotive Engineering Exposition in Yokohama, Japan, taking place May 26-28.

The Integra Will Likely Be Acura's Last New ICE Model

The Acura Integra will, it seems, be the last new Acura car with a gasoline engine brought to market. According to Automotive News, which spoke with a senior...

Ford’s Eluminator electric crate motor came and went at the SEMA show. Buyers snapped up all available stock on the kit, which confirms once again the strong...