These days, when you catch sight of a Volkswagen Type 2 on the road, most often it’s a Westfalia recreational vehicle, made for camping trips. But did you know that, as early as 1950, Volkswagen also offered consumers a Type 2 Microbus, able to take in eight passengers?

While the Westfalia is a common sight at classic car gatherings, it’s pretty rare to see a Microbus. The heavier duties the latter model was exposed to over their lifespans might explain why so few of them are to be found today.

I was fortunate enough to get to know the owner of a Microbus a few years back, and when he offered me the keys for a little test drive, I jumped at the chance. 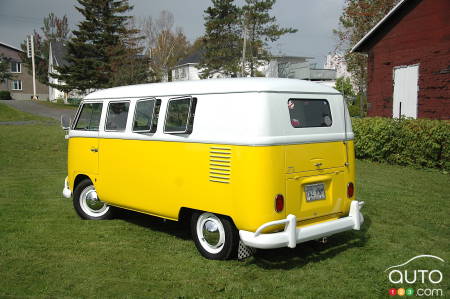 Here, the results of a test drive unlike any other. But first a little look back at the fascinating back story of the model…

A crazy idea
Of course, the story of Volkswagen gets its start with the Beetle, then known as the Type 1. The origins of Volkswagen stretch back to 1932. That year Adolf Hitler set down on paper some design ideas that would eventually lead to the creation of the very first Beetle.

The car was created by Ferdinand Porsche, who had been hired by Hitler for the job, and saw the light of day just prior to World War II. It wasn’t until after that horrible conflict was finally over that large-scale production of the car began. Ironically, by that point the company was under the control of the British army. The first exports of the model began in 1947. Two years after that came the unveiling of the first Type 2; it was offered to consumers starting in March 1950. 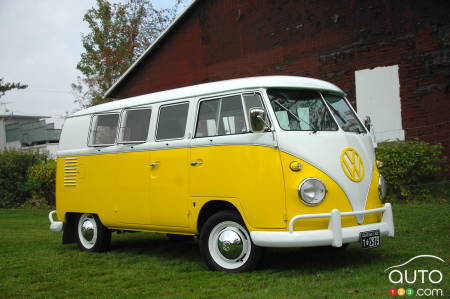 Let’s agree the idea for the Type 2 was crazy, and original, and daring. The concept was to take a box-shaped body and bolt it to the chassis of a Beetle. The hard part wasn’t so much the technical stuff, rather the difficulty lay in attracting consumers totally unused to this kind of vehicle, especially in North America.

The ideal context
The immediate post-war period in Europe was one of reconstruction, however. Thus the arrival of a practical, simple vehicle that was affordable and reliable was naturally going to hit the right nerve among consumers.

The challenge in North America was different. On this side of the pond big vehicles were still the transportation of choice. The automaker ran aggressive and original ad campaigns to convince buyers that getting a Volkswagen Type 2 vehicle just made perfect sense.

Among the pitches made to consumers was the incredible cargo capacity of the Microbus, the ability to personalize its interior (for example by removing pivoting the middle bench), its stinginess at the pump compared to other models of the day and the low maintenance costs associated with it. 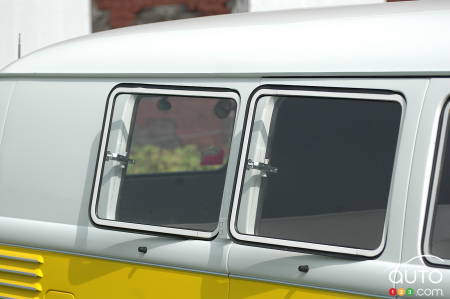 In regards to its size, VW vaunted its more compact shape in comparison with other wagons available on the market. In response to those who might be tempted to call out the vehicle’s height, the company’s marketing strategists made the case with two arguments clearly aimed at male buyers. One, the high driver’s position provides great visibility out the front, especially in traffic jams. Two, when the wife took the keys, there was less of a chance she’d lose it in a mall parking lot.

Two versions
Volkswagen offered two versions of its Microbus: the base model, which is the one you see here, and a more-luxurious version that features small panoramic windows. Counting 23 windows in all, that edition was particularly popular with companies that specialized in tourist excursions. Today it sells for sums with six figures in them. 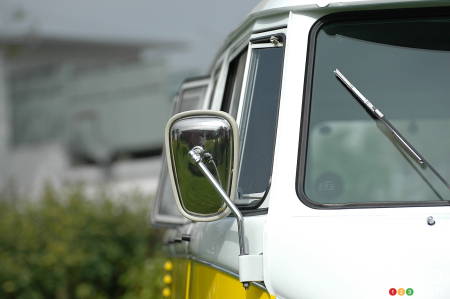 There were a dozen different versions in all of the Type 2, a vehicle that proved so popular that Volkswagen regularly had difficulty meeting demand. In 1962, the millionth unit rolled off the VW assembly line. That particular model is today safe and sound in a museum.

An actual bus
Have you ever noticed that in older buses designed for public transport, the steering wheel is always oversized and angled nearly horizontally? When I climbed aboard the Microbus I was struck by this feature – not least because I practically had to contort myself to avoid knocking into the wheel. Getting into position also required being careful with the feet so I didn’t hook them on any number of protuberances. Next challenge was finding a relatively comfortable sitting position.

Clearly, the question of ergonomics at that time was big a concern as treating the sexes equally… 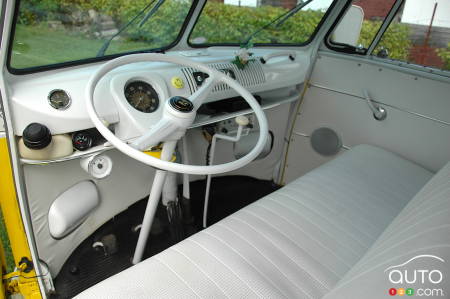 Eventually I did manage to find the optimal seating position – which meant it was time to hit the road. At this point it was necessary to put to bed any notions of performance, not to mention of road handling. The overriding objective when in motion is to keep the vehicle on the road. The steering, for one, is as sharp as the discourse a five-year-old might give on the subject of quantum physics.

In other words, grab on to the steering wheel and stay very focused.

And of course, you need to handle the gear lever and manage shifting up and down. Simple? Not necessarily, because when it comes to the third pedal, you need to jam it all the way down to hit the dead spot, then slowly release it until you discern the point of friction. Same for the accelerator, which must be slammed down to the floor rather than pushed forward.

That makes for a lot of things to manage in the first 30 seconds when pulling the Microbus out onto the road.

Still, the brain does work marvellously quickly when it needs to (much faster in fact than the acceleration this VW is capable of!), and as humans we’re capable of adapting to almost anything. Pretty quickly you settle down enough to appreciate that you’re at the wheel of a piece of automotive history. At that point the dodgy on-road behaviour and non-existent sound insulation of the Microbus matter not one whit. 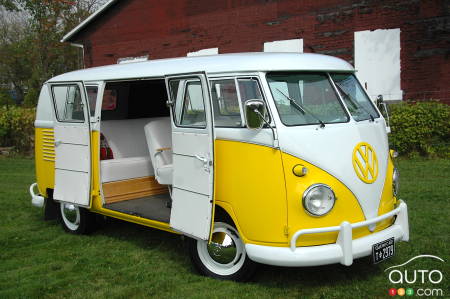 The more you drive, the more you smile, in fact. What’s really striking is the vehicle’s incredible simplicity. Function took priority over everything else when designing this thing.

This short experience at the wheel makes the incredible popularity of the model in its heyday much easier to understand.

Another result is my renewed itch to drive the all-electric I.D. BUZZ that Volkswagen has unveiled as a prototype and is currently working to have ready for production by early next decade.

Conclusion
A revolutionary vehicle on every level, the Type 2 made a place for itself in an era when establishing a vehicle of this kind was no sure thing. This provides more proof, if any was needed, that the best prediction you can make is the one you don’t make. In the end, consumers decide what succeeds and what doesn’t.

In the case of the Type 2, their verdict was unanimous. 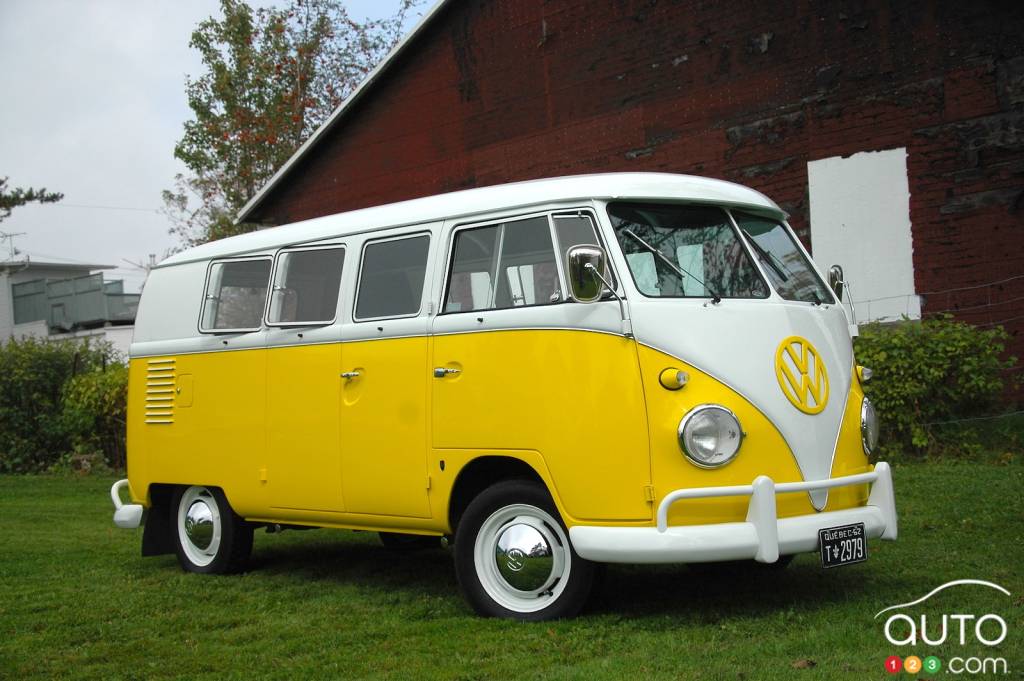 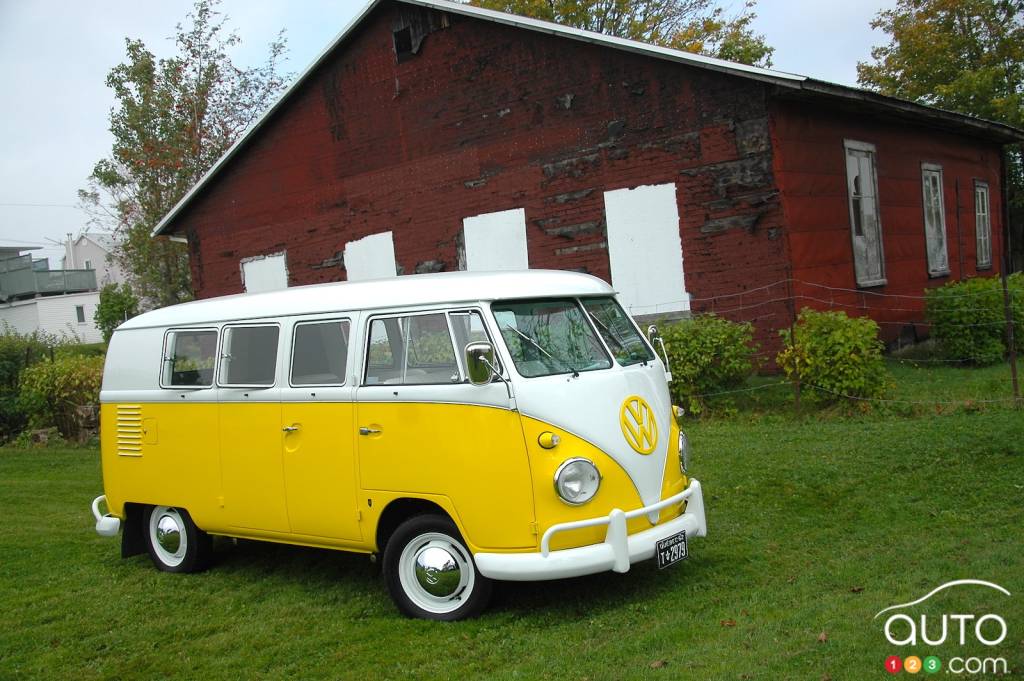 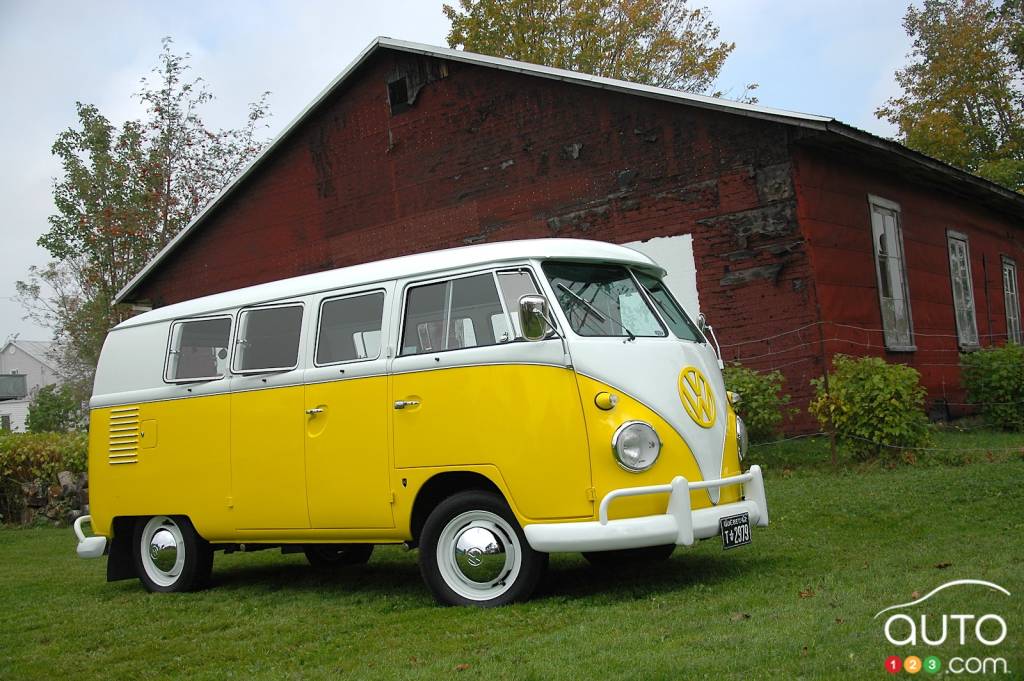 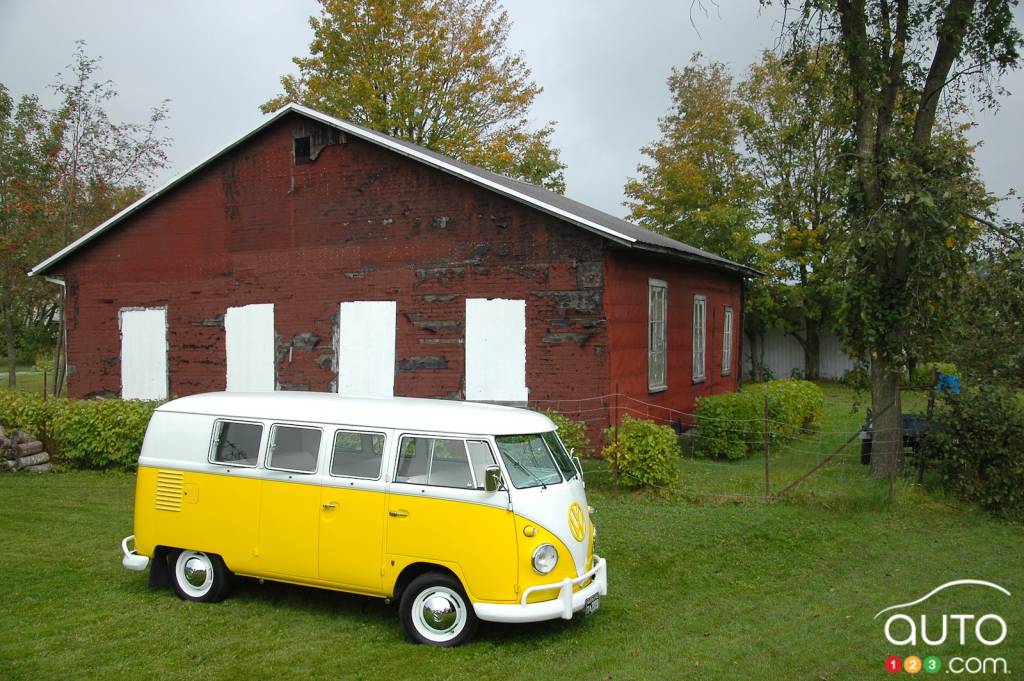 Photos:D.Rufiange
Photos of the 1962 Volkswagen Microbus
See the complete Gallery

Road trip! A 1962 Volkswagen Microbus with the 23-window configuration sold for a total reaching six figures in a recent online sale. Bidding climbed to $122...

Forgotten classics: The Mitsubishi Minica, or the lawnmow...

In 1962, Mitsubishi introduced Japanese consumers to a car with decidedly minimalist styling and capabilities. The Minica would succeed beyond expectations, ...

Hard to say if hippies and surfers are into LEGOs, but the Denmark-based toy brick company just released details on their newest creation, a 1962 Volkswagen ...