It’s unofficially MINI week at Auto123.com! We’re lining up some reviews of the latest new MINI models for you, but today we start with a trip back in time to one of the last, special-editions variants of the “original” MINI Cooper, which was produced until 2000. Given the chance to drive one of these babies at a recent BMW product event, we leaped at the opportunity.

Palm Springs, CA – What do cars like the Volkswagen Beetle, the Trabant 601 and the MINI Cooper have in common? You answered correctly if you said that all three have been produced for several decades in the same form.

In an automotive world, where things can change quickly, these are remarkable achievements.

In the MINI’s case, production of the original model spanned 1959 to 2000, and during this period, the popular car belonged to various different companies. Utterly unique, that…

Because of its small size and lovable looks, the MINI Cooper has become an icon. Its eye-catching appeal was readily apparent to us wherever we drove, especially as we were surrounded by larger vehicles. The term “bus suppository” has been used more than once to describe it. 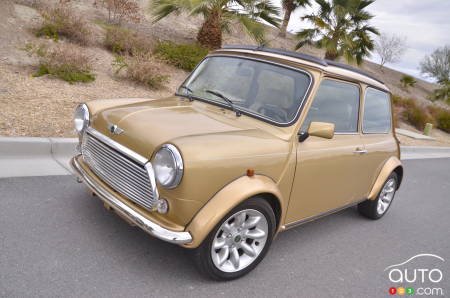 At a BMW event we attended recently, a handful of units were available to try so we volunteered for a "small" test drive.

Oil Crisis
To understand the origins of the brand, a little history lesson is needed. It’s important to note that without a particular historical event, the MINI would never have seen the light of day.

In 1956, an international crisis arose centered on the Suez Canal, the only waterway connecting the Mediterranean to the Indian Ocean. The canal is of vital economic importance as it facilitates trade between Asia, the Middle East and Europe. In the early 1950s, ships were free to cross the canal, but France and England wanted to gain control of it for economic and colonial reasons.

In 1956, Gamal Abdel Nasser, newly installed president of Egypt, was of the opinion that the control of the canal should belong to his country. England put a halt to promised aid for Egypt for the construction of a dam on the Nile and, in return, Nasser nationalized the canal.

The conflict escalated and became military in nature. England and France eventually occupied the region, but Egypt still managed to block the passage of ships to Europe.

The result was a decline in oil imports to Europe. In England, gasoline was rationed and the sale of big cars dropped drastically. People started turning to small vehicles like the Beetle. 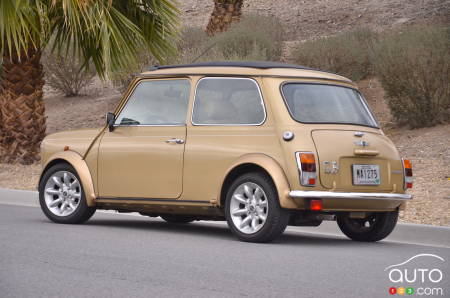 Because of this situation, the British Motor Corporation (BMC) decided to design its own small economical car, which became the MINI.

A crazy idea
So without the Suez Crisis, the MINI might never have seen the light of day, although it’s not unrealistic to think it would have eventually regardless of international events. America had its Ford Model T, Germany its Volkswagen Beetle, France its Citroën 2CV and Italy its Fiat 500. England eventually needed its own car of the people.

The MINI produced by BMC was the work of Alec Issigonis, then a designer within the company. The mission he got from company president Leonard Lord was simple: design a small car whose dimensions must not exceed 10 feet in length and four feet in both width and height. The cabin also had to occupy six of the car’s maximum 10 feet in length. As for the engine, in order to limit costs, it had to be borrowed from the company’s available arsenal. 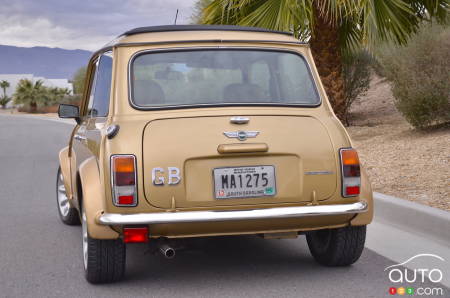 Technical Challenge
Designing of a small car means overcoming a host of technical challenges. In MINI’s case there were many of those because the product, besides the fact that it had to be functional, was intended for the general public. There was no margin for error.

The first obstacle was mechanical. To respect the dimension requirements, it was necessary to innovate. This is exactly what Alex Issigonis did, first placing the engine sideways, then making the car run on front-wheel drive. These two actions allowed him to reduce the size of the hood and transform 80% of the cabin so that it could accommodate passengers and equipment. The interior space was maximized thanks to positioning the wheels as far as possible towards the corners.

Other technical innovations: the suspension, in particular, was bold and took up little space; the windows slid open in an unconventional way; and the tailgate was connected by cable to the car so as to allow driving with it partly open to increase the cargo capacity. 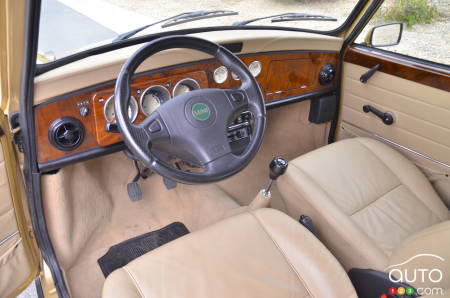 Behind The Wheel
The model we had the opportunity to drive is a special edition named Knightsbridge. Only 150 were made, near the end of the production cycle in 1999 and 2000. It was based on the MINI Cooper Sport. It could be had in typically British green, black or gold. The vast majority were left-hand drive, and the car came with a very luxurious cabin. Today these cars are highly sought-after by collectors.

The main challenge related to driving is simply entering the vehicle. Imagine trying to slip into a shopping-mall merry-go-round designed for kids.

Once seated, however, it gets better. You’ll bang your left elbow a few times inside the door, and you’ll smile and laugh as you drive. A lot. This car is a toy... and a serious cure for the blues.

Then there’s the footwork that needs to be learned quickly. The pedals are nudged up close, to the point where it’s easy to push two with the same foot. And when you move your right foot off the accelerator and onto the brake pedal, it’s necessary to squirm to avoid hitting the bottom of the dashboard. 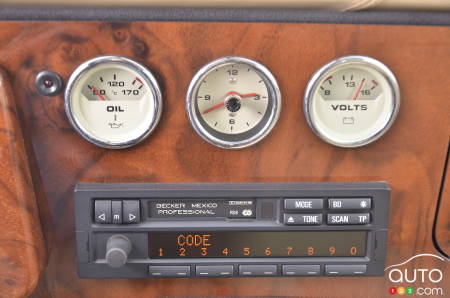 Once you understand what you have to do, it’s easy to appreciate the uniqueness of this thing. Our test was short but very amusing. The MINI is a hyper-agile car, despite steering that lacks any sort of precision.

As for engine output, it comes with 63 hp and 70 lb-ft of torque. That’s pretty darn modest power, but since the car only weighs 1,534 lb, acceleration is... acceptable. Those with the courage to take it to 100 km/h will need 13.6 seconds from a stop to get there.

I can’t even imagine the stress of driving it in an urban setting where all the oversized vehicles threaten the existence of the car, and its occupants, at all times. It’s also impossible to see a MINI without thinking of Mr. Bean, for better or worse. But it remains an iconic vehicle. 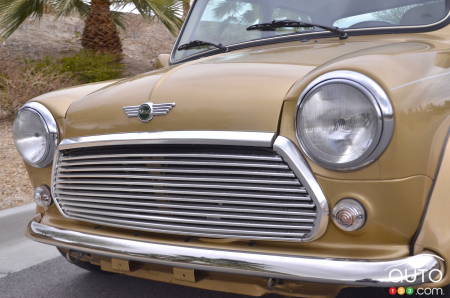 Another time, another world
As for our friend Mr. Bean, it's pretty much impossible to drive a MINI without that character coming to mind. That, and the long and storied history of this car that changed so little over so long a period of time, makes for a vehicle that truly warrants the 'iconic' tag.

Conclusion
Despite everything, we had a constant smile on our faces the entire time. Maybe that's all that matters in the end. 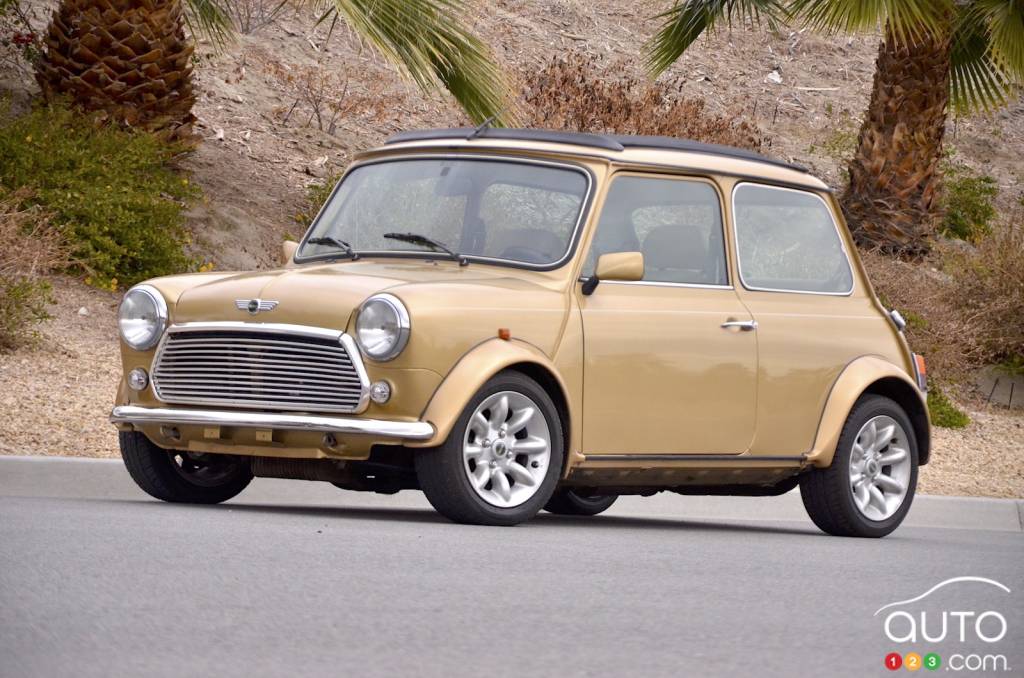 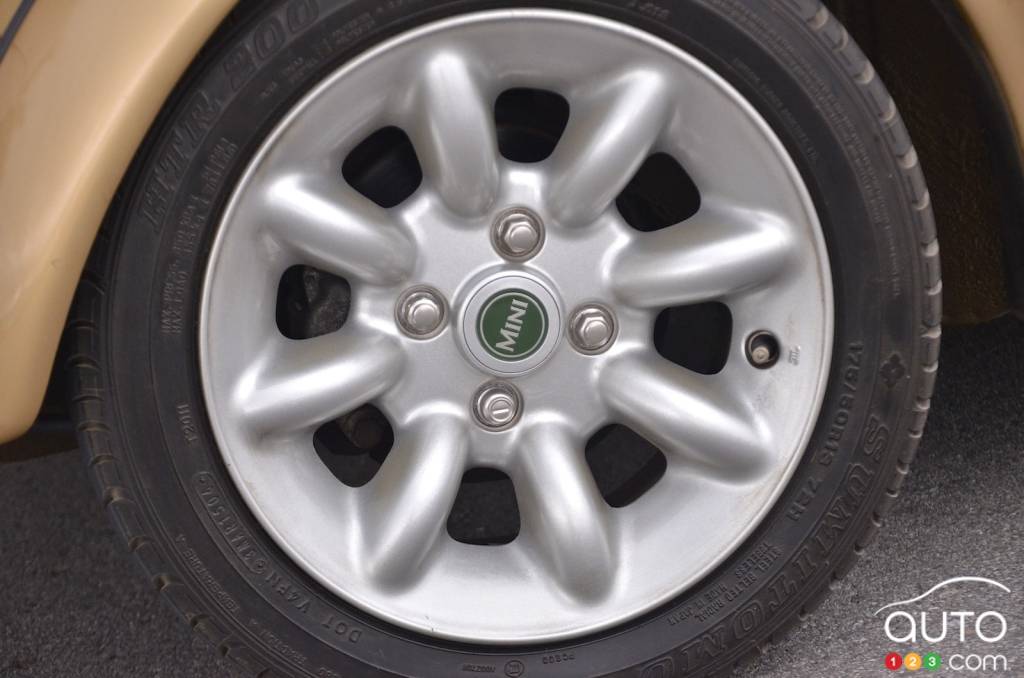 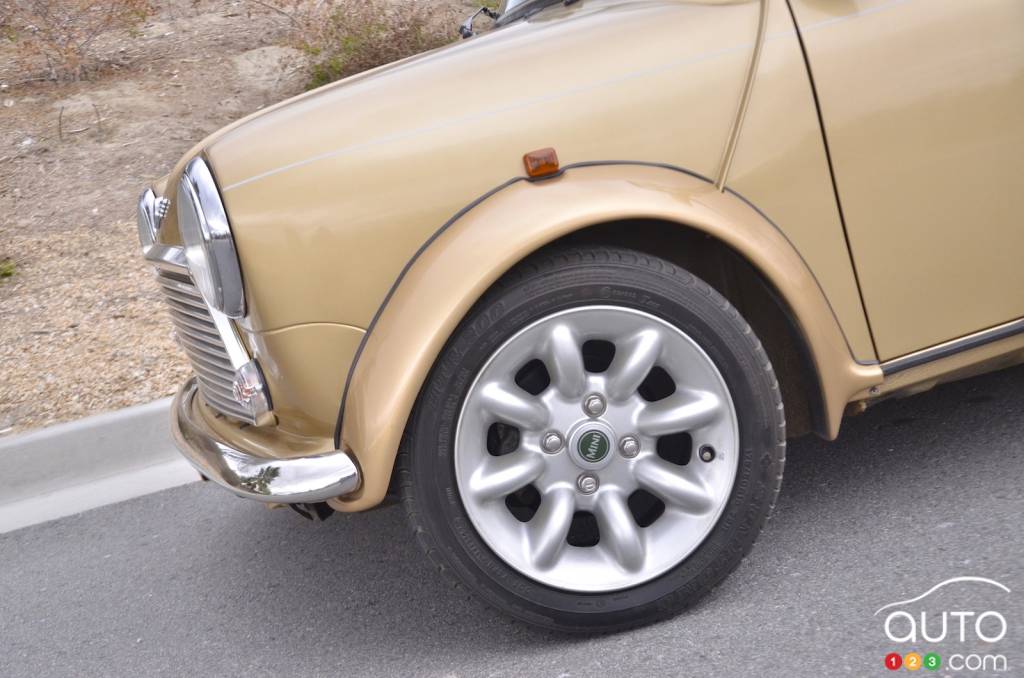 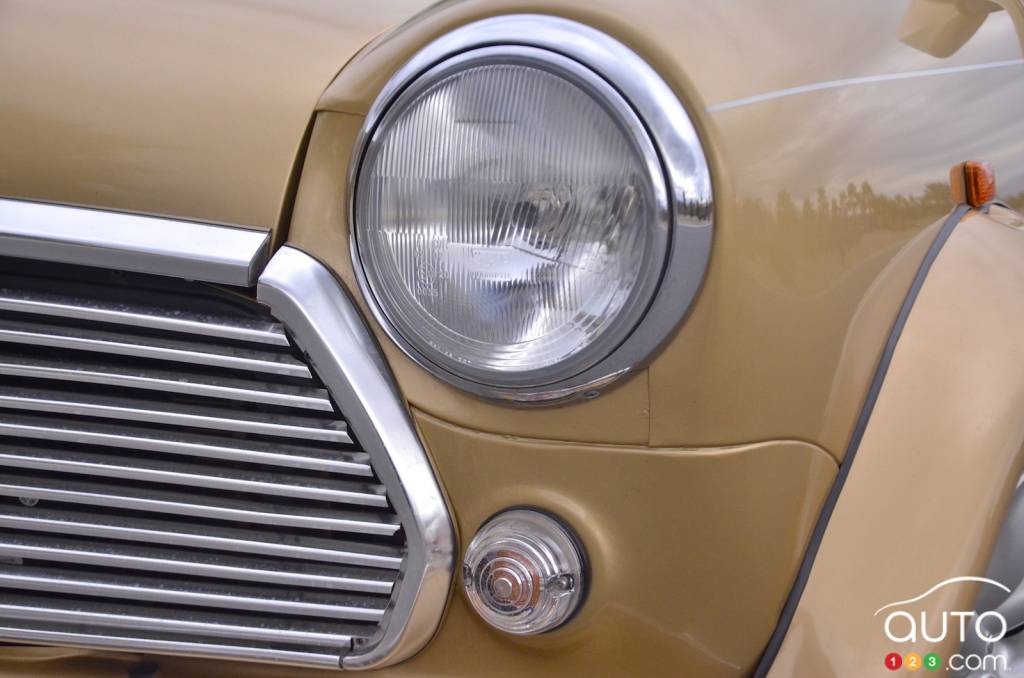 The entry model into the MINI universe isn’t the automaker’s most powerful car, but it offers its owner a distinctive driving experience, one marked by pleas...

MINI 3 Door, 5 Door and Convertible Looking Ahead to 2019

Refreshed looks, improved driving experience and more personalization and digital services options: here’s what we can expect from the new editions of the MI...

What a way to celebrate 15 years in Canada: 324 MINI cars and close to 600 people took part in the brand’s anniversary festivities that took place in downtow...