Long ago, the Europeans realized that you can make as much with less. Wait for it… We “excess is barely enough” North Americans have always associated the biggest and most powerful with the best. The reality is that appearances are all that really matter. The right key fob goes a long way.

As with most luxury brands, moving downstream is the brilliant plan; same logo, lower price point. Sometimes, the plan does not pan out as well as the makers would have hoped. The 1 Series didn’t kill it, but expect the next 1 and upcoming 2 Series cars to fix that.

Nothing says, “I’m on my way” like parking a 2013 BMW 3 Series in the driveway. And BMW was thinking of us, the common folk, when they reintroduced the 320i, the most affordable of the series. The best part about the 320i is that it looks the part, drives the part, and is only slightly lacking in the power bulge. This car is marvellous on so many levels.

What is a BMW 320i xDrive?
The BMW 320i is the gateway into the fabled and highly desirable 3 Series line of Bimmers. The F30 3 Series is the latest generation of BMW’s bestselling line of cars of all time and, as expected, has been doing very well for the brand.

The multiplication of trims and versions has helped broaden the appeal of the 3 Series and more of the affordable variety will help keep it on the top of entry-level luxury car shopping lists everywhere. The 3 is currently offered as a sedan, wagon, and Gran Turismo. The coupe and convertible have migrated to the 4 Series.

The final two numbers in the car’s designation indicate yield. 20i identifies this car as sporting the lowest output from the most excellent turbocharged 2.0L 4-cylinder. As a 20i, it produces 181 horsepower, down 60 from the 28i’s specs. The 35i is the real lucky one with a turbocharged, 300-horsepower 3.0L 6-cylinder engine under its bonnet.

My Alpine White 320i xDrive has a base price of $39,900 explained by the standard 8-speed automatic transmission and BMW’s AWD system. Premium, Lighting and Navigation packages bring the total to $46,350. Non-xDrive cars are delivered with a 6-speed manual gearbox.

Driving the BMW 320i xDrive
To my point in the intro, appearances are all that really matter as I waltz to my BMW 3 Series. No inferiority complex exists, no feelings of having settled… Depressing the start button betrays no lesser engine, and the cabin is perfectly perfect. This is not a compromise 3 Series.

In fact, in our stuffy urban settings, clogged highways and bogus speed limited lives; the 320i is more than powerful enough for accelerating and passing. The money saved here vs. the 328i can go towards any and all options your heart desires. I’m not saying no to the 328i but if image and pampering are high on the list, this is the way to go.

The refinement expressed by the 3 Series’ drivetrain is what will get your attention at first. The gears glide from one to another and the 2.0T’s torque is gorgeously on tap and linear throughout. This is, after all, a BMW and thus must be driven as such. Glory to heaven will the power be on tap! Now, the 2.0T will not blow you away, but it will give you everything it’s got every single time.

In Sport mode, throttle response sharpens, gears are held, revs climb, and the car comes that much more alive. Again, a V6 Nissan Altima or Honda Accord will blow the 320i out of the water in a straight line, but when push come to shove, the BMW will hang on to apexes where the other two will struggle somewhat. That, plus the Bimmer looks better in action.

The 2013 BMW 320i’s suspension does not succumb to the pressures of offering comfort and handling, it simply nails both aspects of the drive. To it is attached BMW’s xDrive AWD system that adores being pushed on the dry, wet and (my favourite) snowy conditions.

Whether signing up for a 320i or 335i, the driver is endowed with precise, well judged steering, supremely powerful brakes, and a sense of solidity that is equaled by few, surpassed by none.

This is the 320i’s calling card where it once again looks the part; it is instantly recognizable no matter the power output. In other words, from quad halo-LED driving lights and kidney grille to tailpipe or tailpipes, it’s a BMW 3 Series. You win.

The cabin is equally gifted with the fact that the car you are sitting in is a 2013 BMW 3 Series. The dashboard, along with its accompanying fit and finish, are all presented in typical BMW fashion, with plenty of attention to detail. The great seats, decent room all around, and thoughtful driving position make the BMW a great place to spend many an hour driving.

Comparing the 2013 BMW 320i xDrive
The BMW 3 Series fights off the likes of the Audi A4, Lexus IS, Mercedes C-Class, and a few others. In the luxury car business, this is the most hard-fought segment and selling lotsa cars here means success.

The BMW 3 Series continues to be a go-to car and being recognized as one of the originators, a trendsetter thus sustaining its desirability factor. 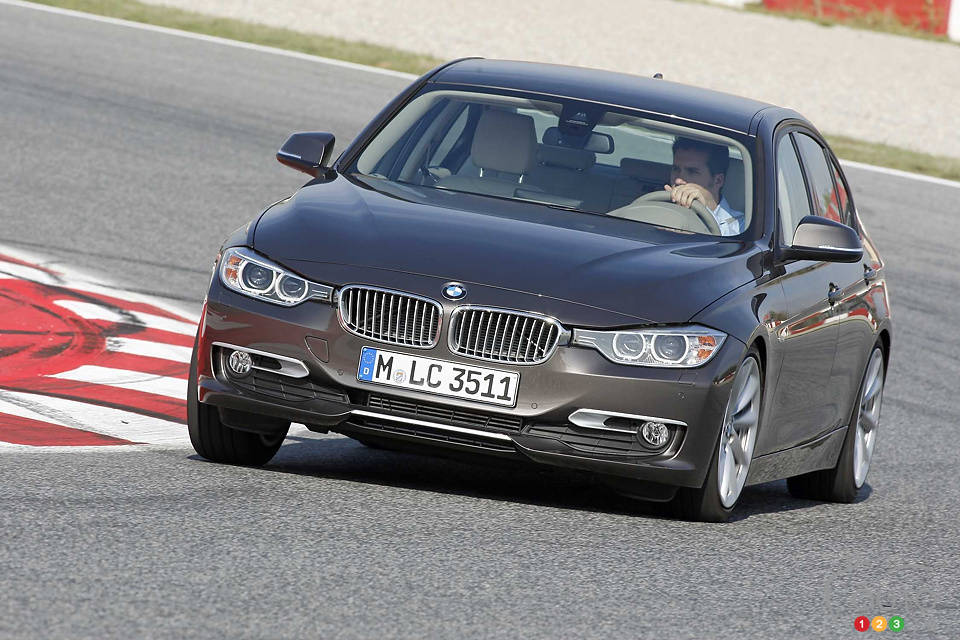 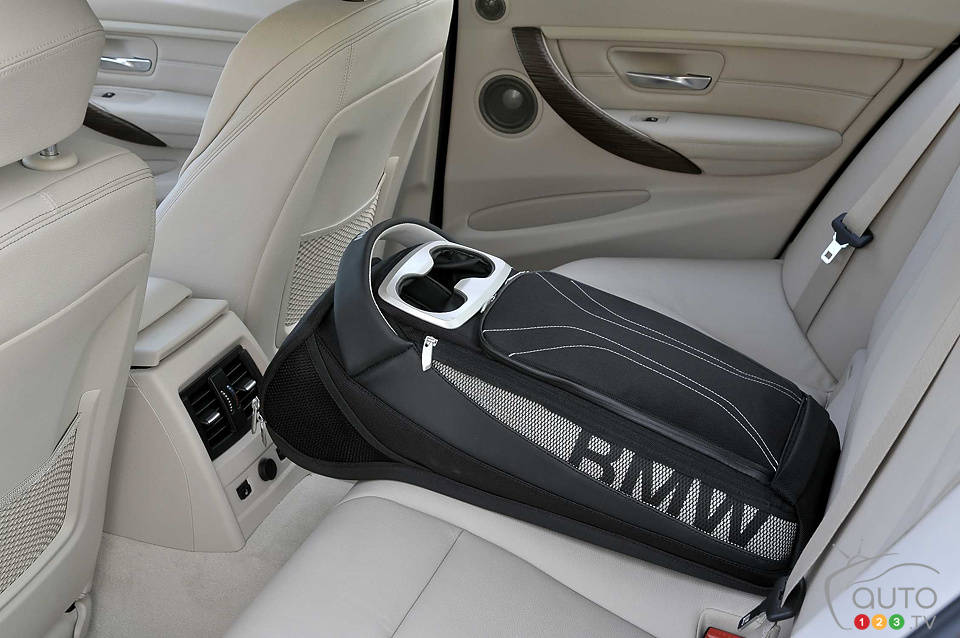 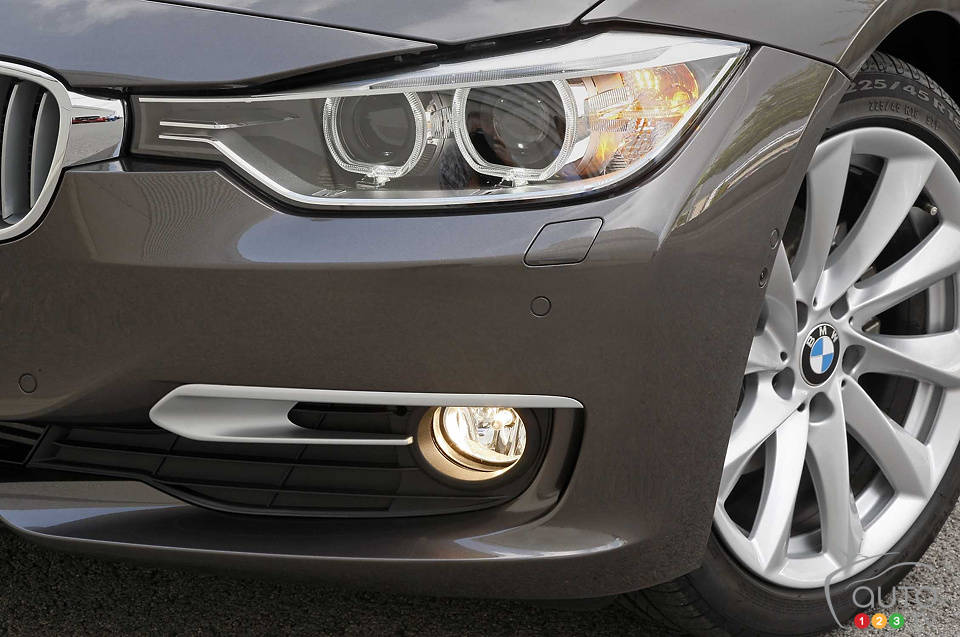 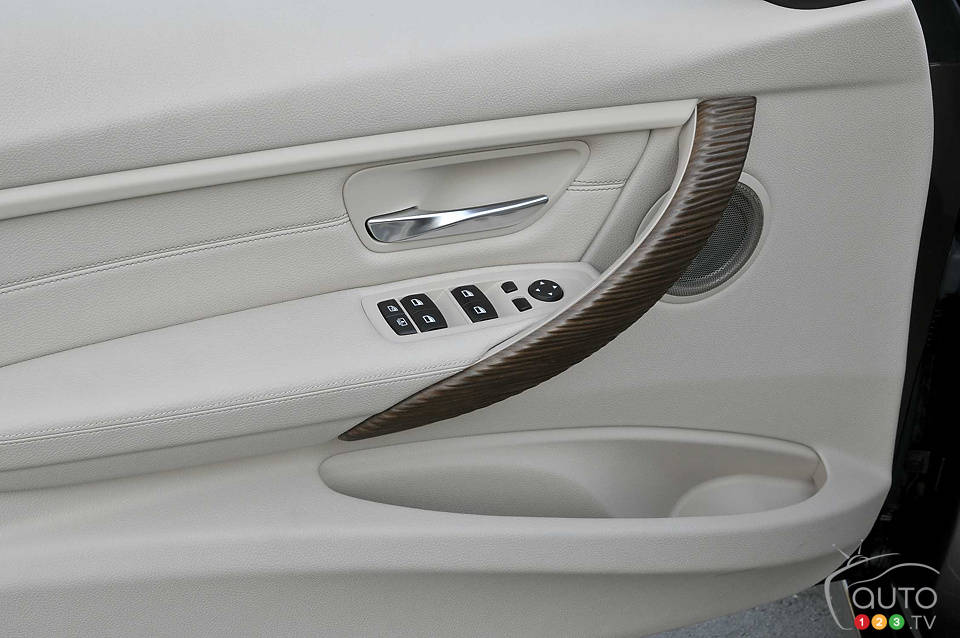