When I buy a can opener (a purchase I, frankly, don’t expect to do frequently), I look for function over form. I don’t care what it looks like, as long as it opens cans cleanly, doesn’t require brute strength to operate and won't break.

In short; it has to do the job that I bought it for. It shouldn’t cost a lot to own, and it shouldn’t cost anything to maintain. Nothing more, nothing less. When I think of the 2013 Toyota Corolla -- and when I drive it -- I consider it the automotive equivalent of a household appliance.

Far from ugly, it also doesn’t boast breathtaking styling. The Corolla delivers what’s promised, and that’s comfortable transportation, good fuel economy and reliability for a decent amount of coin. If that’s what you want or like in a car, look no further.

Driving excitement has not been a Corolla characteristic since at least the mid-'80s.

That ain’t cheap for a compact car. When you shop around, you’ll notice that similarly equipped rivals like a loaded Ford Focus SE and a Hyundai Elantra Limited aren’t less expensive. Actually, for most people, a $18,990 Corolla CE with the Enhanced Convenience Package is a good deal, which bundles heated seats, Bluetooth, A/C and keyless entry.


Decent fuel economy
The 2013 Toyota Corolla gets motivated by a 1.8L 4-cylinder engine that develops 132 hp and 128 lb-ft of torque. Among compact sedans, only the Volkswagen Jetta with its base engine and the new 2013 Nissan Sentra are less powerful. And the sporty Corolla XRS variant has been ditched for 2013, along with its 2.4L engine.

As such, the Corolla offers enough performance for the typical compact-car buyer, who’s probably more concerned about fuel economy than straight-line performance. Equipped with the 4-speed automatic transmission, we averaged 8.1L/100km. An extra gear for the highway would’ve definitely helped.Insensitive steering
The least appealing aspect about the drive in the 2013 Toyota Corolla is the steering. It’s numb, no little on-center feel and has a rather slow ratio. Wiggle the steering wheel on the highway, and the car barely weaves left or right. The Corolla does end up drifting in its lane because of the numb steering, and you’re frequently correcting to keep the car in a straight line.

The K.I.S.S. cockpit
Inside the Corolla, you also won’t find anything exciting. You do get a very functional and straightforward dash and instrument panel design, though.

The LE version is equipped with heated front seats, wheel-mounted audio controls, cruise control, a power sunroof and a new infotainment system with a 6.1” touchscreen, a USB port, as well as Bluetooth phone and streaming audio connectivity.

Treat yourself to the Premium Package in the LE trim level and you’ll add a power driver’s seat, automatic headlights, an intelligent key system, a navigation system and -- are you sitting down? -- plastic woodgrain trim on the centre console and door panels. You also benefit from a climate control system that unfortunately replaces intuitive rotary dials by temperature and fan speed rocker switches.

Thanks to the seat height adjustment, the driver will be able to get comfy. However, the other passengers will feel the low roofline above their heads. The 2013 Toyota Corolla’s rear-seat accommodations are average among compact sedans. As for the trunk, its 348-litre capacity is about the same as in the Honda Civic and the Dodge Dart, less than in the Volkswagen Jetta and the Suzuki SX4 Sedan.

A non-negligible purchase criteria in favour of the 2013 Toyota Corolla: it’s built right here in Canada. We should pride ourselves in that we’re making the best appliances-on-wheels currently on the market. 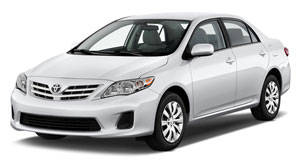 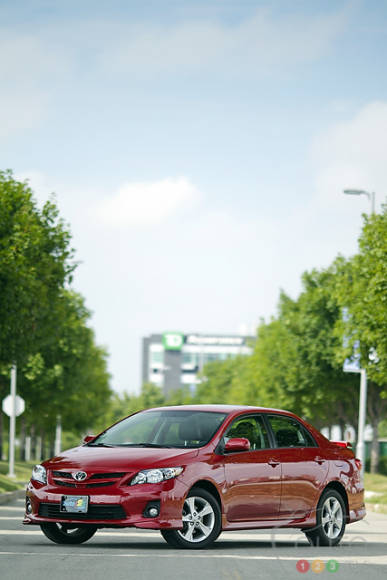 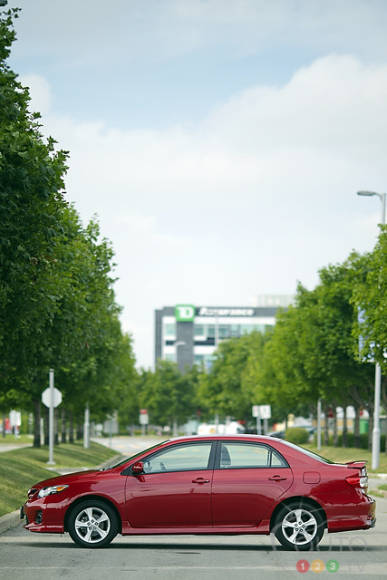 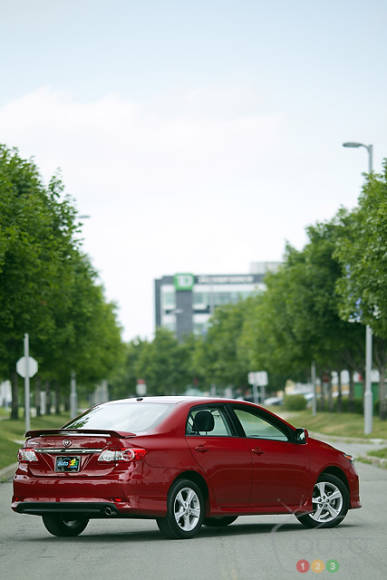 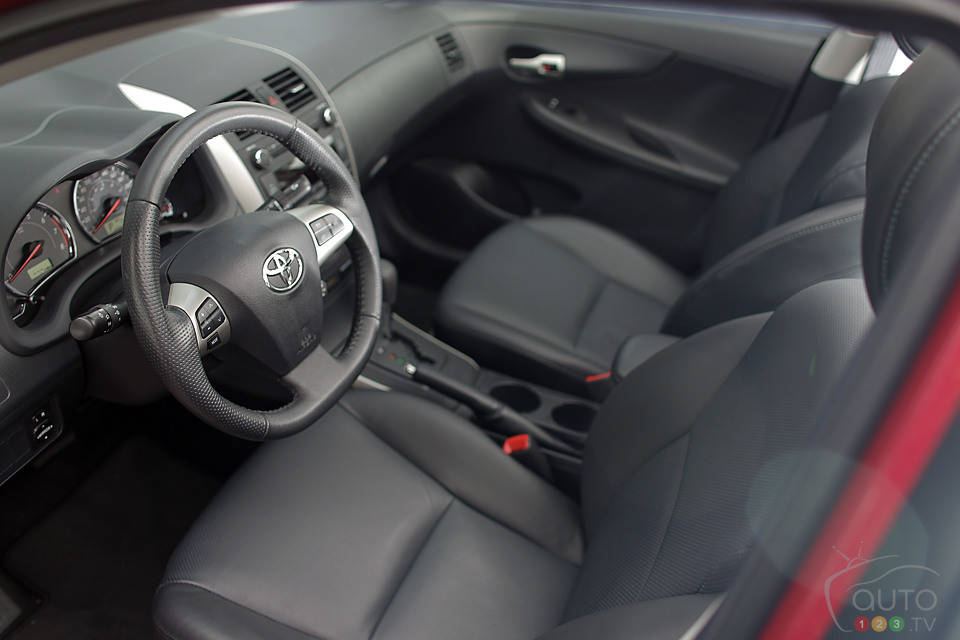