News
It’s a fact, there’s a Transit designed (available in Europe) for just about any purpose you’d care to mention. That’s why it has been the best-selling light commercial vehicle in Europe for 40 years now, and we are now finally to discover why!

What is a Ford Transit?
The Ford Transit is a range of light commercial vehicles produced by the Ford Motor Company. They have been marketed in Europe since 1965. In fact, it would be fair to say that the Ford Transit (now in its 5th generation) is to commercial vans what the F-150 is to pickup trucks. Much of this is due to its history of ultra-reliability/perfect sizing and superb handling characteristics.

It’s also down to the countless variations Ford has made available over the years, and although North America won’t be getting everything currently on offer in Europe and in other parts of the world, however, it won’t take long before tradespeople here start demanding equality with their European cousins. Check out any Europe-based Ford commercial website and you’ll see what I mean.

Pricing for the Transit range starts at just $30,052, but as my test vehicle boasted the above-mentioned turbo diesel (a $5,995 option), it ended up at $49,152, with a certain amount of additional luxuries, I must add. Now that’s still highly competitive in the marketplace for this type/size of van and, in my opinion, it’s worth paying the extra for the diesel version (it truly is superb).

Fuel economy: No official figures available, yet I was averaging under 12L/100kms in a vehicle with less than 500kms on it, and we all know how diesel powerplants take a while to loosen up and return the best fuel economy, yes?

Driving the 2015 Ford Transit
Badged as a Power Stroke unit here in North America, the Duratorq inline-5 Turbo Diesel produces 185hp and a whopping 350 lb-ft of torque. Coupled to an incredibly smooth 6-Speed Automatic Overdrive with SelectShift, this large van is (and I can’t stress this enough) almost car-like to drive. Sure, you’re constantly aware of the hulking great box situated behind the cab, yet with such a refined powerplant and frontal vision worthy of solarium comparison, this would be an extremely relaxing place in which to spend your work day. You sit up nice and high which takes the boredom out of traffic jams, and when the road frees up you can take off faster than a lot of family sedans I’ve driven. Then again, the Ford Transit has always held a certain reputation for performance & handling (I’m not joking -- they race Transits in Europe!). In fact, the UK Police stated back in the ‘70s that it estimated in 95% of all robberies in which the criminals used a van-style vehicle, a Ford Transit was the getaway vehicle of choice.

The steering wheel might appear small when first entering the vehicle, yet it becomes comfortable with use and the turning circle of the Transit is impressive, to say the least. The same could be said of the 4-wheel disc brakes which are smooth in operation, yet powerful when required.

My tester came with the rear sides paneled out and the optional rear cargo floor mat. This probably had much to do with the quietness of the vehicle, which truly surprised me as the typical drumming noise you get from most panel vans was almost non-existent.

Inside & Out of the 2015 Ford Transit
Typically, commercial vans don’t enter beauty pageants as they are designed first and foremost as workhorses. However, it must be said, the new Transit is a bit of a looker. Its frontal design is sleek and the non-slab-shape side panels not only add to its stylish looks, but also do a fine job fending off dings & dents (nothing ages a work van quicker than door dings and panel damage!).

The interior follows along similar lines with a smart yet useful dashboard which somewhat mirrors the design of other Ford products (Ford Focus, Fusion etc.). There’s also plenty of storage bins and a large glove box that should help owners keep the cab area clean and uncluttered.

The side access doorway is large and operates one-handed with ease, and the design of the rear doors enables loaders to completely fold back the doors for maximum loading size. They’re even magnetised so the wind doesn’t grab them mid-load.

All in all, it’s hard to fault the design and usability of the Transit. It is a truly impressive looking vehicle in which to turn up at a jobsite, yet it has been carefully thought out with the operator in mind.

Comparing the 2015 Ford Transit Full-Size
We’ve witnessed these types of large-scale vans from Mercedes-Benz (first sold as Dodge products). Since then, we’ve seen the Sprinter go from Dodge back to Benz and a Fiat become a Ram (ProMaster). Somewhat confusing, but what’s not is the usefulness and practicality of these vehicles. Speaking as someone born into the trades, this is precisely what the Canadian workforce has been waiting for. A van that can carry everything you need, is tall enough to stand in, and one that returns great fuel economy. What’s not to like about that? 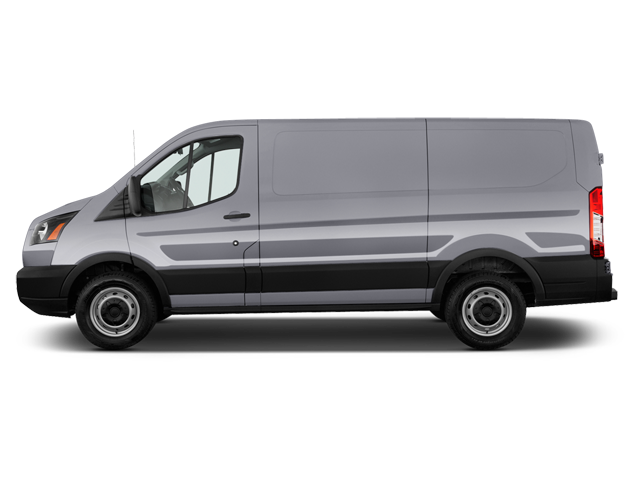 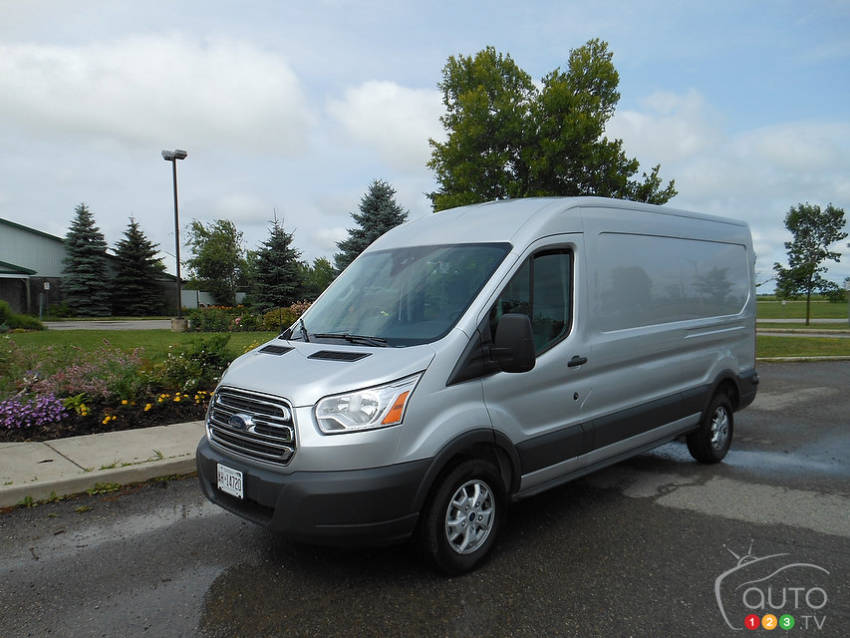 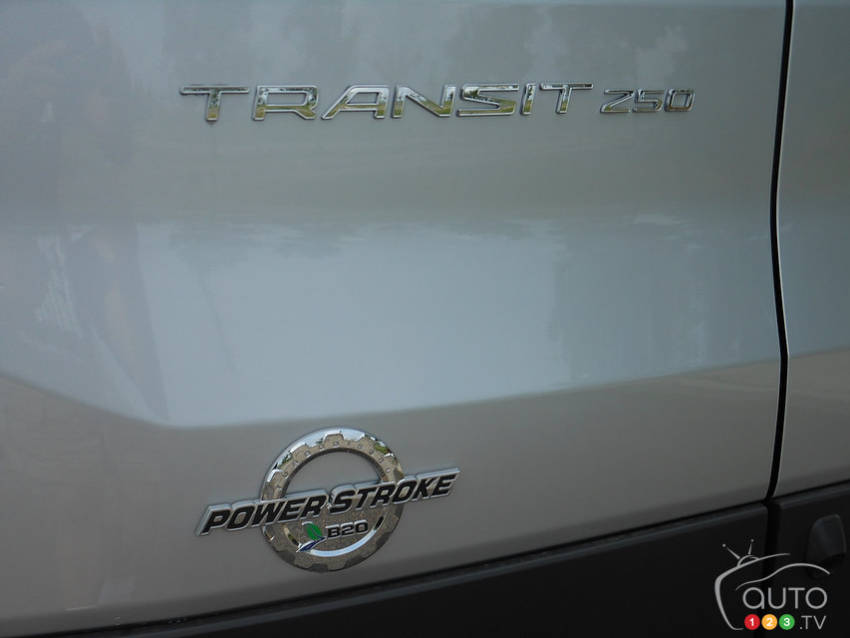 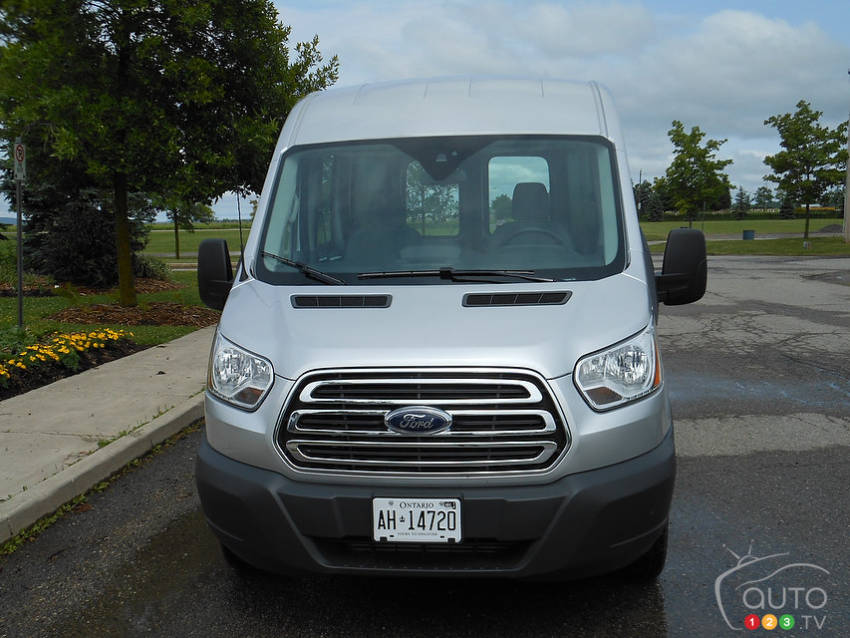 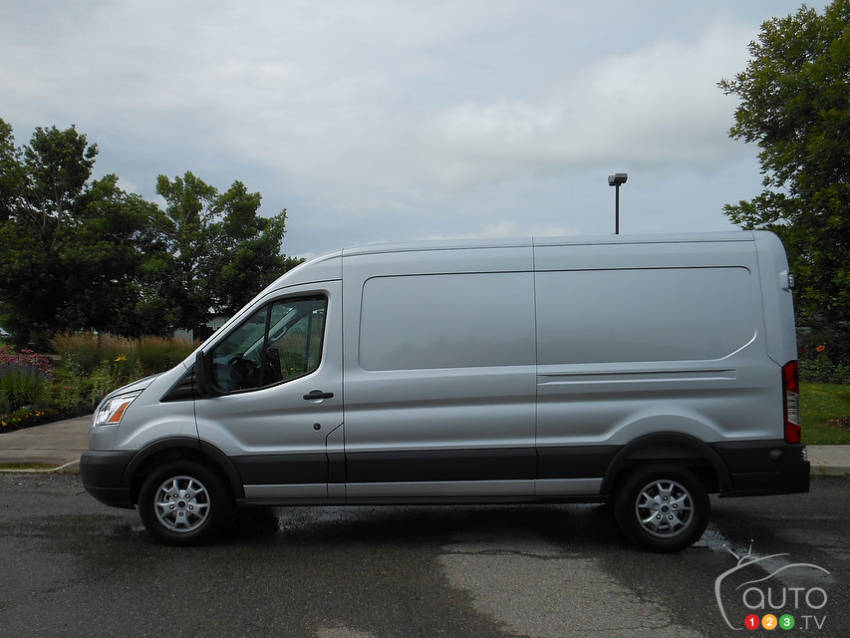 Ford is issuing a second recall of around 320,000 Transit vans due to a problem with the drive shaft. The coupling could crack and cause the drive shaft to b...

There’s something quite impressive about watching a carmaker waltz into a segment and bust it wide open. Actually, Mercedes is essentially taking all matters...