It’s been several years now since Mercedes rocked the North American commercial vehicle market with the stateside introduction of its European Sprinter van. A quality product, the Sprinter offered superb cargo capacity, coupled with diesel reliability, and excellent fuel economy. The right vehicle for the right time it must be said, which is why both Ford and Dodge (Fiat) eventually followed suit with the Ford Transit & Ram ProMaster. Still, there’s a certain satisfaction to be had from being the first, and now Mercedes is doing it once again with the launch of its new 2015 Sprinter 4x4.

What’s new for the Sprinter?
Together with maintenance intervals being increased to 30,000km and the introduction of Crosswind Assist (standard on all 2500 models), the new 2015 Sprinter becomes the only vehicle in the 2500 and 3500 Cargo Van segment to offer four-wheel drive.

Designed and manufactured by Austrian 4x4 specialists Oberaigner, and added as part of the overall assembly process, the addition of 4WD (Option ZG1 - AWD Standard) will add an additional $6,100 to the total cost of the Sprinter. However, there’s also a Low-Range option available (Option ZG3 - 4WD with Low Range) and, at only $7,400, it would seem a tad foolish not to go for the ZG3 package. Also push-button activated, this controls an intermediate gear (off-road gear) in the transfer case that reduces the gear ratio between the engine and the wheels by about 40%.

The 4WD system can be activated at any speed up to 6mph (although the vehicle must be stationary to engage Low Range) and power automatically splits to a default 35/65. Locking differentials are unavailable, but the standard 4ETS traction control system has been designed to work in conjunction with the 4WD system and utilizes braking to control wheel spin.

4WD is available on all 2500 models (Cargo & Passenger) and on all 5.0t GVWR 3500 Cargo Van models, providing these come fitted with the 3.0L turbo-diesel V6. This unit provides 188hp & 325lb-ft of torque and is mated to a 5-speed automatic transmission.

Driving the 2015 Sprinter 4x4
Our testing location for the new Sprinter 4x4 was Northern British Columbia. Part of the reason for this was to allow for plenty of road experience (we travelled roughly 1,000 kilometres on mountainous roads) in order to get to the truly interesting part, which involved several hours spent on radio-controlled logging trails. No, MB doesn’t mess about when it comes to evaluating its products. While most Sprinter 4x4s are unlikely to witness anything worse than a wet & muddy construction site, Mercedes wanted to prove its new Sprinter 4x4 was up for anything Canada could throw at it.

In order to facilitate the new 4x4 system, Mercedes had to slightly raise the Sprinter (up to 3.9” [100mm] at the front and 3.0” [75mm] in the rear). While this doesn’t sound like much, I did find myself having to remember this each time I disembarked, not wishing to fall out on my backside as two of my esteemed colleagues did (the additional height will take some getting used to).

During the testing, we switched back and forth amongst a variety of vehicles (2500 Pass/Cargo – 3500 Dual wheels, etc.) and each had similar traits. On the road, the Sprinter 4x4 handles very car-like. Yes I know, you’ve heard that before, but now you’re hearing it from a man who spent a large chunk of his life in the British building trade driving Ford Transits/Bedford (GM) CFs/Volkswagen LTs. In fact, even in an unladen 3500 dually, the ride quality and noise absorption was nothing short of superb. Hand on heart, I’d drive one of these as my everyday vehicle. You sit up high, with great forward vision and, whether you go for the fixed seat or the suspension unit, the vehicle just floats along.

Obviously, the larger the unit, the more load is placed onto the 3.0L V6, yet I never once lacked for power. In fact, my only complaint would be the rather notchy gear selector that will probably smooth out with use, anyway.

Once the road ended and we headed onto the logging trails, it was simply a case of hitting a button. Now, I must admit that we tried this twice before we succeeded in engaging 4WD. The vehicle prefers to be moving or to be placed in neutral as the gears need to mesh when engaging, but this is typical of these types of units.

Once locked in, we tackled the snow/mud and ruts with ease. In fact, I’d say the GL SUV we were in convoy with struggled more than any of the vans (although that could’ve been down to tires).
We spent hours doing this, and most auto journalists are known to be rather heavy-footed when it’s not their own vehicle. Yes, we heard a few clunks from the underside, but the location of the unit keeps it well up and out of harm’s way. By the end of the day, the only noticeable damage was a slightly cracked plastic hub cap, which gives you an idea how deep those ruts were!

4x4-titude
Mercedes takes the lead once again! So, whether you need to get around construction sites in all weather or are like the UPS driver I recently experienced who was too scared to drive up my farm driveway covered in an inch of “deep” snow, Mercedes has you covered. Now it’s down to the other guys to play catch-up once again! 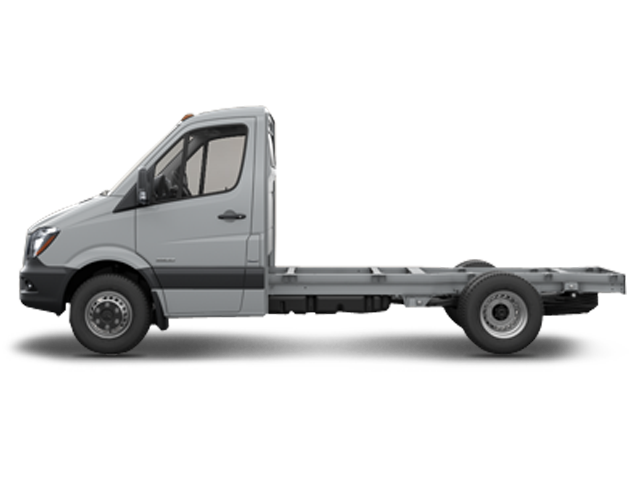 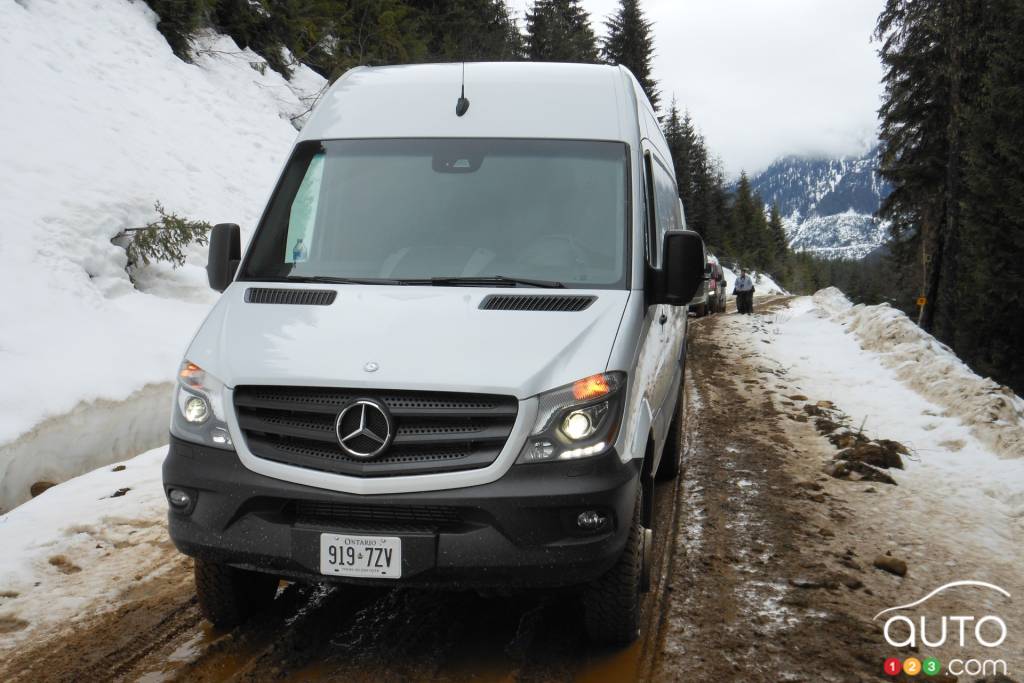 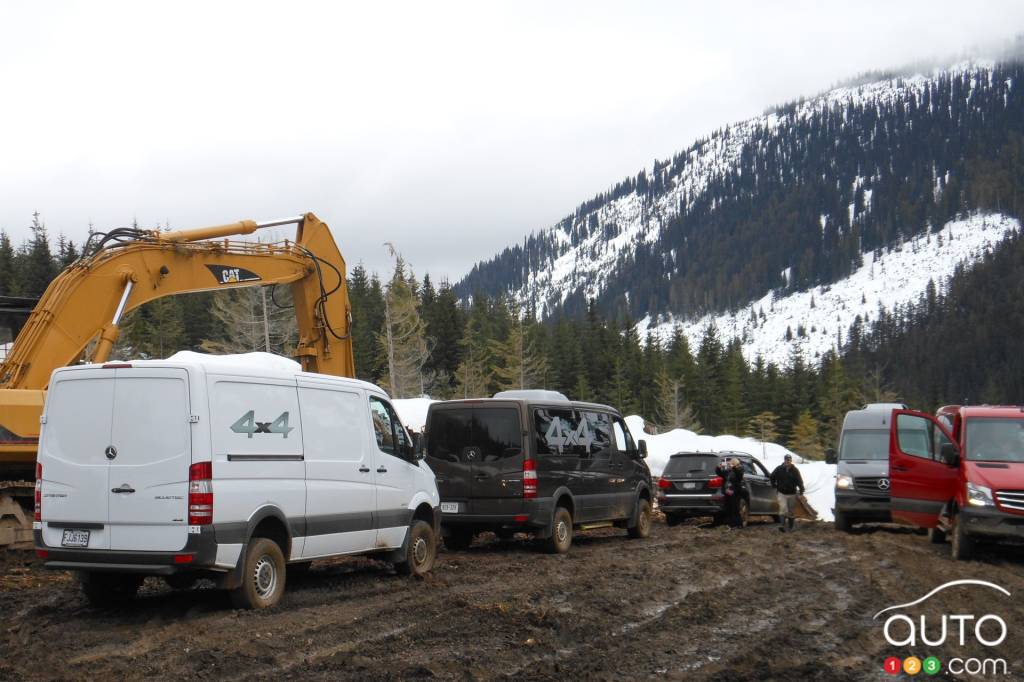 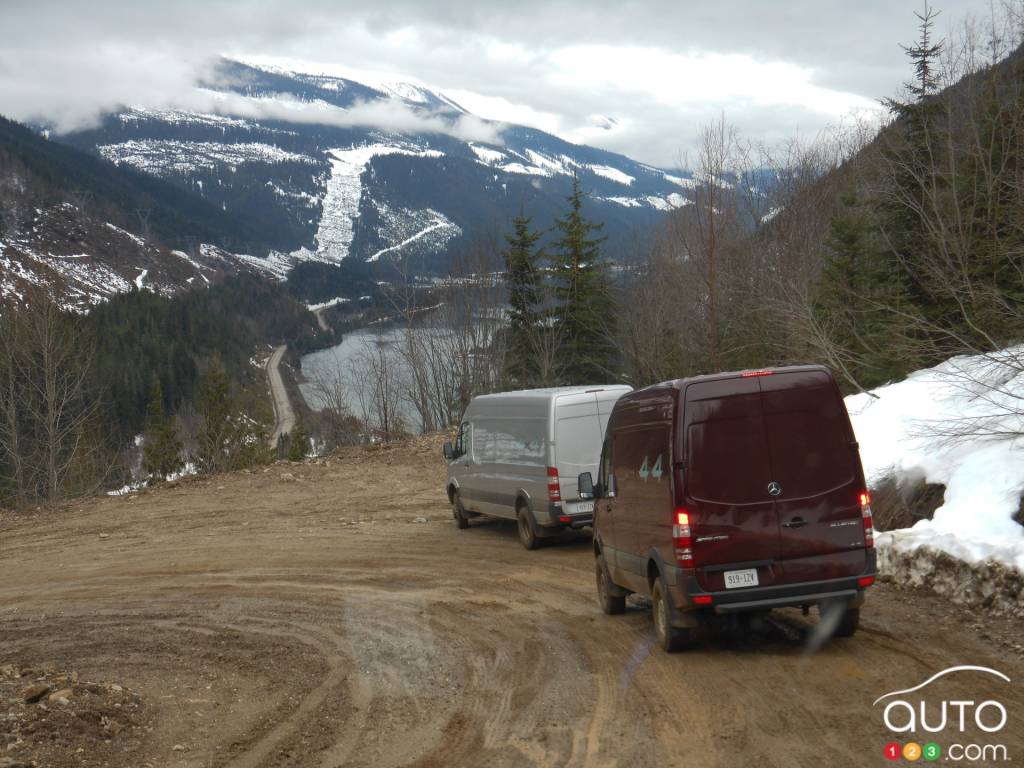 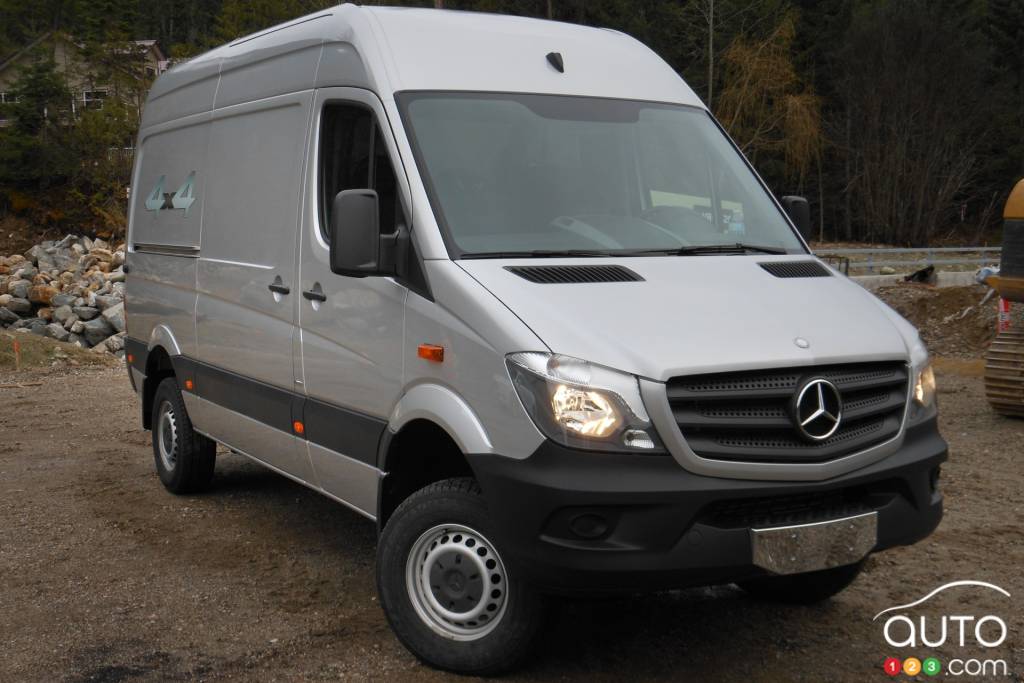 There’s something quite impressive about watching a carmaker waltz into a segment and bust it wide open. Actually, Mercedes is essentially taking all matters...

Mercedes-Benz Van Canada has announced the revised 2023 Sprinter van for the Canadian market, set to hit the market this winter. The revised van gets a lot o... 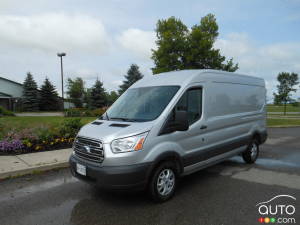 It's a fact, there's a Transit designed (available in Europe) for just about any purpose you'd care to mention. That's why it has been the best-selling light...