Málaga, Spain -- Audi's PR folks promised us that the all-new, third-generation TT is just as awesome as the location for the media launch. We wasted no time finding out if they were telling the truth.

Where's the centre screen?
Ironically, the first change the company talked about was the new multifunction display behind the steering wheel, which replaces the traditional centre screen. Front passengers will no longer be able to play with the navigation system and browse through the menus, but drivers will and they won't have to take their eyes off the road in the process.

Developed in collaboration with NVIDIA, Audi's so-called “virtual cockpit” puts everything in view, directly in front of the driver, combining the functions of MMI (navigation, satellite radio, rearview camera, vehicle settings, etc.) with the conventional instrument cluster (speedometer, tachometer, etc.) in one unique monitor. All of this can be accessed using the steering wheel buttons or the rotary dial near the shifter.

The Google Earth maps are definitely the most impressive aspect of the new display, especially in Infotainment mode. However, at the time of writing, only customers in the U.S. will be able to take advantage of it. The good people at Audi insist they're working hard to clear all the administrative hurdles necessary to make Google available in Canadian-spec models.

While the virtual cockpit serves as one more trick to blow your neighbour's mind, the rest of the new Audi TT cabin isn't too shabby, either. The steering wheel is a joy to grab -- even more so in S-line trim -- and the driving position in the sport seats is simply perfect. There's adequate room up front and obviously a whole lot less in the rear (read: none at all).

Where are the changes?
It's hard to revamp an iconic car such as the Audi TT -- just ask the designers at MINI or Porsche. Nevertheless, the third generation of the stylish coupe marks enough of an evolution to deserve one or two paragraphs. The large grille still dominates the front end, but it now looks more chiselled. The four rings have been downsized and moved to the tip of the hood, while the sharper headlights have a new signature look thanks to LED daytime running lights that are inspired by the R18 e-tron quattro, or so we've been told.

Similar to Audi's latest models, the new 2016 TT appears more muscular -- maybe not to the untrained eye, but still. Naturally, the team in Ingolstadt revised the various wheel designs, and boy, what a selection there is! True to form, the angular, wraparound taillights remain, while a small spoiler lifts up from the trunk at highway speeds to increase downforce.

Where's the TDI?
Sadly, the TDI option won't be available this side of the Atlantic. Canadians will instead welcome the return of the good ol’ 2.0L turbocharged engine with direct injection. The great news is that engineers managed to extract an additional 19 hp and 14 lb-ft of torque, bringing total output to 230 hp and 272 lb-ft.

As for transmissions, the lone unit is the ever-amazing, 6-speed, dual-clutch S tronic. Forget about a manual gearbox; it's so 2010, apparently.

Where's the fun?
Behind the wheel, that's where! The Málaga area is renowned for its exceptionally clement weather, with about 320 sunny days per year. In these ideal conditions, the 2016 Audi TT literally shone on the mountain pass and many switchbacks that lead to Ronda. Needless to say, I left my tester in Dynamic mode, which made the car tighter and sharper in all the right ways.

More powerful and more agile, the new TT is also more comfortable. Despite the S-line package, the upgraded suspension does a better job of soaking up road imperfections, and I'm thankful for it. Adaptive steering allows aggressive driving on demand, and even when you attack corners with too much zest the car remains easy to control. Of course, Audi's quattro all-wheel drive system also deserves credit. While it's true that the S tronic gearbox tries too hard at times, I felt it performed almost flawlessly overall.

A sports car indeed!
Some enthusiasts will argue that the TT is not a pure sports car like the Porsche Boxster, for instance. Sure, the front-mounted engine somewhat affects performance in comparison, but in reality the new model is a fantastic athlete that underwent a more modern training regimen and can now star 365 days a year. 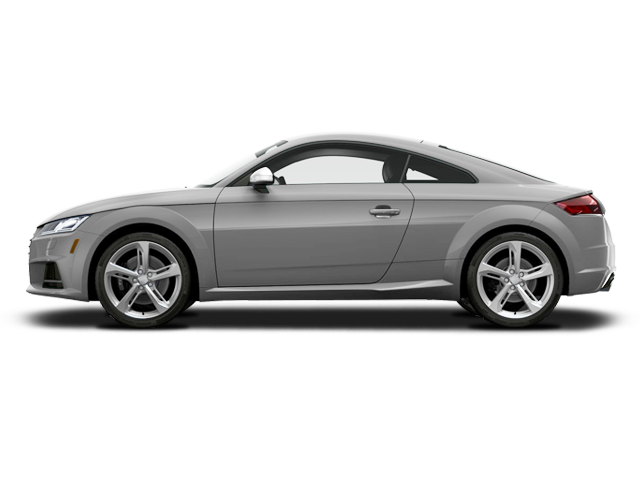 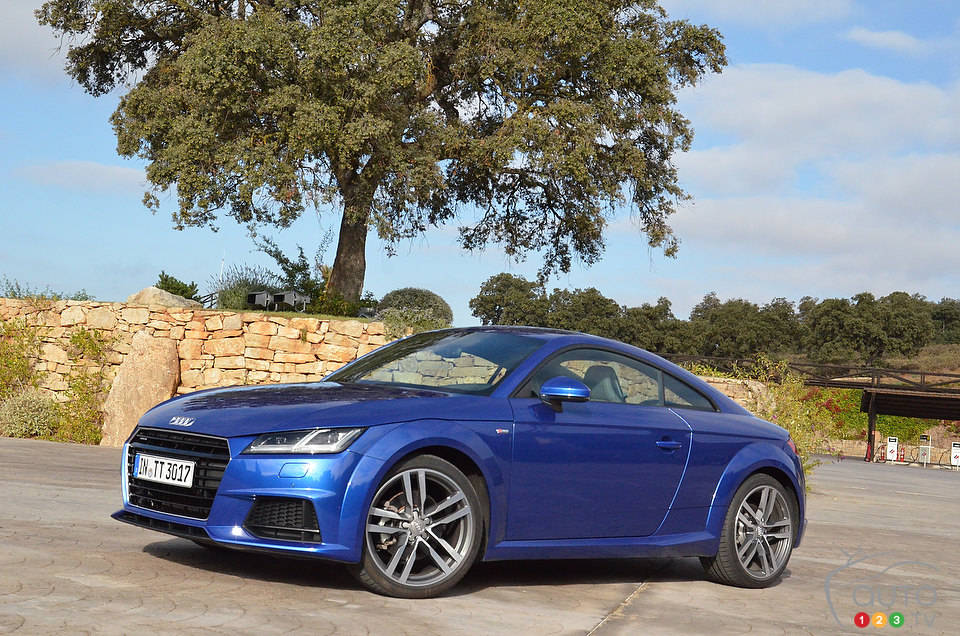 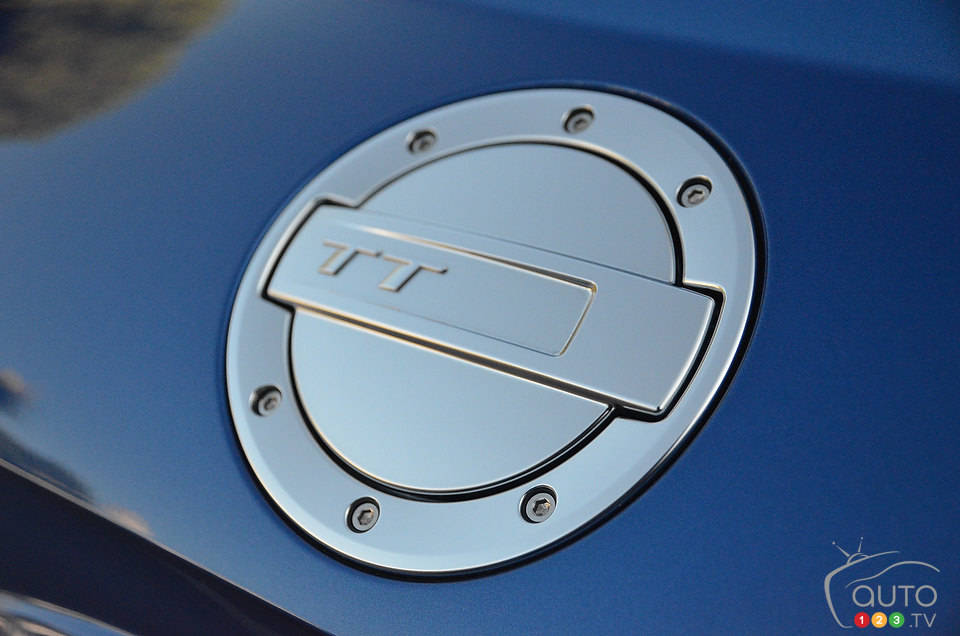 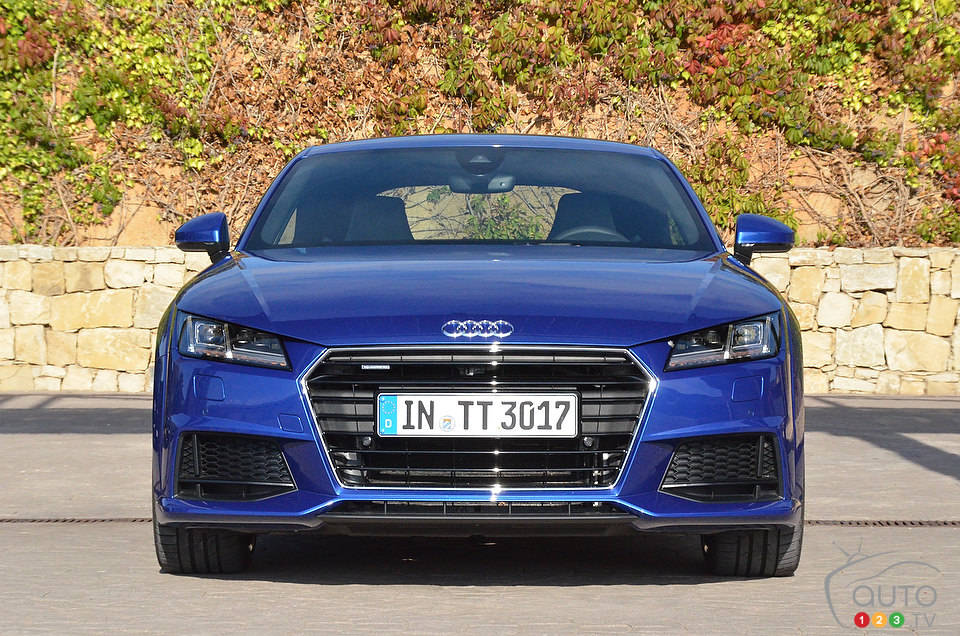 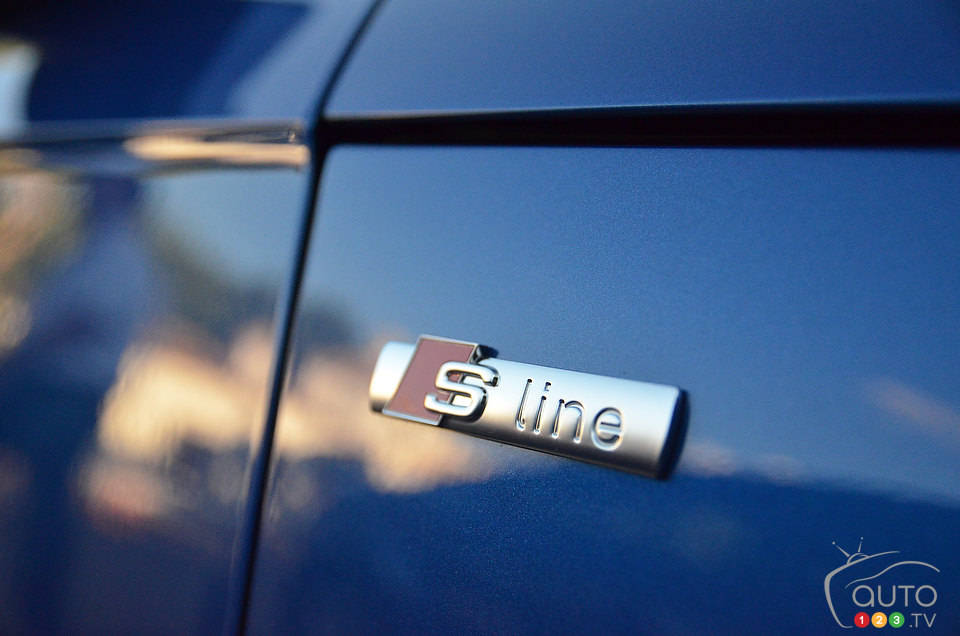 Audi to Produce a TT Successor After All

Audi boss Bram Schot has revisited his earlier comments regarding the future of the TT model, and now says there will definitely be a successor to the iconic...