When the time came to book a press car for the annual pilgrimage to the Automobile Journalists Association of Canada’s (AJAC) Car of the Year event at the Canadian Tire Motorsports Park, I knew I had to plan big. Unlike previous years where I travelled with one or two other journalists, this time I was hitting the road with my girlfriend (also a journalist) and my 2-month-old infant son.

The sheer task of packing clothing and all other baby needs for an entire week was so monumental that I chose not to play trunk-Tetris with a smaller vehicle if only because I wanted to save at the pumps. In no time flat, the good people at GM Canada had set me up in a brand new 2017 GMC Acadia—in Denali trim, no less. I quickly appreciated the trunk’s vastness despite the redesigned Acadia being shorter than the previous generation.

What I also immediately cherished is the Denali’s general refinement. The truck’s smooth and quiet operation kept baby asleep for the majority of the 6-hour trek, aiding sanity to remain with mom and dad. The level of comfort and serenity onboard makes the Acadia a perfect long-hauler. However, tackling the urban setting poses the greatest threat to the GMC as far as being a perfect family car.

What you need to know
Becoming a parent changes everything. I mean EVERYTHING. You probably know this to be true, but for those planning ahead, no, you won’t be ready. What also happens is that your awareness shifts—your awareness of things and people around you and of the newest addition to your household.

As much as I’ve always loved kids and wanted some, all kids now are all the more precious and delicate. Visibility from the driver’s perspective at street corners has become incredibly important, and I struggled with the new GMC Acadia’s large mirrors and massive A-pillars. This combination creates an enormous blind spot when turning left and cuts into the forward side-view. This is not an issue on the highway, though: The big mirrors, when properly adjusted, work great.

The other issue is the 6-speed automatic transmission. The one in my tester suffered from clunky upshifts and rough downshifts. No matter the amount of pressure on the throttle, I could not get the box to glide smoothly from one cog to another. While I was in possession of the Acadia Denali, I had the opportunity to briefly drive another unit and noticed the same behaviour.

Contrast all that with the new Cadillac XT5, which provides excellent forward visibility and a fluid 8-speed automatic transmission, for more or less the same price. No, it does not have a third row of seats, but I always wonder how many owners of such vehicles actually use the final row.

Big 6 power
This may be a rough start to a review on what is otherwise a very good vehicle, but these are the facts. What is also a fact is that everything else about the new 2017 GMC Acadia is good to very good.

The Denali-standard 3.6L V6 provides more than enough power to move the large-ish vehicle. Its 310 horsepower stomp in at 6,600 rpm, shortly after all 271 lb-ft of torque arrive at 5,000 rpm. From a standstill, the Acadia leaves the line with aplomb, but full-on sprints do take a moment.

The first thing you may notice under hard acceleration is wheel spin, an unusual reaction from a large premium SUV equipped with all-wheel drive. The Acadia Denali, like the Cadillac XT5, must be manually set into AWD, otherwise only the front wheels work for momentum. This was undoubtedly done in the name of fuel economy, but in a large, robust GMC truck, it seems very out of place. If you live above the Snowbelt, make sure you engage AWD when temperatures drop.

Refinement à la GM
The best aspect of the new Acadia is its high level of refinement. Much like the other GMC trucks, this utility vehicle moves about in a cocoon-like state where noises and harshness are filtered out. Wind noises are kept at bay, and even at speeds slightly above the limit my wife and I could carry a conversation at a normal level, without waking the baby up.

Furthermore, the GMC Acadia’s ride is particularly good thanks in large part to the optional Continuously Variable Real Time Damping system and 5-link independent rear suspension. Strangely, it feels very heavy, as though sitting on top of a large concrete block, despite the fact that it’s 700 lbs lighter than the previous model. Those interested in a sense of solidity and security will be delighted with this truck.

The new dimensions positively affect steering: Response is sharper, making the 2017 Acadia more maneuverable with impressive handling for what it is. Braking is strong and efficient with very good pedal feel.

Denali cabin specifics
A Denali product is always distinctively garnished. The new GMC Acadia is bolder all around, but the addition of tasteful brightwork, standard 20” wheels, HID headlights, and LED taillights spruce it up to a near luxury-vehicle allure.

The same goes for the spacious cabin where features are concerned. A Denali-exclusive 8” driver info centre sits neatly among the gauges, while GMC’s brilliant IntelliLink 8” touchscreen with navigation is nestled atop the attractive centre console. The only letdown is the poorly selected, cheap-looking, simulated wood trim.

The large heated/cooled leather front seats that come standard in this top-line version are comfy; however, they could use a little more overall support. The heated second-row captain’s seats are well conceived, as is the third row. Another “must” included with the Denali package is a heated steering wheel.

A Denali in your future?
Perhaps the real question is: What’s in the Acadia’s future? The question is moot at least for two years or so as the vehicle is all-new. The reason why I ask is because I’m wondering if GM will drop the 8-speed autobox in the Acadia or possibly hold off for the 10-speed unit. In the meantime, I’m hoping for a transmission re-tune.

As much as the family and I valued our time with the Acadia Denali, the XT5 I drove a short week later put all my qualms with the GMC to rest. There are also many other 3-row SUVs out there including fully loaded versions of the Toyota Highlander, Honda Pilot, and Dodge Durango. None of these options have the Denali’s panache, but the $65k Audi Q7 certainly does… 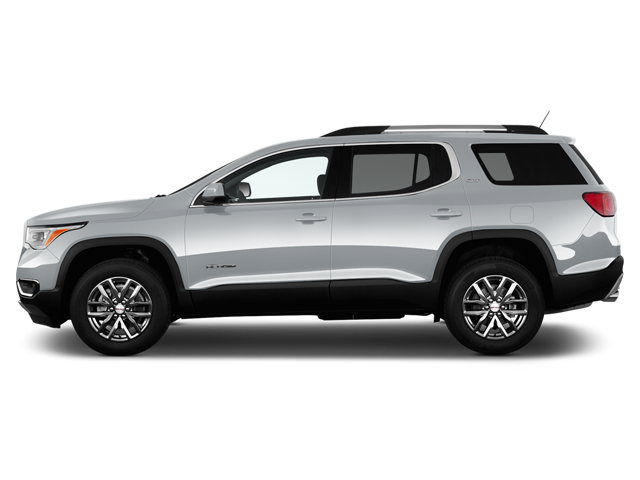 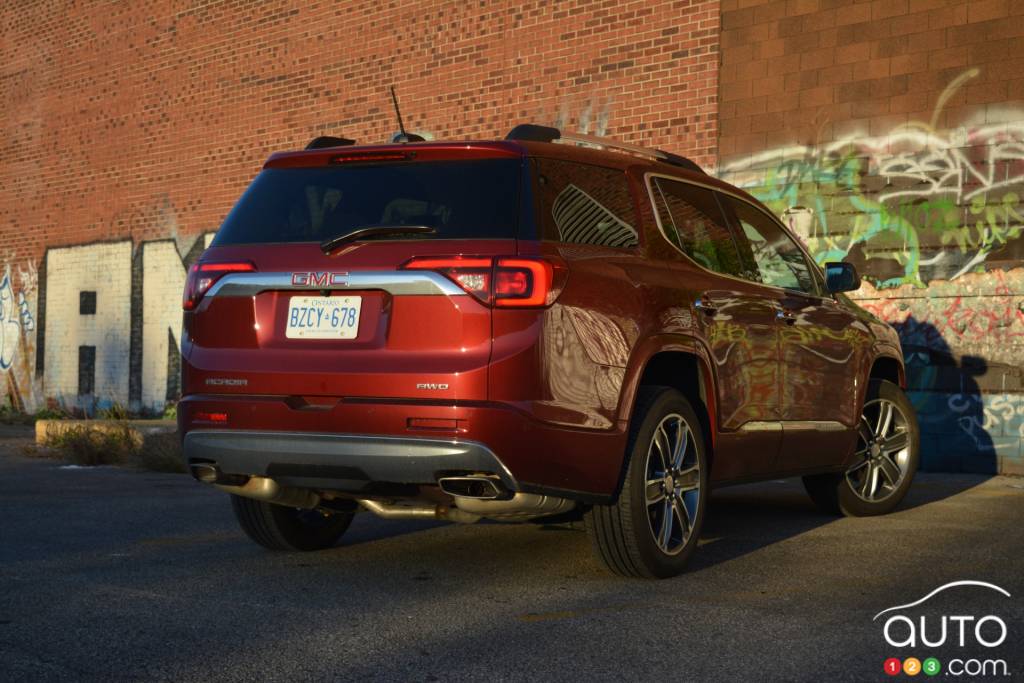 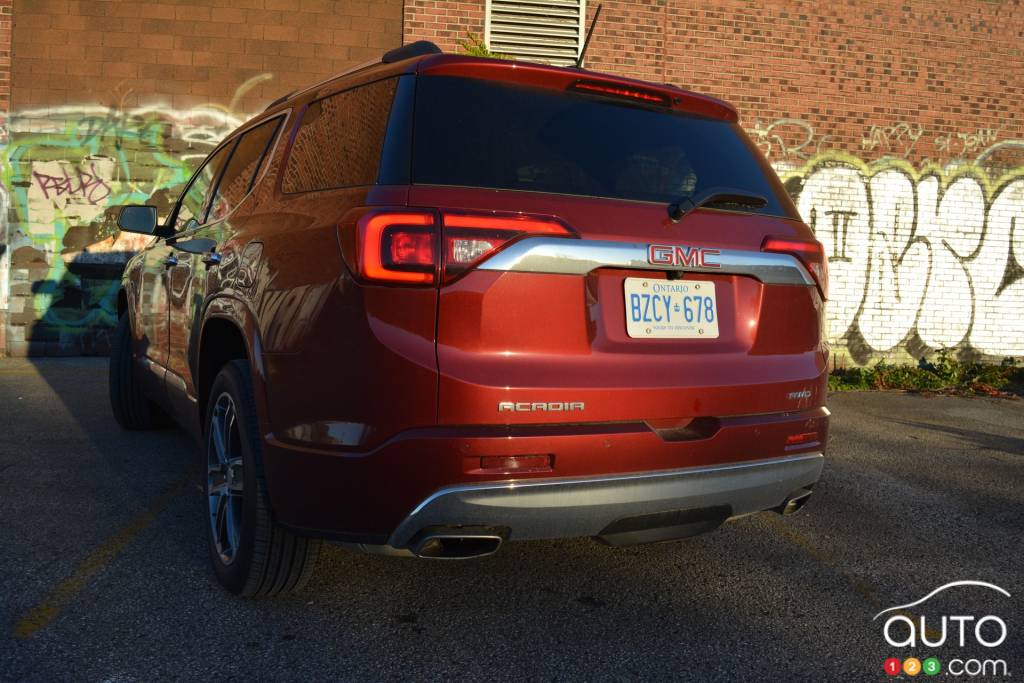 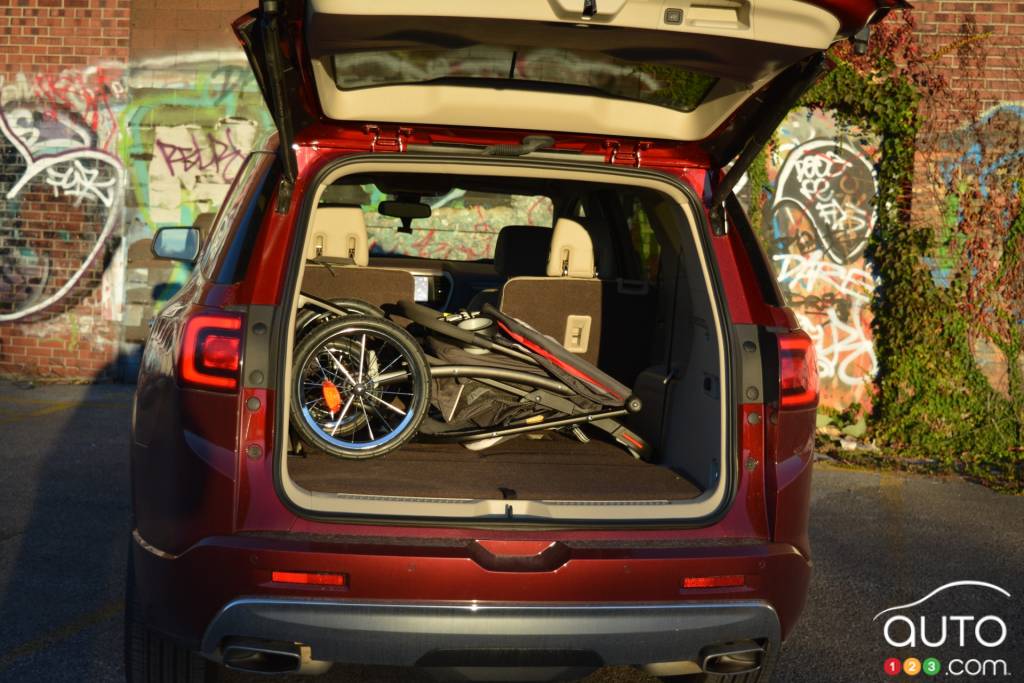 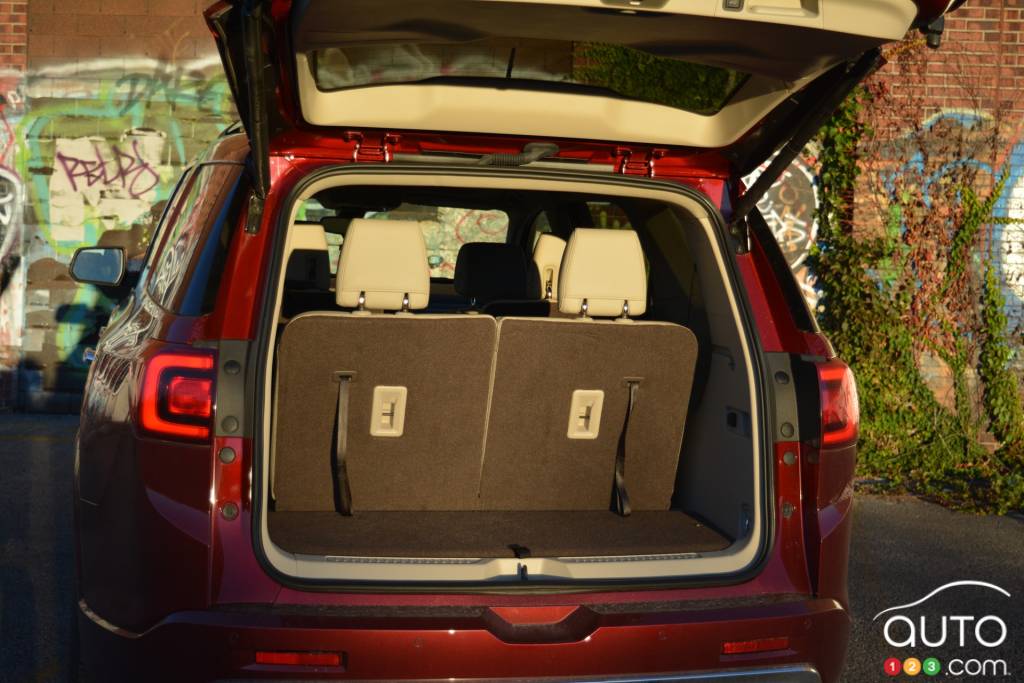 GMC casts its net wide with its extensive range of consumer-pleasing SUVs. Among the models available, if you need to transport up to 7 people or a bunch of ...

Here are the 10 pickups and SUVs that have marked the 2017 Detroit Auto Show.