We are today light-years removed from those first vehicles imported into North America by Korean automaker Hyundai. The Pony racked up strong sales in this market in the 1980s, but owed much of its success to its highly competitive price point that others could not match.

Hyundai’s vehicles have improved greatly over the years, first catching up to most other makes in terms of quality and technical advances, then staking a claim to the higher end of the market with vehicles that are both distinguished and sophisticated. Even better, the automaker has entered the luxury car market segment with its Genesis division.

This does not mean that Hyundai is content to sit on its laurels. The company is also striving to make its way in the category of eco-friendly cars such as hybrid, plug-in hybrid and 100% electric vehicles. We’ve already seen the carmaker flex some muscle in this field, but the arrival of the Ioniq signals its full commitment to the market.

The 5-door hatchback sports an elegance dictated by the laws of aerodynamics, while offering three different trims, each with its own engine setup – a first for the company. The hybrid and 100% electric versions will be the first to hit the market, followed over the course of the year by a plug-in hybrid edition.

Just enough flash
It’s clear that the Ioniq is taking aim at the Toyota Prius, the undisputed king of the hill in the hybrid car segment. It’s equally clear that the engineers at the Korean manufacturer chose not to fight an all-out war for originality with its Japanese adversary. The three versions of the Ioniq feature modern and distinctive lines, without ever surpassing current standards for elegance. Of course it’s important to keep in mind that the lower the coefficient of air resistance is, the less fuel and/or electricity is consumed per kilometre. The coefficient of drag for the Ioniq is 0.24, putting it on equal footing with the Prius and among the most aerodynamic cars on the market.

Of course, a profile that must answer to criteria dictated in part by aerodynamic considerations will necessarily put constraints on designers. For the most part the team at Hyundai acquitted itself well, although accessing the rear seats requires quite a bit of bending down, and rear visibility is not fantastic. Any issues that may arise from that are diminished by the backup camera, offered as a standard feature. Also standard in the Ioniq are heated seats and various safety accessories.

The interior is quite inviting, with a well-conceived dashboard that includes all the elements you’d find in competing models, namely a central 8-inch touchscreen display, an LCD instrument cluster display and a host of practical elements designed to optimize the driving experience. The hybrid and plug-in hybrid versions of the Ioniq feature a gear shift knob on the central console, while the all-electric model has touchpad commands at the same place. The latter version is also visually distinct with its own grille design.

Hyundai-made mechanics
In the past, it was not uncommon for Hyundai to borrow technological elements from other manufacturers, but those days are long gone. The powertrains for the three Ioniq versions were fine-tuned in a research centre devoted to the development of hybrid and all-electric vehicles.

While most hybrid vehicles come with CVT transmission boxes, the Ioniq features an Eco Shift 6-speed, dual-clutch automatic transmission. In the case of the all-electric version, power is transmitted to the wheels by a single speed reduction gear.

To ensure greater rigidity and to reduce weight, high-quality steel was used for the chassis, while a number of the suspension components, as well as the hood and the trunk lid, are made of aluminum.

Opinion is unanimous
Prior to being introduced on the North American continent, the Ioniq was sold in several other corners of the globe, notably in Australia and in several European countries. And in virtually every one of those markets, reception has been overwhelmingly positive. The consensus is that it is a well-conceived car with a rigid platform and sophisticated mechanics able to successfully challenge the Toyota Prius. What’s more, the Korean-made car offers greater power and an average selling price that should be lower than that of the Toyota.

In addition, its five-door configuration makes it just as practical and versatile as its Japanese rival. On the road, it displays strong acceleration and gear shifting for its category, as well as brakes that are more progressive and less unpredictable than certain competing models when in energy recovery mode. One thing that has come out of road tests wherever it has been sold is a certain imprecision in the steering, as well as above-average firmness in the suspension. Also widely noted, however, was the strong performance of the dual-clutch automatic transmission, seen as being more homogeneous than similar transmission boxes in this price category.

Overall, Hyundai has set itself up for success with its new Ioniq. 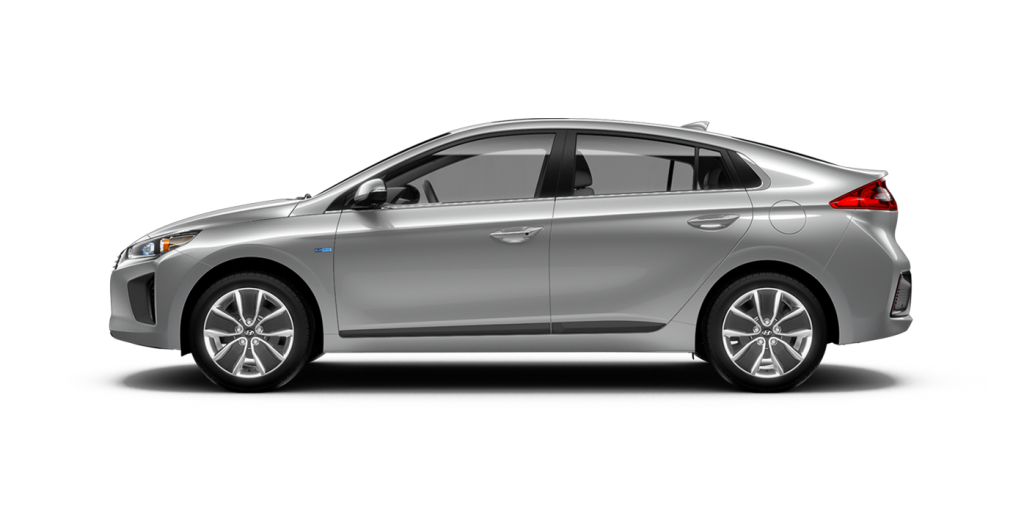 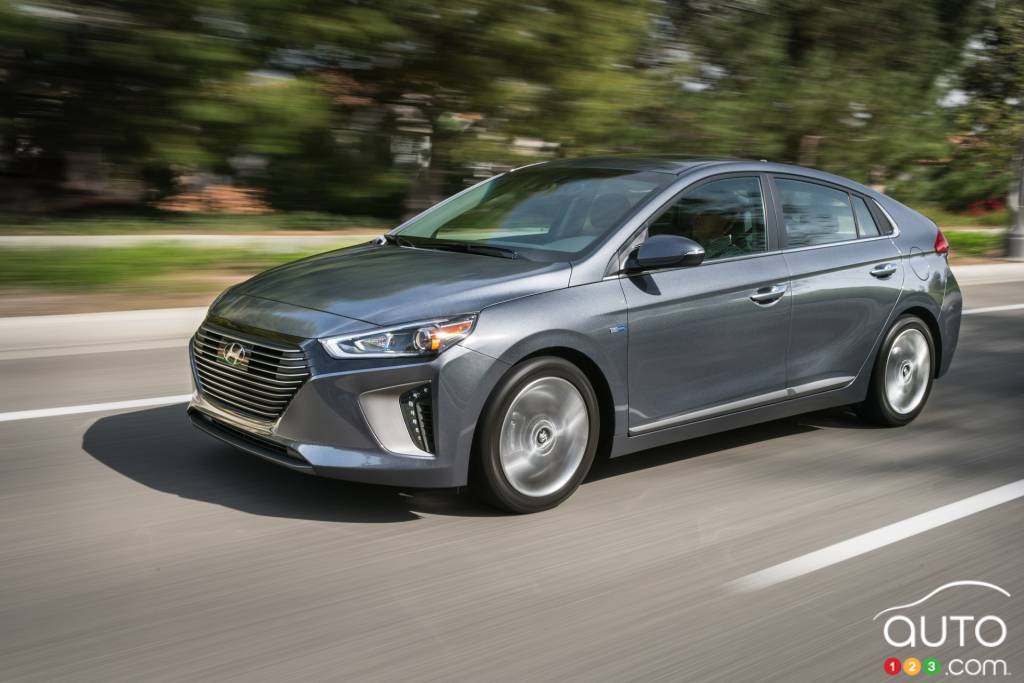 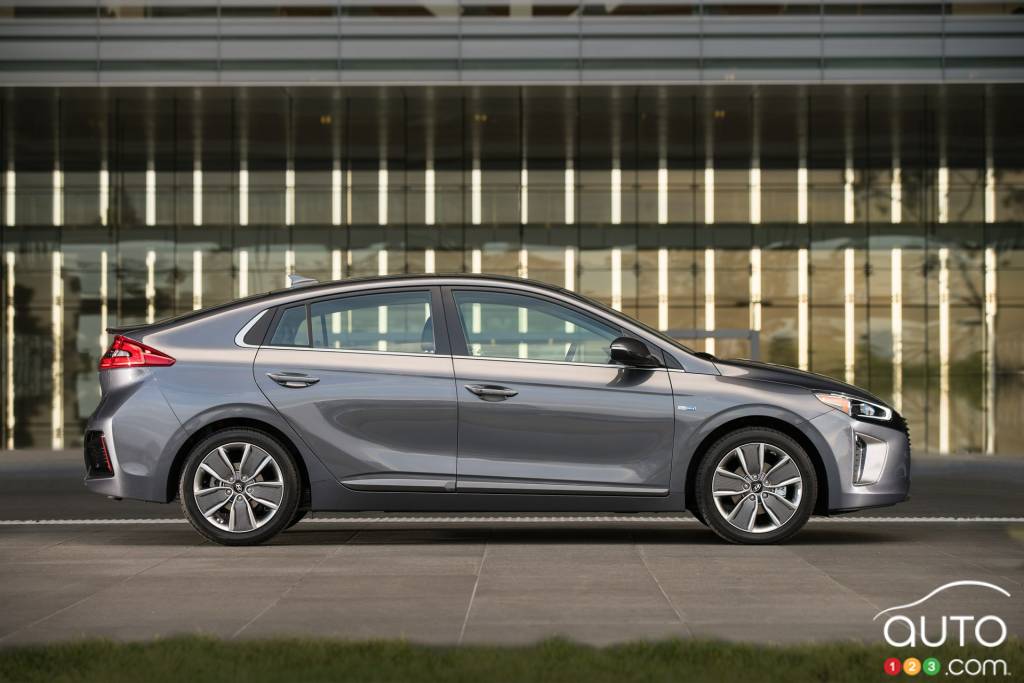 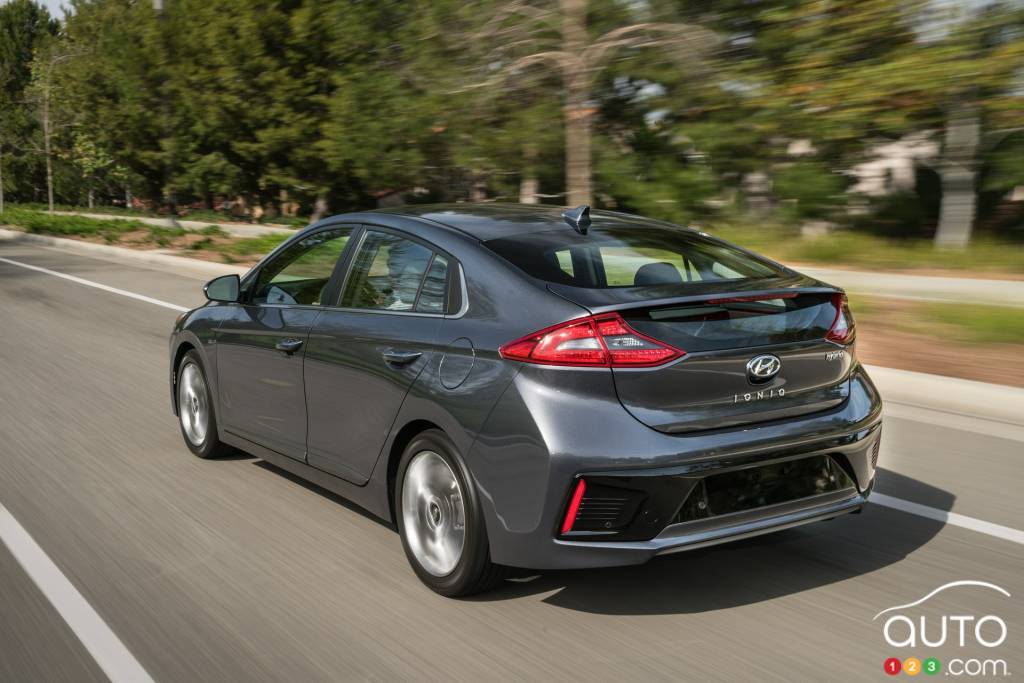 Battery-powered models like the new Kia Niro and Hyundai IONIQ will prove forces to be reckoned with in their respective classes. Learn more about them with ...