ÅLESUND, Norway – After having explored the limits of power and performance with the 575-hp, all-wheel drive SVR, Jaguar now presents a simpler, lighter and more affordable version of its F-Type for 2018. At the heart of this transformation sits a more animated variant of the 2.0L 4-cylinder Ingenium turbo engine lurking under the hood of the sports car, which is offered, once again, in coupe and convertible formats.

The new engine is able to generate 296 hp at 5,500 RPM, and its maximum torque of 295 lb-ft is attainable at just 1,500 RPM. It is not only the most powerful 4-cylinder engine Jaguar has developed for a production vehicle, but it produces more power and torque per litre than any other vehicle in the manufacturer’s current lineup.

All that muscle is transferred to the rear wheels via the same 8-speed automatic transmission found in the other F-Types; the car also comes with a manual mode and aluminum paddle shifters on the back of the steering wheel. On the other hand, no all-wheel drive or manual gearbox is offered with this new version.

Jaguar promises its new sports model is capable of a 0-100 km/h acceleration time of 5.7 seconds, which, based on my initial Norwegian test gallop, strikes me as perfectly realistic. The specifications also note a top speed of 250 km/hm, though I did not even attempt to verify that in Norway, which, our hosts pointed out to us, does not horse around when it comes to enforcing respect of its posted speed limits.

Lighter where it counts the most
The new all-aluminum 4-cylinder engine of the 2018 Jaguar F-Type is lighter by 54 kg than the 3.0L turbo-charged V6 (335 hp) offered on the next-level model and the next up in Jaguar’s engine-power hierarchy. What’s important to note about this weight loss is that it’s exclusively to the benefit of the front axle, allowing for appreciable improvements in agility, balance and road grip.

That last is assured also by an aluminum double-wishbone suspension for all four wheels. And as always with Jaguar, all these elements were adapted with care and their settings fine-tuned to deliver the best combination of ride quality and road grip, which having to resort, in this case, to adjustable shocks. With great success, I should add.

When it’s time to brake, the new F-Type uses ventilated disc brakes 355 mm and 325 mm in diameter (front and back), pinched by twin-piston and single-piston calipers (again, front and back). The standard alloy wheels are 18 inches in diameter and are fitted with 245/45/R18 tires on front and 275/40/R18 tires in back. Also available as options are 19- and 20-inch wheels, with tires to match.

Stunning transformation
The 4-cylinder 2018 Jaguar F-Type that I drove (too briefly, I should add) on some of Norway’s gorgeous roads was a coupe equipped with the optional R-Dynamic package, which comes with 19-inch wheels and performance tires, the familiar sport exhaust switch of the F-Type model and several presentation details, both inside and out.

When firing up the 4-cylinder, the first sense to get tickled is, of course, the auditory one. The deep rumble heard at low RPM is nothing to write home about, displaying none of the exotic seductiveness of the F-Type’s fabulous V6 and V8 engines.

Things get much better for the ears when you go to work on the accelerator. The big rounded-rectangle-shaped stainless-steel exhaust of the 4-cylinder F-Type sets about blaring a pleasant and throaty roar while the RPM needle climbs towards the virtual 6,300-RPM red line, point at which the 8-speed automatic gearbox kicks in, in a fraction of a second, with its internal shifting to engage the next gear.

Each one of the sounds uttered through this process bears the inimitable Jaguar signature; it matters not to what diabolical tricks the automaker’s engineers had to resort to manage that.

For all that, though, it’s when you grip and use the leather-trimmed steering wheel that you become cognizant of how different the 4-cylinder F-Type is from its lineup siblings. The lightness of the steering, at the central point and on tight turning radii, makes you feel like you’re driving a completely different car. The new version is superbly stable and holds its line marvellously, laughing off tight turns with a slight and even tire squeal that doesn’t qualify as under-steering. That said, it did actually bob and weave slightly on the ruts and potholes the Norwegian roads threw at it (and yes, they have those there too!).

Updates and upgrades
For 2018, all F-Type versions get new LED head- and tail-lights along with redesigned front end, bumpers and air intakes. Inside, highlights include new seats whose magnesium structures make them lighter by almost 8 kg and Jaguar’s new Touch Pro multimedia interface, the touchscreen of which allows you to zoom in with your fingertips, smartphone-style.

It’s also now possible to add a slew of systems ranging from lane keep assist mode (thoroughly annoying, and which luckily can be deactivated) to a park assist system, the inclusion of which, in a sports car such as this, is downright bizarre. On the other hand, the new ReRun application, developed in collaboration with GoPro, records video of your drive, complete with data you choose to include. Now there’s a new technology worth two thumbs up.

Base prices for the new 4-cylinder Jaguar F-Type coupe and convertible versions are $68,500 and $71,500, respectively. There’s little doubt that these are interesting and relevant additions to the F-Type series, even if the lineup does now include 5 models and 26 variants. That’s if you count the coupe and convertible versions of the new 400 Sport, powered by a 394-hp compressed V6, which will only hit the market in 2018.

A family of thoroughly modern British sports cars, the F-Types have charm and character to spare, along with impressive road grip and performance capabilities. 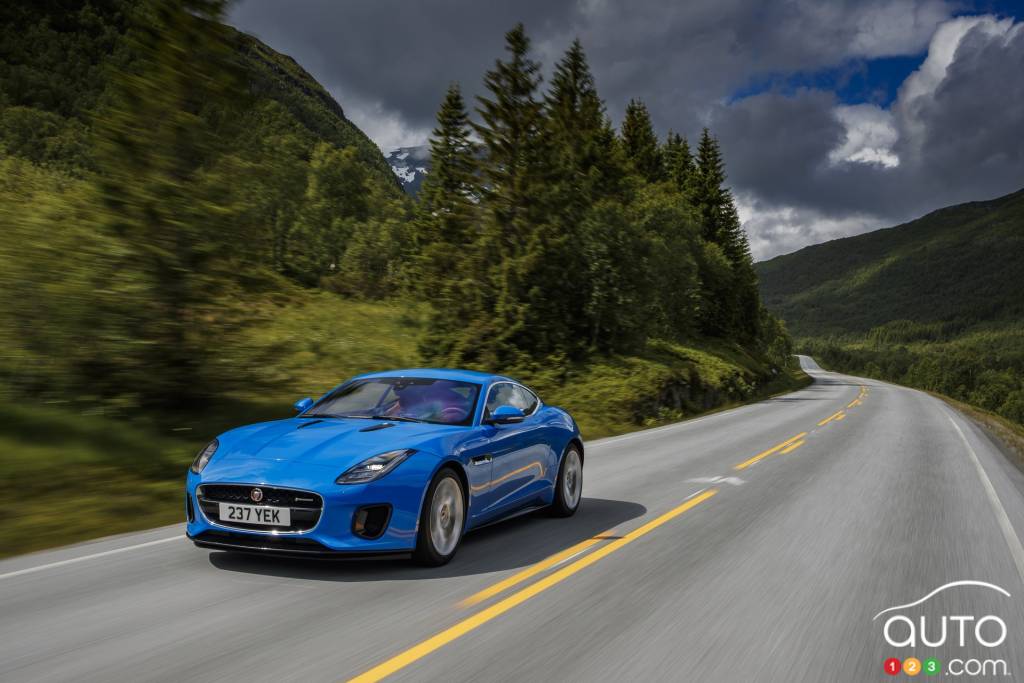 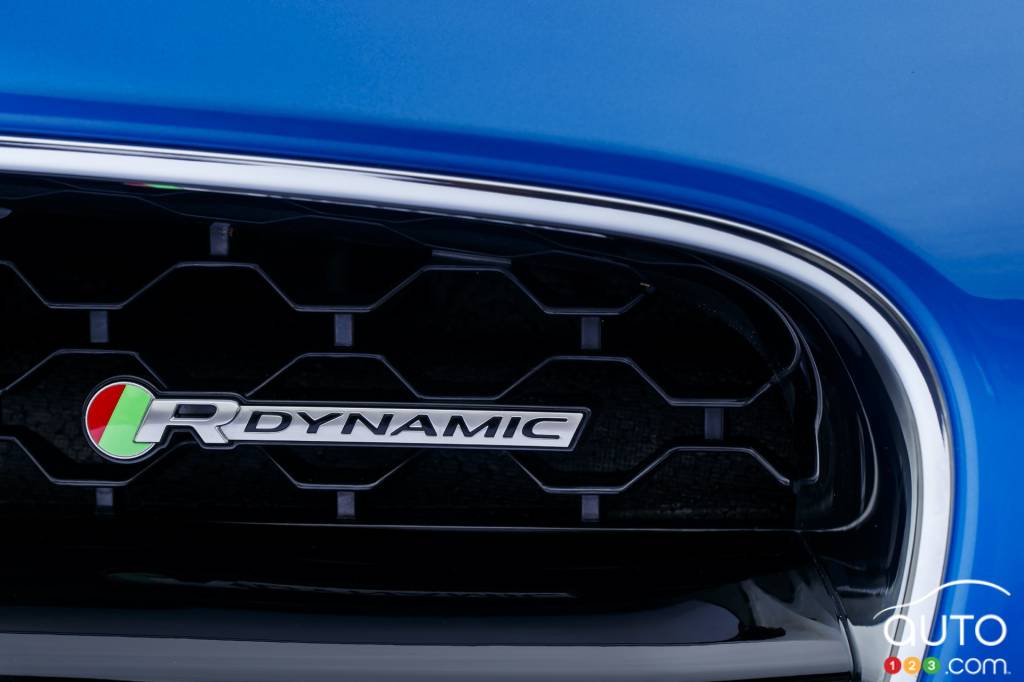 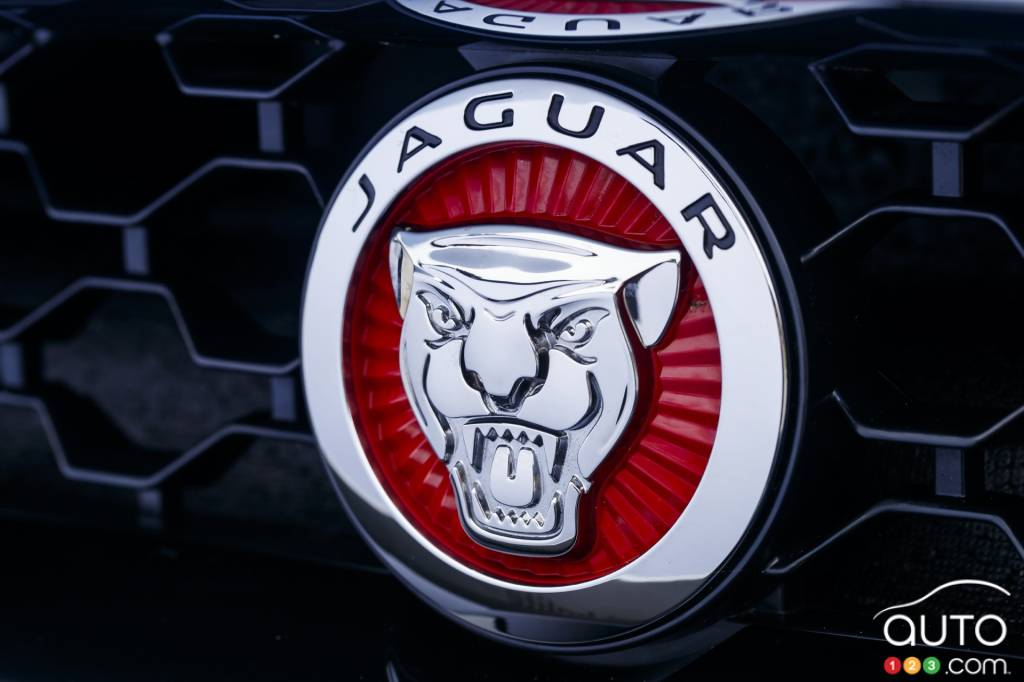 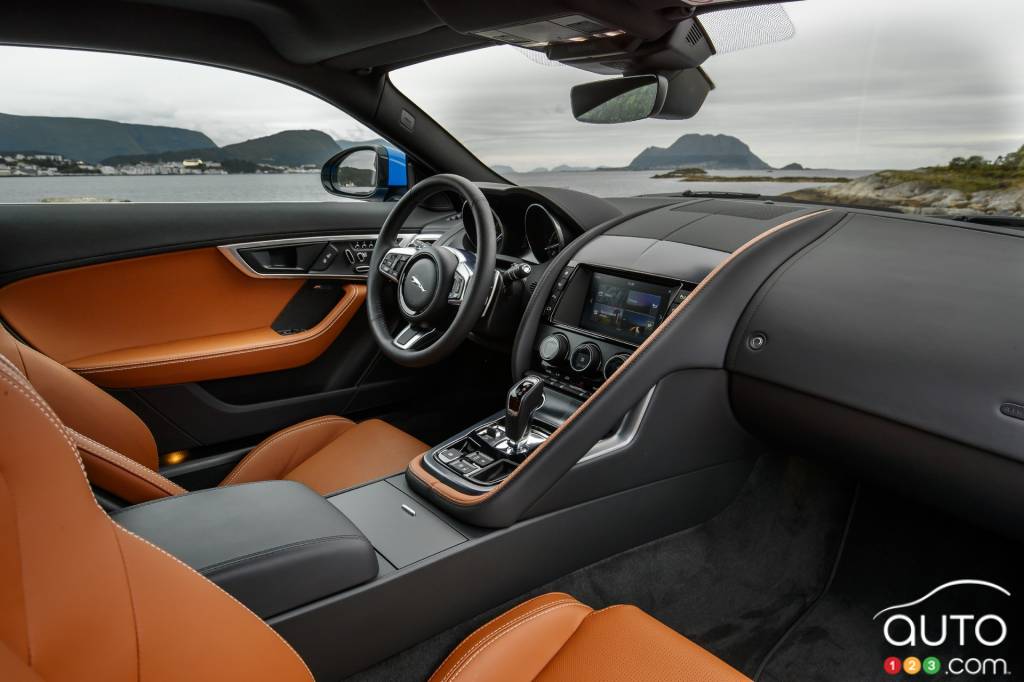 Announced this past May, the new XE SV Project 8 is a road-ready ultra-high-performance model that instantly becomes the most powerful and extreme Jaguar the...