LOS CABOS, Mexico. Thinking back 15 years, I would not have imagined that the German carmakers could dominate―or quite nearly―the luxury utility vehicle categories like they do right now. This is all the more true with Audi as they were digging deep to find a foothold in the very competitive luxury car segments back then.

For the 2007 model year, Audi jumped onto the SUV bandwagon with their Q7 and followed up roughly two years later with the Q5. They’ve never looked back since. So instantaneous were the acclaim and success for both vehicles that the people from Ingolstadt may have surprised themselves. In fact, the Q5 went on to become a bestseller in its class in many world markets almost overnight. Furthermore, it trumped the A4 as Audi’s best-selling nameplate shortly after its arrival.

The compact luxury crossover is ripe with competition from BMW (X3) and Mercedes-Benz (GLC), and their importance has taken precedence over traditional sedans such as the 3 Series and C-Class. At Mercedes, for instance, the GLC-Class currently sits in 4th place in Canadian sales, but once supply meets demand, it’ll be snuggling with the C for the top spot.

All in
Needless to say that this category of vehicle has become crucial for luxury brand bottom lines. This explains why the launch of the new 2018 Audi Q5 is such a big deal. Like the redesigned 2017 A4, Audi has taken everything that was good in the previous vehicle and nudged it into the new one. Other elements that were less than perfect were all revised or tweaked for the 2018 model.

The result is an instantly satisfying package that pleases all the senses. Simply walking up to the Q5 can put a smile on the corner of your mouth. Styling-wise, this “truck” is a shrunken Q7, but thanks to its tidier proportions, it looks infinitely better. The Q7 is absolutely handsome, but here, smaller is beautiful.

The new 2018 Audi Q5 is not only marginally bigger than the outgoing model in every way, but also 90kg lighter. The major gains can be found in the cabin where passengers are treated to more room. They also benefit from a very classy dashboard complete with top-notch fit and finish. A little more storage up front would have been appreciated; however, the supportive front seats and good-sized cargo hold will convince potential buyers.

One particular aspect of the new Q5 is that it will be the first Audi ever to be built in Mexico, or outside of Europe, at their all-new, highly advanced plant in San José Chiapa. Some may fear that build quality won’t be up to snuff with what we’ve come to expect from Audi, but I’m here to tell you that after driving over 320 kilometres, including some rough roads and a long off-road portion, the new Q5 is just as solid, if not more so, than the old version.

Vorsprung durch Technik
Indeed, the “Advancement through Technology” is evident in the Q5, and it begins with the next-generation MLBevo platform that is shared with the latest A4 and A5. This highly innovative building block has allowed Audi engineers to create a more refined yet competent vehicle that can blur the lines between on- and off-road capabilities despite undoubtedly being primarily about luxury.

The impressive 2.0L TFSI 4-cylinder will be the sole engine available in Canada, at least in the beginning. The 3.0L TFSI V6 could make a comeback with an upcoming SQ5 model, while the sublime 2.0L and 3.0L TDI engines are but a pipe dream.

At the launch event, I was able to sample all three engines and their various transmissions. Of course, the 3.0L TDI is devilishly addictive with its 286 horsepower and 457 lb-ft of torque, but thankfully, the 2.0L TFSI is far more adequate than one would think.

Its newfound power output of 252 hp and 273 lb-ft is now matched to Audi’s excellent 7-speed S tronic dual-clutch transmission. This combination has shaved nearly a full second off the 0-100 km/h sprint (from 7.1 to 6.3 seconds). Engine response is very good once under way. I did find an unfortunate amount of throttle lag from a stop under acceleration, however. Through Audi Drive Select, I was hoping that “Dynamic” mode would eliminate this delay, but such was not the case. On the plus side, passing is a breeze as the transmission aces all manners of shifts all the while keeping the 2.0T mill in its vast powerband.

New quattro
The 2018 Audi Q5 comes with a new version of Audi’s legendary quattro AWD system. Referred to as quattro ultra, the new setup is FWD-biased, with AWD automatically kicking in when conditions require the extra traction.

The system’s control unit works on either a predictive or reactive level. Depending on Audi Drive Select settings and other sources of input, it will determine whether or not to engage the rear drivetrain. As you would imagine, it functions seamlessly and effectively.

The tease
I was excited to say the least about getting behind the wheel of the new Audi Q5. Within a handful of kilometres, my drive partner and I were impressed with the vehicle’s ride quality. The optional air suspension, fitted to all of the Q5s on hand, demonstrated an incredible level of poise, comfort, and handling. I was further impressed over rough pavement and even off the beaten path.

Truth be told, I was starting to believe that the new Q5 was just about flawless. However, its steering has a hole punched through it―on-centre feel is vague at best and slow to pick up. Once under load, though, electro-mechanical assistance weighs in with decent feel and precision.

After the drive, my fellow Canadian journalists and I were informed that the air suspension was NOT going to be offered in our market. The standard suspension will consist of steel springs, while the option will be adaptive dampers. All is not lost as the next SQ5, should it come, will likely be equipped with this brilliant setup. I’m also confident that all my colleagues of the North will voice their disappointment and hopefully make Audi Canada’s product planning team change their mind.

Already a champion
The Audi Q5 has already found 1.6 million homes between 2008-2016, and it is a certainty that many tens of thousands more will be snatched up quickly when the vehicle becomes available starting next January in Europe.

The new 2018 Audi Q5 will arrive in Canada next April, and pricing should resemble the current structure. This Audi remains hyper-competitive, extremely refined, and aimed at pleasing all those who take it for a spin. Its revised powertrain is more potent, more fuel-efficient, and wrapped in a very attractive body. The battle in the compact luxury segment rages on. 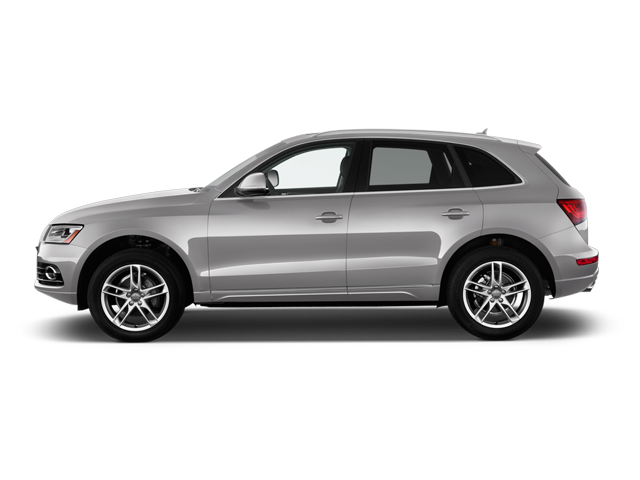 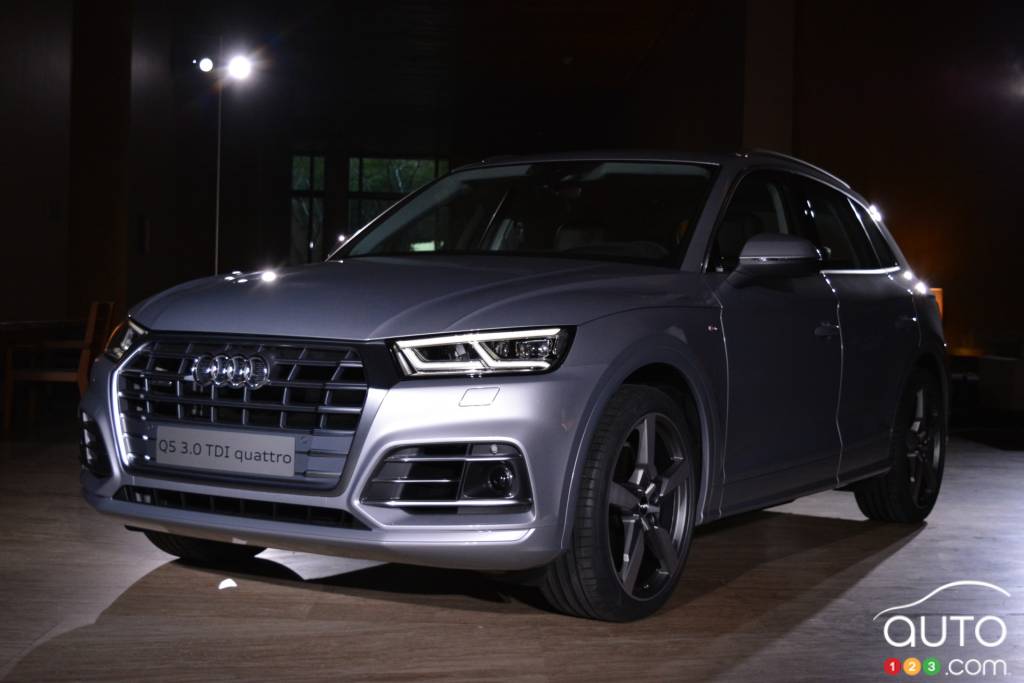 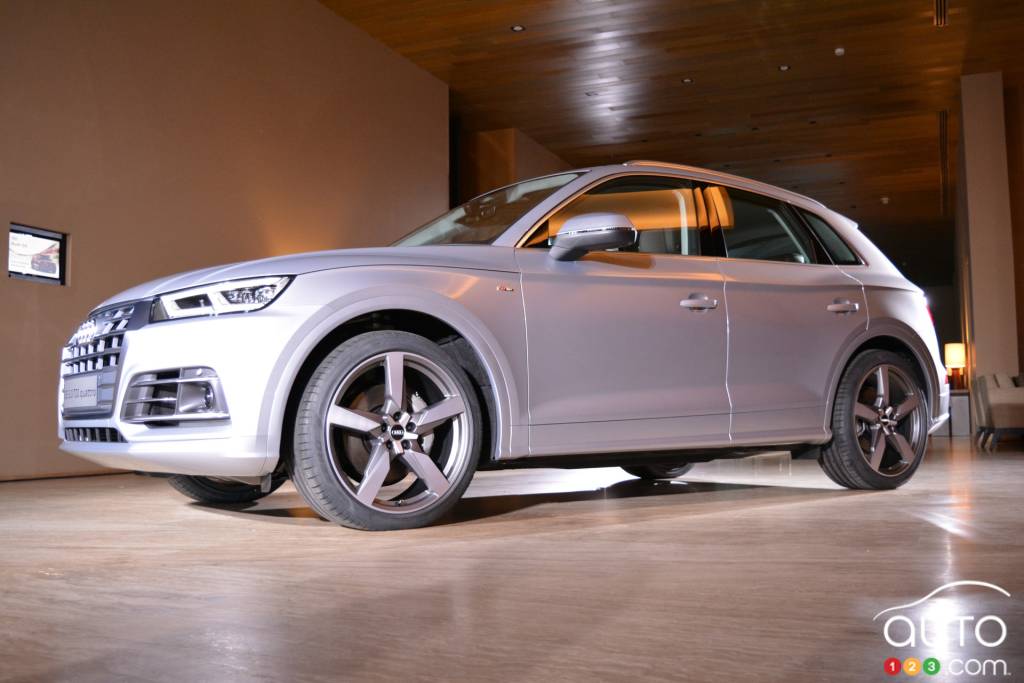 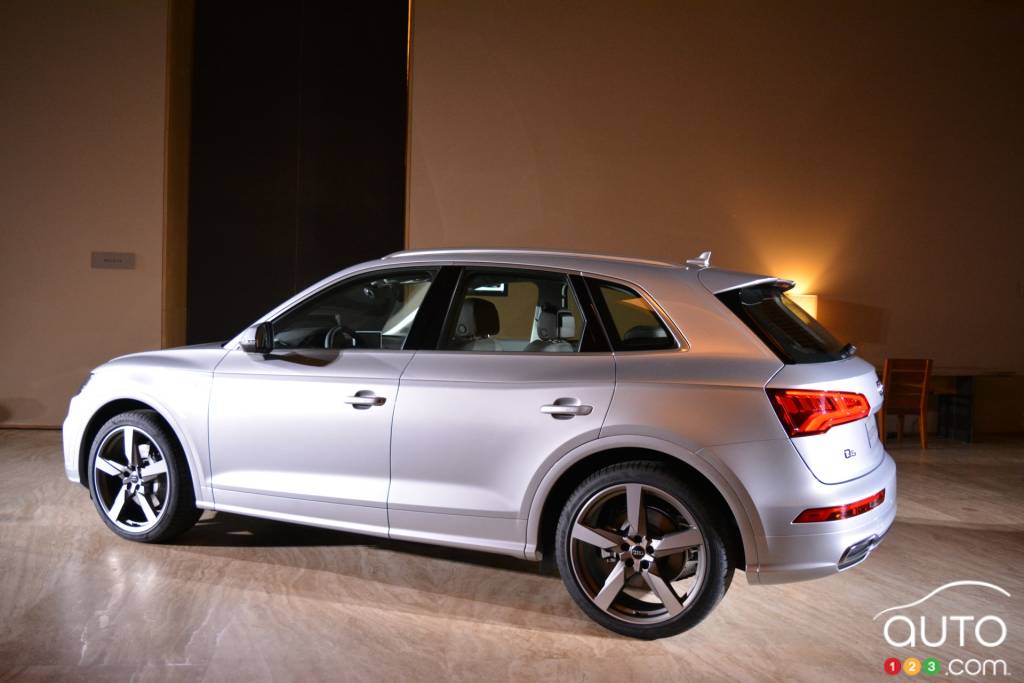 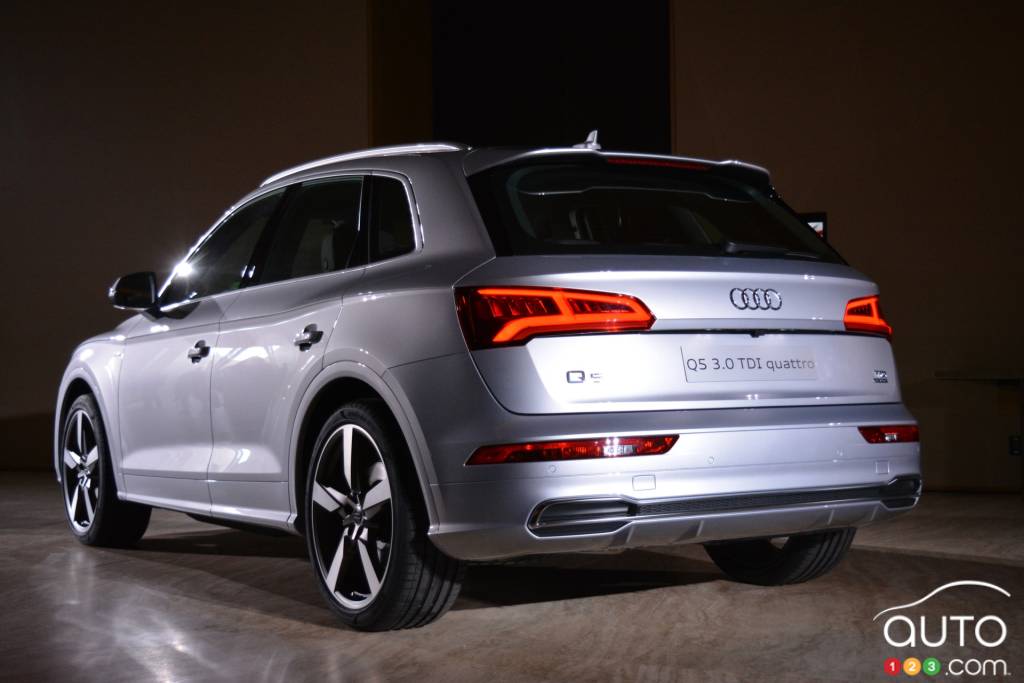 After a 10-year wait, the new 2018 Audi Q5 is here and it doesn’t disappoint, even if the changes made aren’t quite as revolutionary as some were expecting. ...