If the 2018 BMW X1 was a boxer, it would be that smallish member of the local club, a flyweight with a big heart, armed with a pedigree as well as with fists that sting but generate few knockouts, and a will to compete that lets him or her hang in there against bigger mugs. He, or she, doesn’t impress much when first getting into the ring, takes a licking but stays vertical and answers the bell each round, and in the later rounds comes to life with qualities that result in victory - on points of course.

The smallest member of the BMW crossover/SUV lineup, which now includes no fewer than seven models, the X1 is, for starters, out-sported by the sexier X2, which joined the lineup earlier this year and completed the X lineup of BMW utility models. That X2 is roughly similar in dimensions (other than height) but with more sport configurations to the mechanics, a more seductive interior and a sleeker silhouette due to its sloping roofline – check out our review here. The X1 is, in comparison, just a bit boxy, and its frame almost seems a tad big for the wheels its rides on. It also lacks that innately luxurious feel of BMW’s sedans, especially those you encounter as you move up the lineup ladder. It ain’t easy being the entry-level crossover for a luxury automaker used to making the ultimate driving machines, I guess.

My initial impression when I first settled into it, and then took it out on the road, was one of slight disappointment. “This is a dominant player in one of the most hotly contested vehicle segments?”, I wondered but didn’t dare say out loud. Small luxury crossovers like the Audi Q3, Range Rover Evoque, new Volvo XC40, Acura RDX and Mercedes-Benz GLA all have their large, loyal fan bases, with reason. Then there’s the exciting new Jaguar E-PACE.

The X1 holds its own against all of those. Yet there I was, underwhelmed by the exterior shell’s lack of sleekness and by the relatively understated (as in, free of luxury) interior. Maybe it was the brown leather seating, which didn’t really do it for me. In any case I started to prepare my arguments for why it wasn’t such a great car.

And then I drove it some more. And then some more. And then found myself finding excuses to take it out for a spin. And then headed out in search of winding country roads to take this slightly boxy Beemer on a joyride on. Because that’s the secret, right there. Its drivability and road handling - brown leather seats and boxy frame be damned - are special; they’re what make this a special subcompact crossover.

In its guts, the X1 actually has a lot in common with the MINI Countryman, starting with the platform underpinning both models, and an eight-speed automatic transmission that delivers torque in varying degrees to the front and rear wheels. BMW’s xDrive all-wheel drive system does it job very, very well, by the way - I found handling to be simply exceptional in all situations. Total output of the 2.0L inline 4-cylinder TwinPower turbo engine with direct injection comes to 228 hp and 259 lb-ft of torque.

Now, that amount of power won’t place it at the level of the category’s top performers. The X1 does not pack a huge punch, but it is peppy. With that engine and the xDrive AWD, this X1 is a joy to drive in the city. With its relatively short overall length (4.45 m) and great sightlines out all the windows, the 2018 X1 is a true sport activity vehicle for the urban dweller. It turns on a dime, initial acceleration is anything but dull, and you’ll find yourself turning off the audio system to enjoy the purr of the BMW engine as you zoom around. You can switch from the default Comfort drive mode to Sport to modify the transmission and engine response and get a bit more bang for your buck (Eco mode is the third option, in case you want to go that route).

As my road test went on and I found myself falling for the X1’s understated performance chops, the question then became, well if this is so good then why not go for the sexier X2? Well, I had sat in a back seat of the X2 not long before testing out this model, and I did the same here. And when I did I answered my own question. Yes, you may sacrifice a bit of flash and gusto with the X1, but you gain decent headroom (about 6 cm more than the X2) and great sightlines (front and back) in comparison with the sloping-rooflined X2. To give you an idea how appealing that is to a lot of folks, my seventy-something mother-in-law took it for a short drive, and fell for it immediately, pronouncing herself ready to buy it. Yes, that specific car, my tester. Brown leather seats and all.

Now, I’m not sure she got much of a rush out of the engine purr or its agility when cornering or anything else, but she loved her seating position and the view it provided, wherever she sat.

So this adds up to a car that is sporty to drive, but with a higher stance and fenestration that fights back against the upward-creeping obtrusiveness of many present-day SUVs’ doors. Overall, interior space is good and cargo space is decent (505 litres with the rear seats up, 1,550 with the 40/20/40 split bench folded down). And remember that feeling of disappointment I felt at the lack of fanciness inside? As my road test went on that gradually transformed into an appreciation of the minimalist, understated layout and the lack of concern for bling. Those brown leather seats? They were the (optional) sport seats, and they were plenty comfortable, not overly plush but just fine. The focus in the 2018 X1 is on the drive, and on passengers’ well-being.

The commands on the central console and the steering wheel were a breeze to figure out and use when driving. Best of all, BMW has placed a handy turn-knob down near the gear shifter, which I absolutely love and ardently wish all manufacturers would adopt. Without having to stretch your right arm, you can use that knob to call up the main menu, navigation, map, media and other options on the main touchscreen without taking your eyes off the road until you need to. It’s just so intuitive and pleasant to use that I hope I never see another touchpad à-la-Lexus, so wonky of use are those. One note: you may lose time finding the button to activate the heated steering wheel, if you look anywhere else but its clever hiding spot on the left-side underbelly of the steering column, below the turn signal and right by the lever for adjusting the steering wheel’s position. It took me two days to find it… 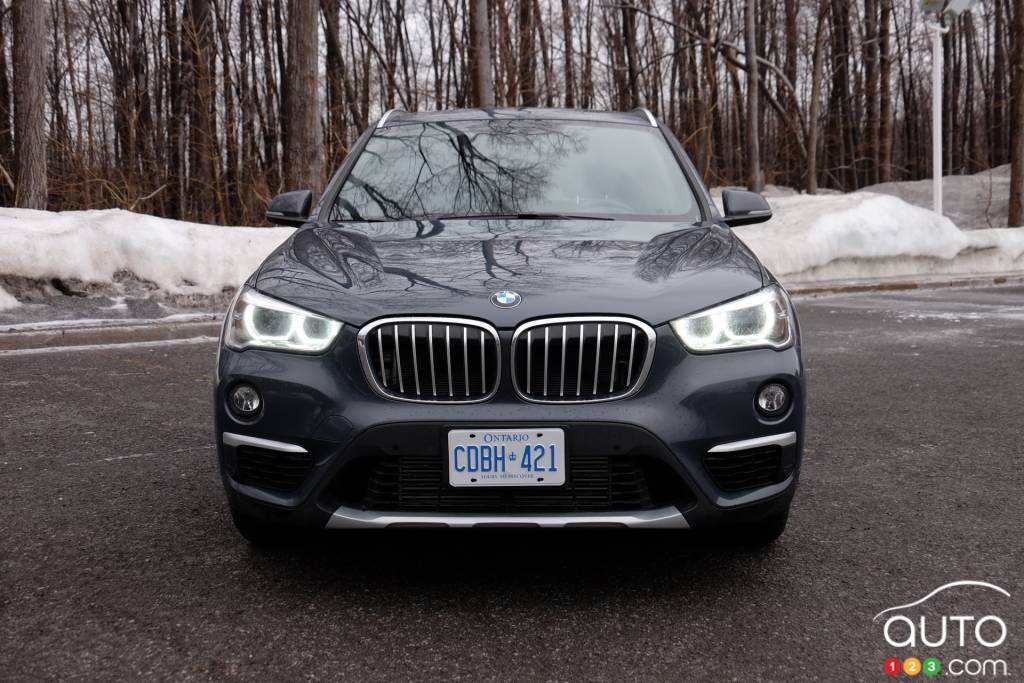 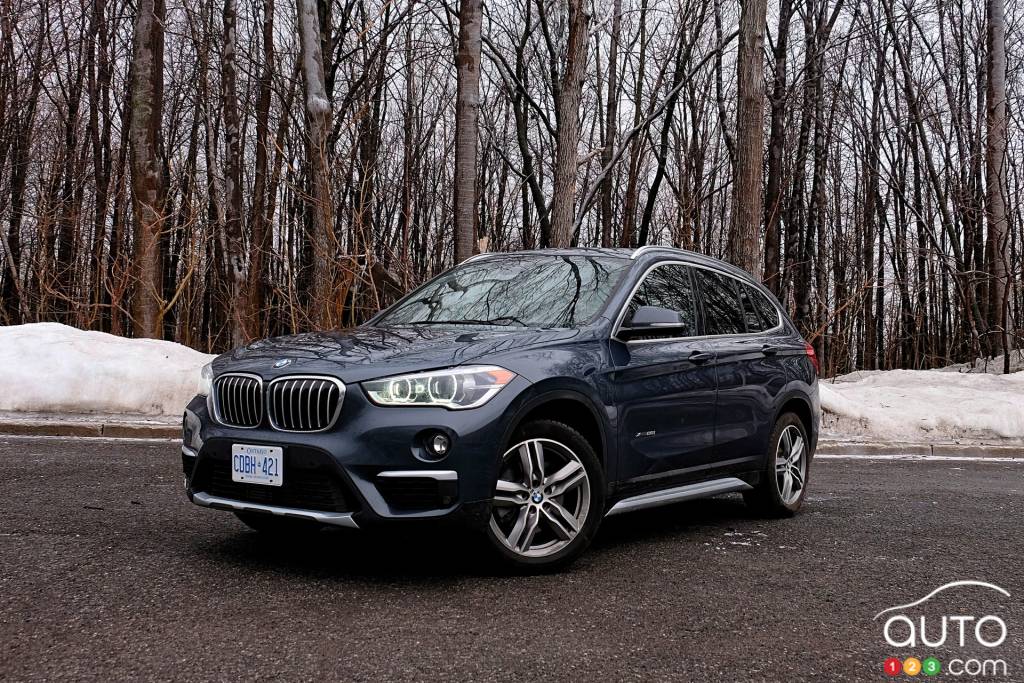 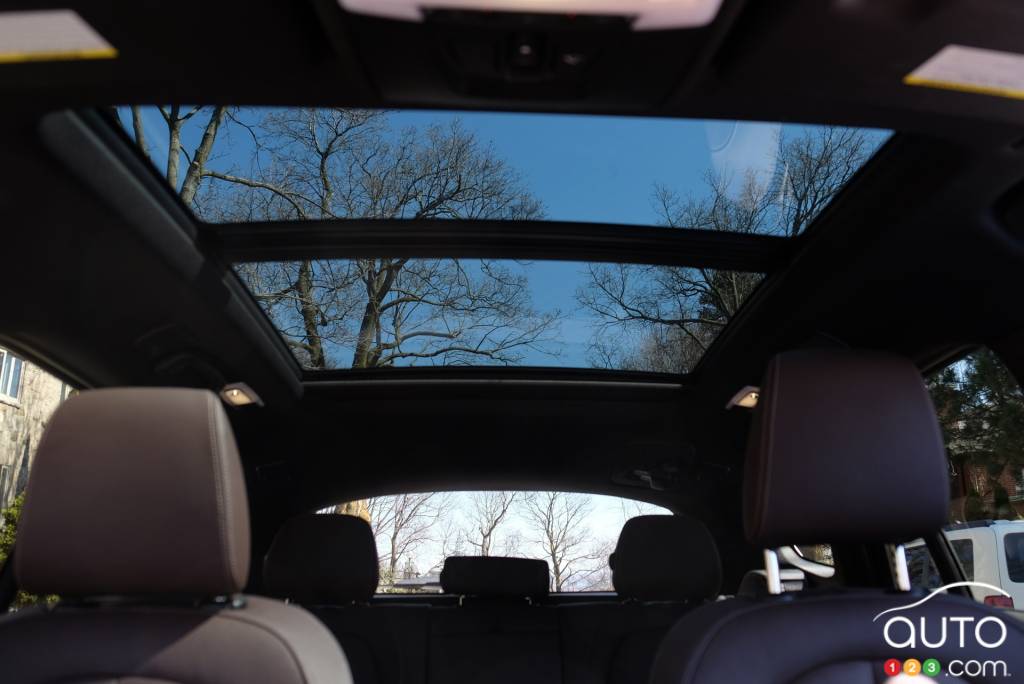 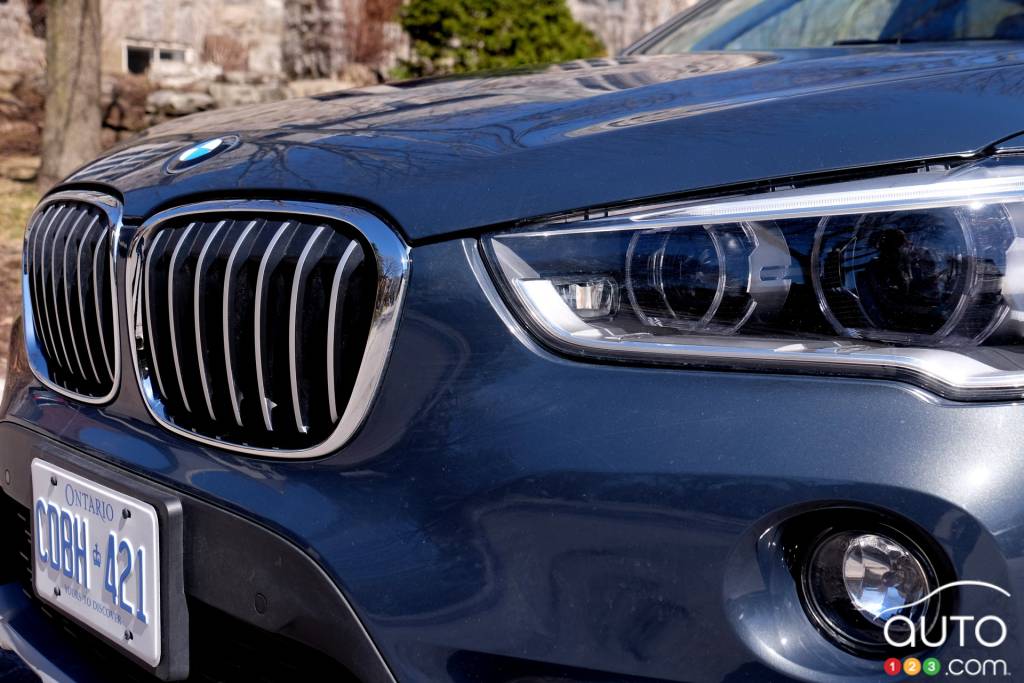 BMW has made significant changes to its X3 for 2018. In addition to a new style, a lot of amenities are added to the model and in terms of driving, the one t...