The CR-V made its debut back in 1977, and right out of the gate it found a large and enthusiastic audience. Keep in mind that at that point in time, SUVs did not yet enjoy the massive popularity they do today. The little utility vehicle made its way without much company, and its success was due in good part to the newness of the format, a style that was quite striking for the period with the spare tire mounted on the hatch, and of course its enduring reliability.

It was the start of a good thing at Honda, and over the years and model generations, sales kept growing, to the points where the CR-V is not just a good seller, it’s one of the top performers at Honda and across the industry.

Today, while the current fifth-generation model is about to embark on its third year on the market since its 2017 revamp, it is more mature as a model than ever. It does everything well, and deftly hides the few weaknesses it does possess.

The best of all worlds? Not necessarily, by which I mean that those who owned an early-vintage CR-V will recall that in those years it had a certain cache and delivered a fair amount of driving pleasure.

Today, the truth is that driving the thing is akin to staring at a grey sky.

As efficient as it is yawn-inducing, you might say. 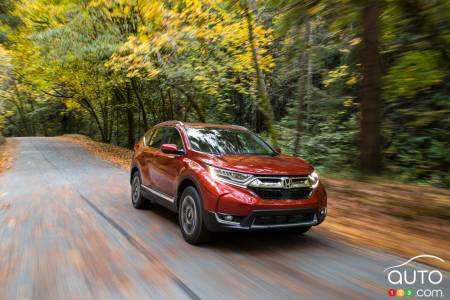 The Honda style
In terms of design, it has to be said that Honda has not exactly set the world on fire in recent years. If anything Honda seems to be struggling to find its visual identity; as a result it’s stuck producing stylistically anonymous vehicles.

And the CR-V fits right into that category.

Fortunately, Honda has held on to one tradition at the brand, that of placing the rear lights vertically and in an elevated position. This is the kind of element that helps give a vehicle its own distinct identity.

For the rest, it’s all pretty mundane. The Touring version we tested does feature a few model-exclusive elements like aluminum roof rails, LED headlights and 18-inch wheels with a unique design.

Aboard
Climb in to the CR-V and you enter an environment conceived primarily with functionality in mind. Storage spaces are plentiful, especially in the area of the central console, and space is ample for all occupants. As for the driving position, there’s little to fault with it – it’s basically perfect.

Where it all goes a little south is when you look at the technologies. The CR-V does have Apple CarPlay and Android Auto compatibility and some other goodies, so it’s not all bad. On the other hand, a lot of the functions go through a multimedia screen with lackluster graphics, and whose touch commands are so wonky you almost have to come to a full stop to make the selection you want.

Aggravating, to be sure!

In terms of cargo space, the CR-V rates enviably, meaning it’s first in its class. The entrance is low for easier access, and folding the back seats down gives a flat floor and 2,146 litres of cargo capacity. 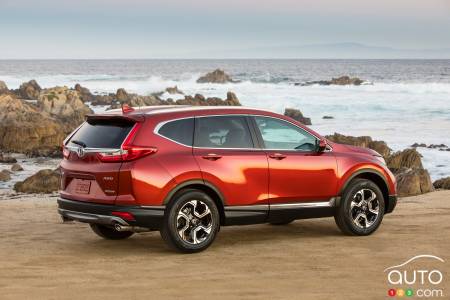 Neutral
This seems like the perfect word to sum up the driving experience you get from the CR-V.

It doesn’t take more than a few kilometers to understand that Honda is aiming at the widest possible swath of consumers. The CR-V is exceptionally comfortable, rides smoothly and presents occupants with a quiet cabin. Most importantly, perhaps, you get a reassuring drive.

If you’re in search of some excitement – any excitement – at the wheel, well you’re searching in the wrong place here. The CR-V is many things, but exciting it is not.

In terms of performance, the CR-V does just fine with its 190 hp available from the 1.5L 4-cylinder under the hood – in good measure because 179 lb-ft of torque are available right from 2,000 RPM. You never feel like power is lacking. As for the CVT, or continuously variable transmission, that accompanies it, it does yeoman work and doesn’t engender too much grousing when you need to accelerate. Frankly, I had no complaints in this department

What’s more, this powertrain gives you the huge benefit of great fuel economy. My week with this car culminated in an average score of 7.4L/100 km.

If this an area in which you have more needs than that capacity allows, Honda will point you in the direction of the Ridgeline, or else the Pilot SUV. You, of course, can look elsewhere in the segment for a model with better towing capabilities.

Conclusion
The CR-V leads the pack in its segment, alongside the Toyota RAV4 and the Nissan Rogue. It’s a very popular category, and there are a number of very solid choices in it. The most important thing you can do is to properly evaluate your needs. For a vehicle with good towing abilities, consider the Mitsubishi Outlander and its 3,500-lb capacity. The Mazda CX-5, meanwhile, is the nimblest performer in the segment along with the Ford Escape, and it definitely delivers a more-engaging driving experience.

I repeat, it’s also about finding the vehicle that best meets your needs. If the CR-V does that, you’ll be making a very smart buy. 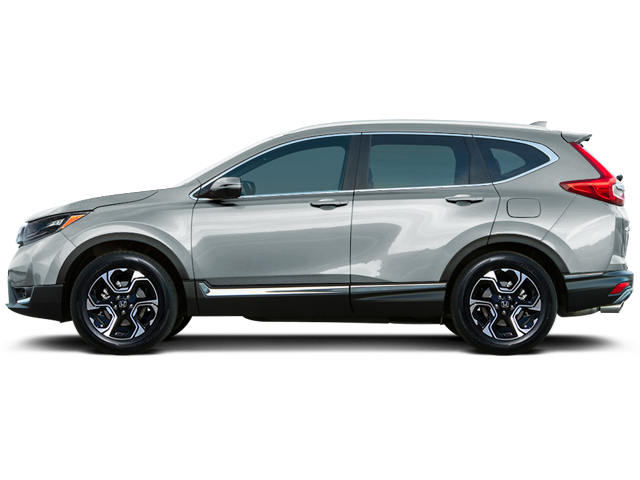 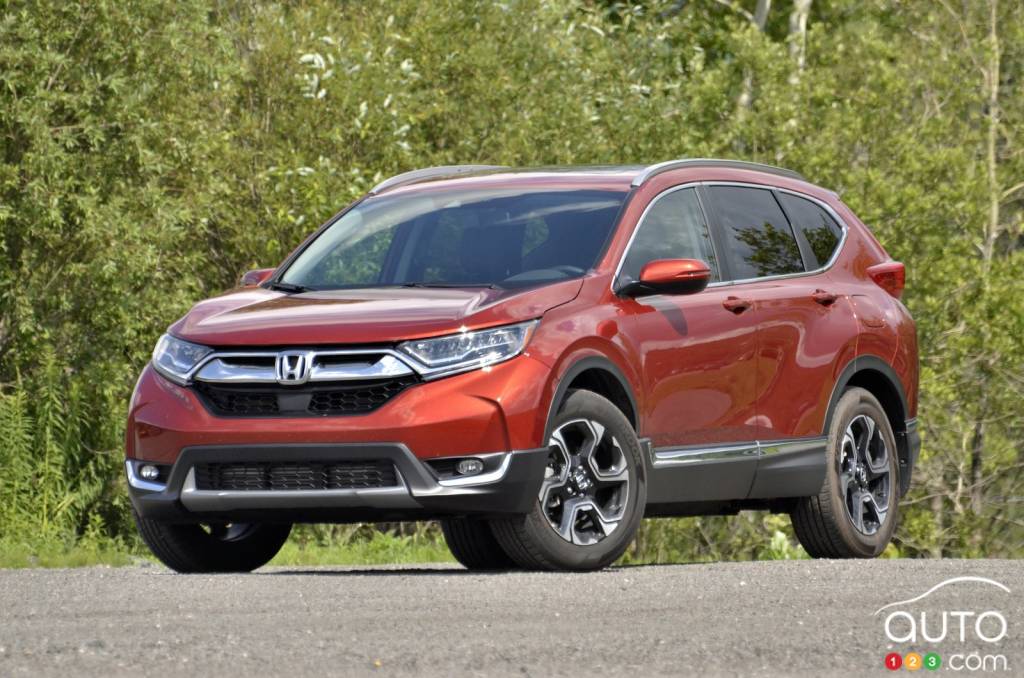 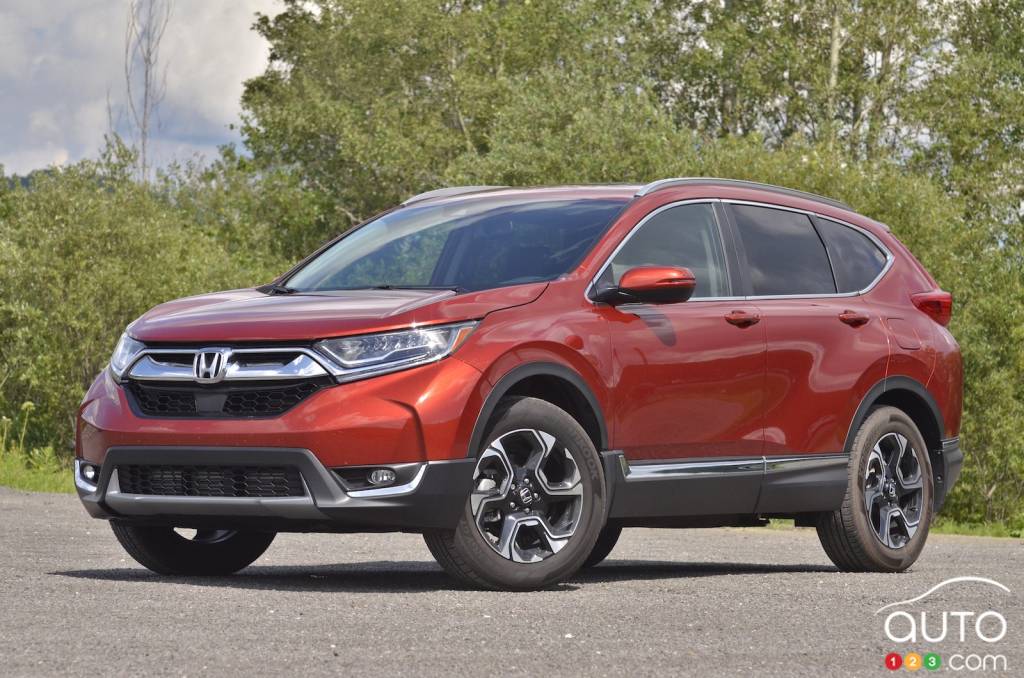 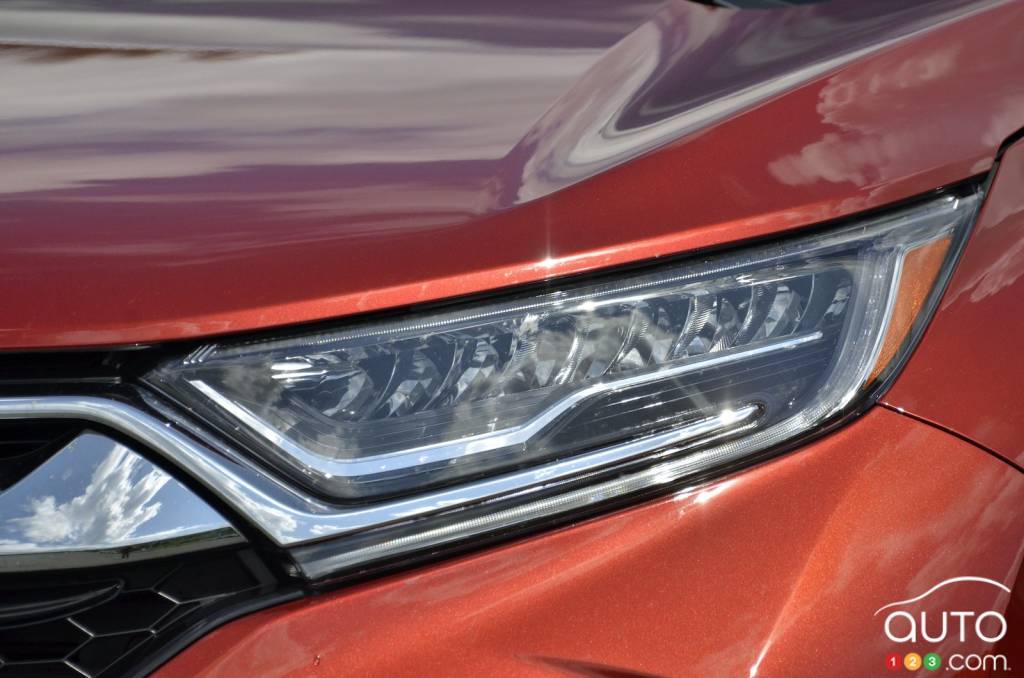 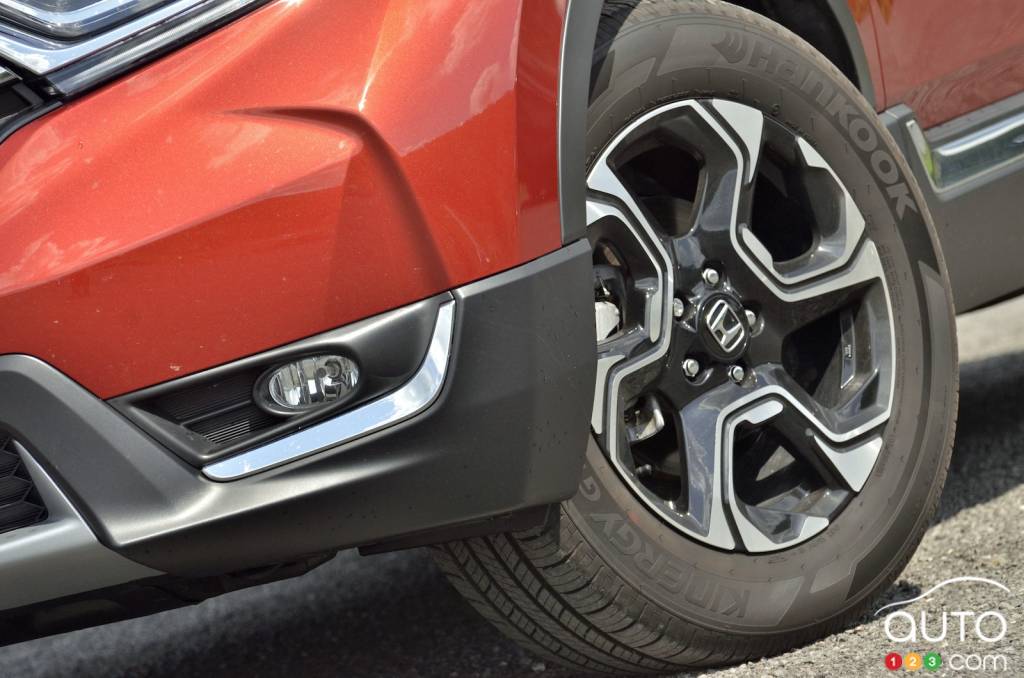