We're now nearly two decades into the revitalized MINI Cooper's reign of whimsy on the subcompact market, and the tide of goodwill that its retro-cute aesthetic has generated shows little sign of ebbing.

The 2018 edition of the Cooper '3-door,' as the entry-level hatch has been labelled, continues to tread the same path first cleared all the way back in 2000 when BMW bought the brand and unleashed it as a semi-premium badge in a segment that had previously been viewed as the automotive equivalent of a consolation prize. Mature, but still fun, peppy, but still efficient, the Cooper has a lot to offer shoppers who don't mind spending more than their neighbours did for a small car.

Long before there was an entire family of MINIs to choose from, the Cooper hatchback was the standard-bearer for the badge - and the current model continues to be a compelling starting point for buyers who are curious as to what MINI is all about. Designed to catch the eye of style-conscious city-dwellers, in its most affordable configuration the Cooper features a compelling design, an easy-to-park form factor, and just enough under the hood to keep the daily commute interesting.

Much of the car's appeal has to do with its small size, and while the Cooper has grown somewhat over the years, it's still a pint-sized plaything that restricts its appeal largely to those not forced to spend time in its cramped rear seat. For singles and couples, this MINI is perfectly useful - I was able to fit hardcase luggage in the (admittedly minuscule) trunk, and if you fold down the back row you can tap into four times the cargo room – and still remain quite comfortable in the two forward positions. Sightlines also remain good thanks to both the generous amount of glass baked in to the Cooper's greenhouse and the relatively high seating position that can be had in the car.

The 2018 MINI Cooper 3-door's modest dimensions and low curb weight means that its 1.5L, 3-cylinder turbocharged engine never feels particularly overtaxed. This is especially true when outfitted with the standard 6-speed manual transmission (a 6-speed automatic is available as an option).

Rated at 134 horsepower and 162 lb-ft of torque, the MINI’s motor proved sufficient in nearly every driving scenario, with a few noticeable quirks. The first was just how rarely I felt the need to shift out of second gear around town. With the motor relatively slow to rev, and plenty of torque available at low engine speeds, I was able to ignore the top of the gearbox quite effectively - until I got onto the highway, that is, when it became clear that downshifting to pass was going to be a regular habit if I wanted to move through traffic quickly.

A bonus to choosing manually-shifted, three-cylinder motivation happens to be respectable fuel economy. Drive with a light foot and you'll see close to 6.2L/100 km on the highway, and 8.5L/100 km in city driving - numbers that are slightly better than the automatic.

Not Fast, But Still Fun

Still, don't go searching for thrills from behind the wheel of the 2018 Mini Cooper 3-door. While the vehicle's suspension has been tuned to balance responsive handling and a comfortable ride, you’d have to step up to the Cooper S to sample the kind of horsepower required to start challenging drivers in the lane beside you at the stop light. Instead, revel in the wheels-at-four-corners platform and the joys of maintaining momentum in a lightweight car on a twisty road to fully understand the pleasures inherent in base Cooper ownership.

Or, you could simply go whole-hog on customizing the car to reflect your personality, something MINI's extensive 'MINI Yours' accessories catalogue makes possible in a way few other subcompacts can claim. Not interested in Union Jack roof stickers or illuminated interior trim?? Then you can upgrade the base car's 6.5-inch infotainment screen to a larger 8.8-inch model (not a bad idea), pop for a folding head-up display (not quite as appealing), or add automatic climate control (now you're talking) as options. My tester kept things simple, with very few extras added to the base $22,190 MSRP, but aside from the occasional Bluetooth streaming glitch, I didn't feel like I was missing anything important from the features list.

Of course, a $22k starting price isn't exactly cheap when considering the array of inexpensive subcompact hatchbacks the Mini Cooper is up against. The equally-stylish, but not quite as reliable Fiat 500 can be had for a whopping $7k discount over the Cooper, while more staid but still excellent options like the Hyundai Accent and Kia Rio put even less hurt on your pocket book.

Still, the 2018 Mini Cooper adds a layer of refinement, and a stronger standard features list, than most of the small car competition. Whether you're willing to pay the premium to 'go premium' is up to you: it's a niche, to be sure, but it's been a popular and profitable one for the automaker that taps in to those looking for a small car that fits a lifestyle, rather than a budget. 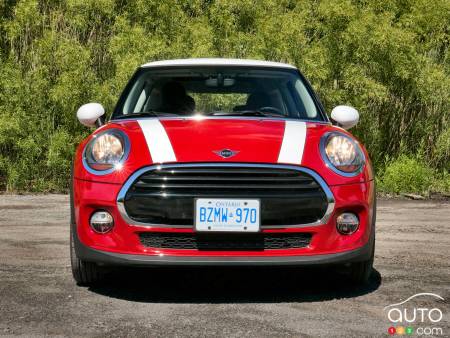 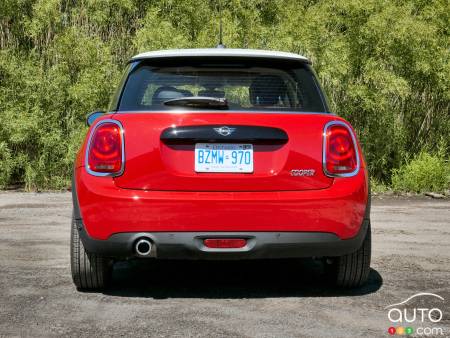 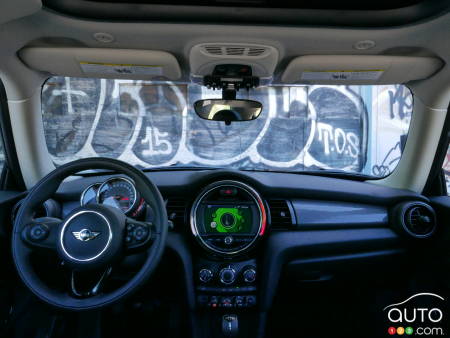 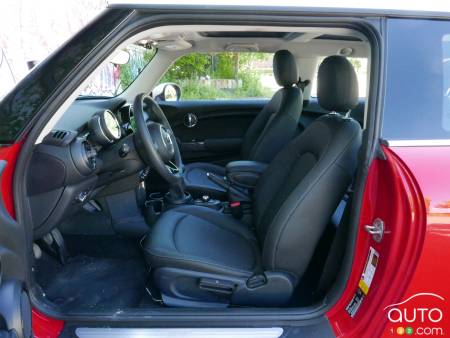 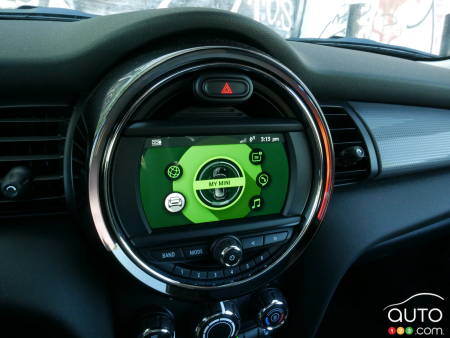 We were offered a chance to drive a real MINI and they didn’t have to ask twice. The MINI is more than just Mr. Bean's car or an obscure British car - it's a...