San Diego, CA - Those of us who now own 50 shades of grey hair (or none at all) already know the Chevrolet Blazer, which made its first appearance in its K5 version in 1969. It was at the time a completely different animal than the one we’re meeting today.

The ‘original’ Blazer survived until 1994, when it was replaced by the Tahoe (for the 1995 year), though the name Blazer actually survived in the Trailblazer until 2005. Now, to celebrate the 50th anniversary of the nameplate, Chevrolet resurrects the Blazer for 2019.

Different times, different models
Naturally the 2019 version of the Blazer has nothing to do with the 1970s model, which was built on a truck chassis with rigid axles in the front and rear and ran on a V8 that pumped gasoline at an impressive rate.

The new Blazer is built on a monocoque platform, identical to that of the GMC Acadia and the Cadillac XT5. Chevrolet, it should be mentioned, already has five crossover vehicles and SUVs ranging from the small Trax to the Traverse and Tahoe to the Equinox to the massive Suburban. In terms of format, the Blazer slips between the Equinox and the Traverse. It's actually part of a fairly small vehicle niche segment a 5-seater that sits between the compact and midsize formats and targets models like the Edge from Ford and the Murano from Nissan. 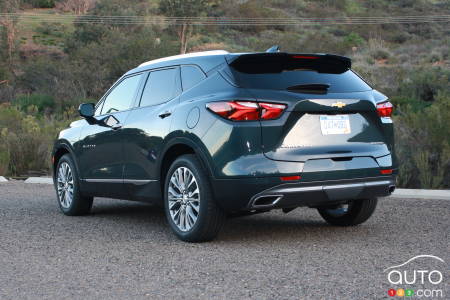 Aesthetically, the new Blazer is a pretty impressive package. The front is capped with a grille that looks to have been inspired by the Camaro, with the wheels pushed to the outside corners, there’s virtually no overhang and each body panel is equipped with an interesting sculptural element.

Chevrolet points out that the Blazer is wide like a Traverse and long like an Equinox, which gives it a lot of visual presence. Among the versions available, the RS model is the most daring and the one that offers the sportiest look with its unique grille and two-tone colours. You also have a basic version with or without AWD, and the True North and Premier editions, both of which come by default with AWD, like the RS.

Technology first
One of the security features included in the Blazer is an electronically locked glove box activated by the valet mode of the car. Chevrolet says it's a first for the brand, and it offers enough space to store a small purse.

Available options include a heated steering wheel and heated/ventilated front seats that operate automatically according to weather conditions, power windows that can be opened with the fob to let cabin heat escape, and heated rear seats. 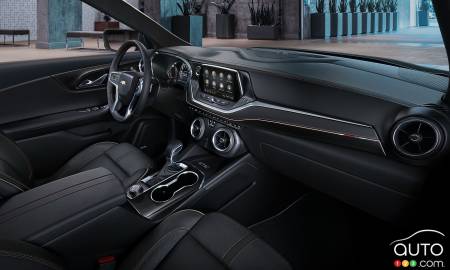 In terms of connectivity, the 8-inch colour touchscreen is standard equipment, as is the 4G LTE Wi-Fi technology (with a one-month free trial or 3GB of data) and compatible with Apple CarPlay and Android Auto.

The RS and Premier models can be equipped with adaptive cruise control and a rear view mirror with camera, while a hands-free power liftgate is standard on the RS and Premier models. Induction charging is also available. Optional packages include a trailer hitch guide system that uses the rear view camera to indicate to the driver the alignment of the hitch and trailer. This guarantees a maximum towing capacity of 2,041 kg with the V6 engine.

In the sportier RS version, the interior has touches of colour in the trim and along the dashboard - a feature that is both different and stylish. The less-flashy Premier is more like the Equinox inside. 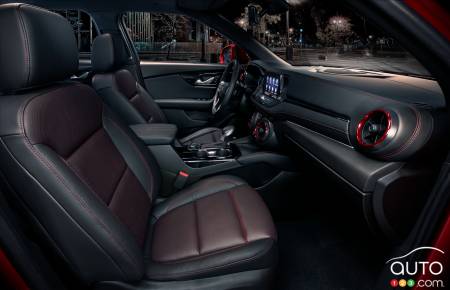 Two engine choices
The base engine for the new Blazer is the 193-hp 2.5L inline 4-cylinder. A more appealing choice is the 3.6L, 305-hp V6, just as familiar to consumers but more powerful and better suited to the vehicle. Both engines are direct injection and both use a 9-speed automatic transmission, but only the V-6 models can be equipped with an AWD system.

At our test event in the San Diego area, only the Premier and RS V6 models were offered to journalists, meaning we didn’t have the opportunity to try out the 4-cylinder engine.

Chevrolet has not yet set fuel-consumption figures, but as these engines are found in other models, it's fairly easy to get an idea; expect to get an average of about 11.5/8.5L/100 km (city/highway) with the 4-cylinder engine and front-wheel drive, and 13.0/9.0 with full-size V6. Base models ride on 18-inch tires and the Premier and RS models can get optional 21-inch wheels. 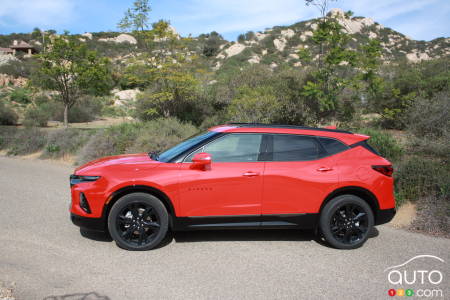 The RS, a compelling choice
Our favourite drive of the day was without a doubt when we got behind the wheel of the RS model, which will retail for a little over $50,000 (the base model in comparison goes for around $35,000. As mentioned we didn’t drive the 4-cylinder on this day, but in my view the V6 fits this model very well. The 305 hp are all in, while the 9-speed transmission distils the available power very well and manages the powerband with precision, always keeping the rev to a precise level to benefit from the power needed at the right moment.

The RS and Premier models feature more-advanced dual-clutch transmission technology that helps maximize traction in all conditions. While the basic AWD goes from front to rear, our RS model also went from left to right with the Torque vectoring sending power and grip to the wheel that needs it the most, resulting in surprising poise and bite on the road.

The driver can adapt their driving to the changing road conditions via a dial that takes them through several driving modes. On all-wheel-drive models, the system can be completely disconnected from the rear axle, meaning that the driver can stick with front-wheel drive when the AWD is not needed.

The cabin is quiet, the steering precise and the space inside generous. This Blazer RS edition transforms the model into a more animated version of itself, one noticeably more enjoyable to drive. 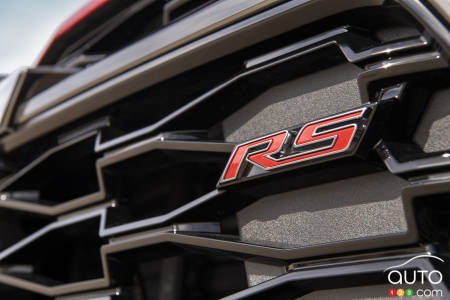 Conclusion
As we mentioned, Chevrolet has utility models coming out of its ears. But if at first glance the Blazer seems a bit like the answer to a question no one asked, Chevy has proven, at least with the RS version, that an SUV can be as inspiring to drive as a sport sedan. A rather rare thing, especially in the domain of American utility models. 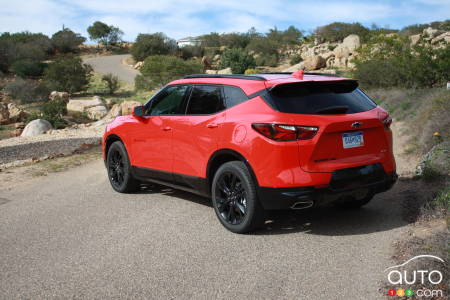 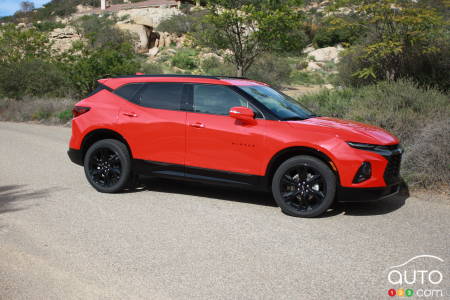 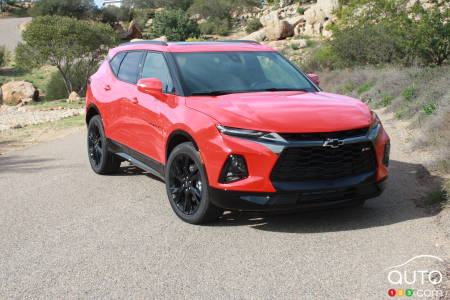 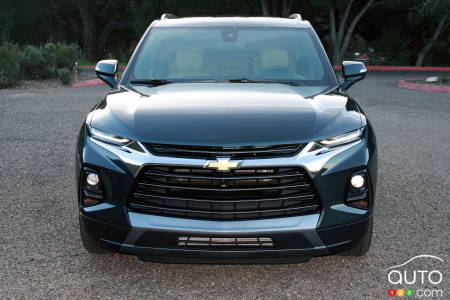 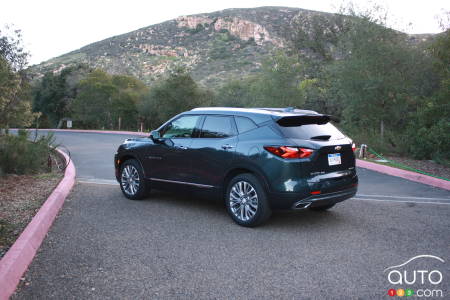 We now know the different versions of the 2019 Chevrolet Blazer that will be offered to Canadian consumers. Starting price for the midsize two-row SUV is set...