For a massive company like GM, the quest for success does not rest on the shoulders of any single model. That said, there’s one model without which the company’s fortunes would undoubtedly suffer.

For GM, and especially for Chevrolet, the Silverado is a franchise player. Chevy without the Silverado is like the Montreal Canadiens without a number-one centre. And we all know how that’s been working out.

A big deal
Everything to do with this model is thus a big deal, and the model’s revamp for 2019 is a perfect example. We’ve just participated in the Canadian presentation of the 2019 Silverado in the wonderful Northwest Territories (yes, that’s right – all the way up there!); the event closes the book on a year of events surrounding the arrival of this new generation. It all kicked off back in December 2017 in Texas, as part of celebrations to mark the 100th anniversary of Chevrolet trucks. The 2019 Silverado was delivered for our viewing pleasure whilst hanging from a helicopter. We kid you not.

This was followed up by a presentation at the Detroit auto show, and then the official U.S. launch in Wyoming last month - here's our on-site review from that event.

And now, this special event in the Northwest Territories, reserved for Canadian media, which took us on a road inaugurated on November 14, 2017 that runs between the towns of Inuvik and Tuktoyaktuk.

Check it out on a map, it’s quite an impressive route. 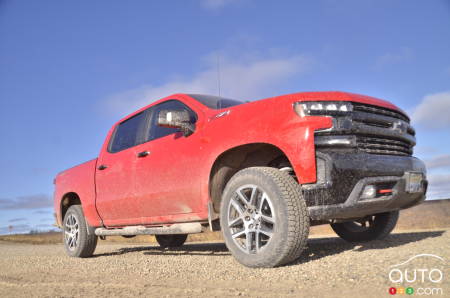 This just brings home how crucial the model is for the brand; this kind of effort would not be expended on a new edition of the Spark, let’s be honest. By the way, check out our new ranking of the Top 10 Pickups in Canada to see where it ranks.

More, more, more…
We could spend all day describing the new Silverado for you, and we still wouldn’t get to everything. And that’s with only partial information on the model at our disposal! Prices for the different trims, for example, will only be announced at the beginning of October. As for the mechanics of the thing, for now we only drove two configurations, which are the 5.3L V8 and the 6.2L V8.

The new 2.7L 4-cylinder turbo will only make its appearance at the end of the year. As for the diesel version, it will have to wait until 2019.

For sure, you’ll be hearing lots more about the new Silverado’s different facets. Today, we give you an overview of our first impressions of the pickup, beginning with our driving experience. Considering our itinerary, that was tested in a variety of conditions.

It's raining rocks
The route between Inuvik and Tuktoyaktuk, which we covering in both directions, is gravel-surfaced. That meant we were trekking 300 km on a road that was sometimes very smooth, but more often very rough. A perfect environment for us to confirm how solid the Silverado is.

Let’s be honest, we did get shaken, rattled and rolled at times, and the rear end had a habit of getting errant (to be expected with an empty bed). Still, despite the slips and slides at speeds that varied between 80 km/h and 100 km/h, we never felt like a loss of control was at hand, or even possible. The four-wheel-drive and stability-control systems were both impressively effective.

The biggest risk, in fact, was getting pelted with rocks on the windshield if we followed too closely behind the truck in front of us. 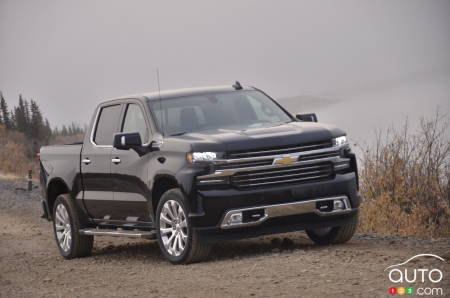 Comfort and sound insulation
A few weeks back, I made a point of driving the Silverado’s current generation model in order to be able to evaluate the progress made with the new edition. I can say that what struck me most about the latter is its overall stiffness. The Silverado is more planted more firmly on the ground, and the feedback it gives is better than before. A good part of that is due to the more communicative steering.

When it comes to sound insulation, the setting was great for determining that significant progress has been made. As for overall comfort, it is excellent - though in that respect so had the previous generation.

Space for passengers in the second row? In the new Silverado you can stick a 6ft-3in adult back there and you shouldn’t hear a peep of complaint.

If there’s one element that left us disappointed, it’s in the presentation aspect. The interior is functional and the ergonomics are faultless, but visually it’s just pretty ordinary. Ironically, Ford and RAM have the same approach, but in their cases the overall impression left is more positive. The new Silverado’s instrument cluster, for example, looks outdated.

A question of capabilities
The war being waged between the Big Three American manufacturers in this segment is being fought on the image front, certainly, but even more on the capabilities front. After all, the buyer of a pickup wants above all else a vehicle that will allow them to carry out daily jobs efficiently, and at the lowest possible cost of use.

In this last regard, Chevrolet’s track record is exceptional. 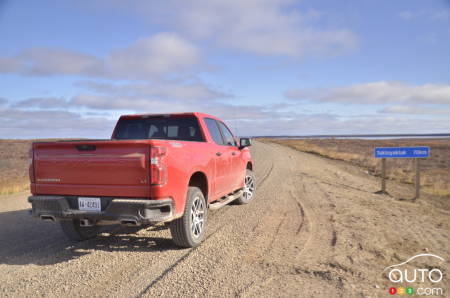 And with this new generation, the company further piles on in terms of the truck’s abilities. And it goes beyond an analysis of figures related to loading and charging capacities or such and such a version. We know that pickups today are all able to tow big loads. But what about the functionality of the truck in performing different tasks?

Case in point: all versions of the Silverado have an application that allows to consult, on the vehicle’s multimedia screen, a checklist of things to before heading off, for example checking the status of the turn signals or the security of the load. It’s even possible to create a profile for your trailer so that you can track how may kilometres you’ve driven with it, how often it should be maintenance, etc. Everything can be personalized, and it all adds up to a system that’s as impressive as it is useful.

The application can even tell you if someone’s trying to make off with your trailer. With this problem currently on the rise, you can bet this will be a very popular feature.

Giving them what they want
This reflects Chevrolet is clearly taking with its product, which should serve its owner according to their needs. It’s worth noting that in creating the new-generation Silverado, consumers were consulted to a much greater extent to establish their preferences.

As much as it could, GM listened to what they had to say. And this is perhaps what’s most compelling about the 2019 Silverado: it harbours features and function that those who use this type of vehicle on a daily basis have confirmed they really want.

Add to that different configurations of variants, cabins and beds, several drive modes, a nearly endless list of options for the backup cameras and a host of safety features, and you wind up with the best pickup Chevrolet has ever put together. 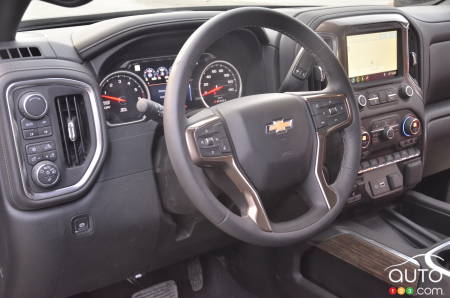 The styling
As for its controversial new styling, which still makes me grimace, notably because of the front extremities saddled with unattractive openings, try to keep in mind that the 2019 Silverado was designed with function more than form in mind. It’s a question of aerodynamics. We’ll have more to say on this point.

In fact, stay tuned to Auto123.com in the coming weeks; as we mentioned, there’s still much to be said about the different aspects of the next-gen Silverado, and by extension those of its rivals.

The segment is of such importance on the market that it deserves the close attention.

Conclusion
Whether you refer to it as the 4th-generation Silverado or the gazillionth edition of the model since it debuted back in 1918, it’s clear that this truck is the product of truly impressive expertise in the matter.

That’s also true of Ford and RAM, by the way. And this is what makes the competition between the Big Three so compelling.

One thing is certain: with the new Silverado, Chevrolet has armed itself to hold on to its territory in the segment, and maybe even grab some from Ford.

For the rest of us, that’s a very good thing. 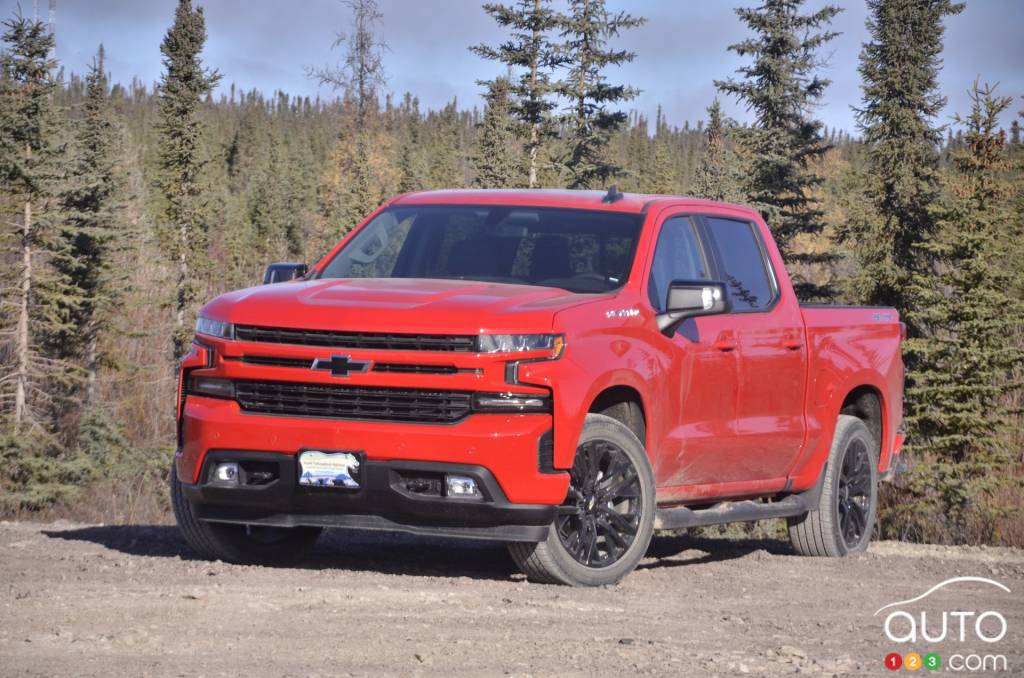 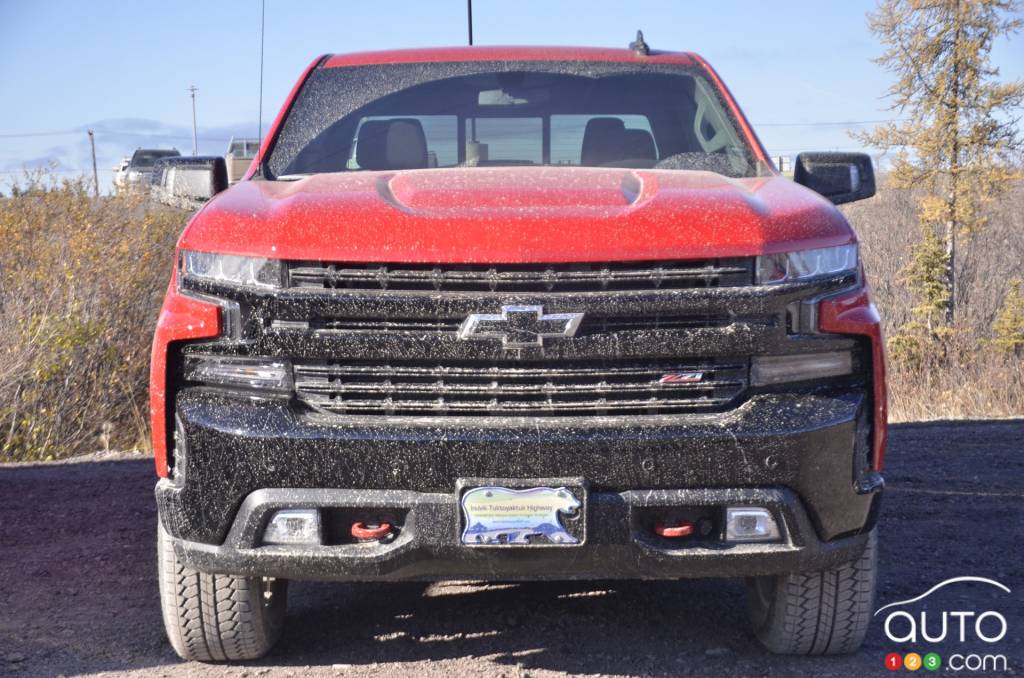 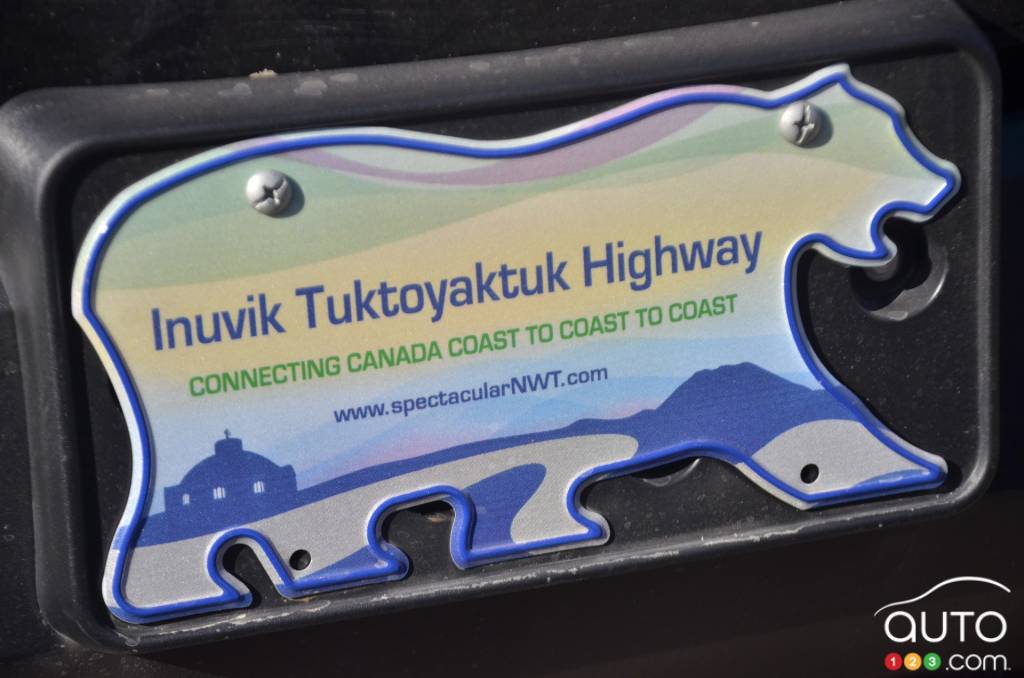 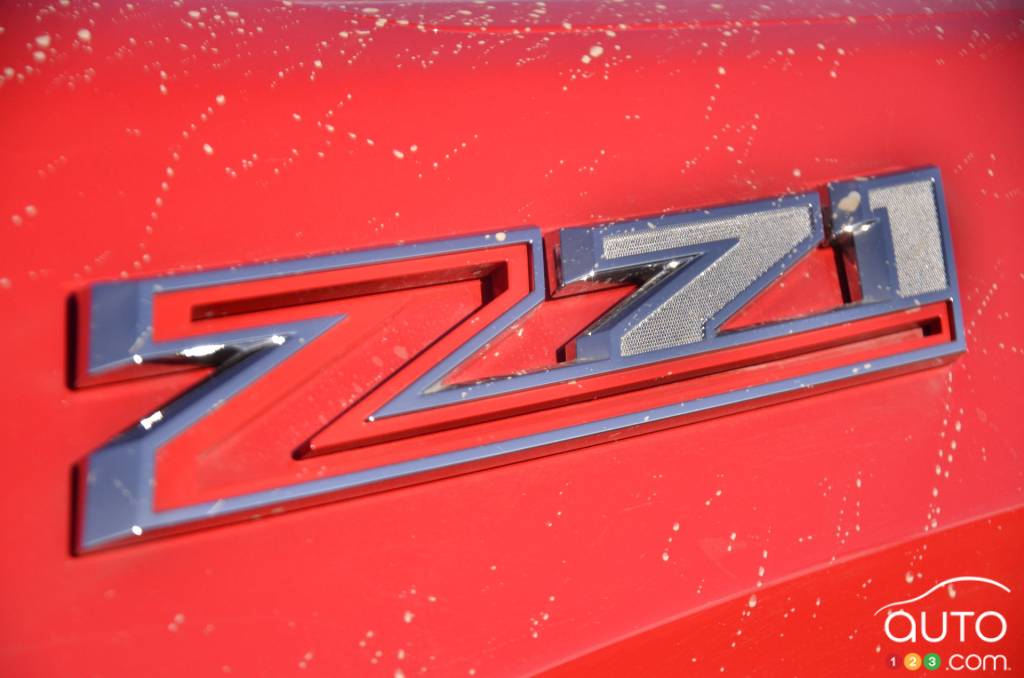 Photos:D.Rufiange
Photos of the 2019 Chevrolet Silverado
See the complete Gallery

Chevrolet has given us a next-generation Silverado truck that equals its rivals for comfort, but without losing sight of its main purpose, to be a work tool....