Park City, UT -- For 2019, the Ford Edge Sport is no more; it’s lost the middle three letters of its name and is now just called “ST”, recalling recent Fast Fords such as the Focus ST and Fiesta ST hatches. It’s fitting, then, that we were dispatched to one of the homes of the 2002 Winter Olympic Games to see what this most athletic of Edges is all about.

Indeed, now that Ford has cut most of the cars out of its portfolio, its small- and mid-sized crossovers are going to have to adapt a little to keep those that have always driven Ford’s sedans and hatches interested. Which is where the ST ($49,099) comes in.

Our review of the 2019 Ford Edge Titanium

More than a new name
Much more is at play here than a simple change in nomenclature designed to cash in on the success of previous ST models (although I’m sure there’s a little of that, too). The Edge ST gets added power, new chassis upgrades and the requisite style changes, too. It’s a pretty big departure from the former Edge Sport, which really was little more than a styling upgrade even though it was the first Edge model to get the 2.7L EcoBoost twin-turbo V6. That powerplant has made its way under the hood of the ST, too; it’s the only way you can have it, along with a new 8-speed transmission with paddle shifters.

It’s good for 335 hp and a generous 380 lb-ft of torque (up from 315 and 350, respectively, in the Sport), the latter not only making for some speedy progress, but also helping make the most of a 1,588 kg tow rating; while a tow package is optional on other Edge trims, it’s standard on the ST. A look inside the engine bay reveals this particular Edge’s true intentions, with “Ford Performance” emblazoned proudly across the valve cover. Tasty. 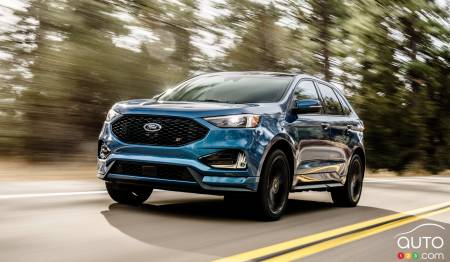 Other differentiators from the standard SE, SEL and Titanium models (those three trims return from last year) include a special Performance Blue colour, blacked-out grille with larger openings for improved airflow, as well as black trim pieces around the lower grille openings and on the door pillars.

There are also our tester’s optional blacked-out 21-inch wheels ($950) to match; two-tone silver and black 20s are standard. Canadian models get larger, vented rotors both front and back.

Inside, a monochromatic black with contrasting white stitching colourway is your only choice, brightened up by “ST” at the base of the steering wheel and on the kickplates. It’s actually a very handsome affair, though the image is tarnished, somewhat, by the heavy use of plastic ‘round the centre stack’s climate and infotainment controls. I’d be a little worried about scratching there. The final interior touches are the more deeply-bolstered seats, though not so much so that they cause discomfort for wider hips like mine.

You’ll want the extra support, though. Surprisingly, the Edge ST is actually a crossover that asks you to give it a little more welly through the bends; the chassis and steering has been given all sorts of little tweaks to make it a little more adept and tackling the twisties.

For starters, the dampers have increased in stiffness: 10% at the front, 15% at the rear, and there are larger anti-roll bars both front and back. In addition to a quicker steering rack that’s been given a little more weight, the ST has turned the Edge into quite the able handler. Turn-in is properly responsive, and since the suspension has been given all those tweaks, the body roll has been reduced, too.

Now, when you’re at the wheel, you can anchor yourself a little to help keep your butt from sliding to and fro. That’s a little tougher to do in the passenger seat; to test how much body movement passengers might feel, I actually asked my drive partner to turn a little late into a few curves, to see what would happen with sudden weight transfer. Happily, I didn’t find myself frantically reaching for the door holds as the body stayed pleasantly neutral. That’s not an easy feat with a tall-riding crossover, and Ford has turned quite the trick with the ST.

Heck, they were so confident in the Edge’s move to ST form that they actually let us loose on a small autocross track, where I had way more fun than I thought I would. The Edge actually rewards good, confident steering inputs, just like any good performance – or even quasi-performance – vehicle should.

It should be noted, however, that the American spec car we were driving gets standard Pirelli performance summer rubber; we’ll be getting a less aggressive all-season tire in Canada. Ford was concerned that our winters would turn people away from a summer tire-equipped Edge, and they weren’t planning on offering a winter tire package as they did with the Edge’s Focus RS sibling. Canadian versions may not have quite the same grip, but since the suspension tuning remains the same, that great body control should make its way north of the border.

The powertrain is a slightly different story, however.

It’s great that they’re now offering an 8-speed, as the old Edge’s 6-speed was getting a little long in the tooth. OK, quite long in the tooth. It’s also great that the ST comes standard with paddles because I found myself making use of them quite a lot during the drive. The reason I did so, however, isn’t entirely because of how “sporty” they make the Edge feel. That’s part of it, to be sure, but it was more about asking the transmission to react a little quicker than it was willing to in auto mode.

Even in Sport mode, which quickens shift times and throttle response, the transmission is not the quickest I’ve tested at this level. VW’s DSG is quicker, and I won’t go too far into the luxury brands because that’s not really what the Edge is up against, even in its top-spec, MSRP-just-below-50-grand ST form.

Unlike with those performance luxury models, I’d say a quick-shifting transmission probably isn’t #1 on most Edge buyers’ lists. Still, that doesn’t change the fact that for me, that transmission just seemed to disguise – in a bad way – how much power was on offer, especially when starting from a stop or slower speeds, such as when exiting some tough uphill hairpins as we did.

Once you get going, though, the ST starts to come into its own; bear with the delay you get on tip-in and hold on tight as the power comes in a pretty sudden surge. Once you’re at that point, the ST truly starts to feel like a properly sporting vehicle. Combine that with that fantastic handling package, and you can start to see where this particular Edge gets earns its “ST” designation.

When it comes time to slow things down a little – cruising on the highway or navigating traffic in town, for example – the ST has you covered.

First of all, it’s surprisingly quiet unless you’re really on it; it gets an augmented engine sound over other Edges when you’re giving it the beans. Otherwise, the noise inside does well to follow through on the levels of luxury promised by the ride. Secondly, the ST gets standard fitment of Co-Pilot 360 Protect, a suite of safety features that includes lane keep assist, auto high beams, forward collision warning with pedestrian detection, auto emergency braking, backup camera and blind spot assist. The $850 Co-Pilot360 Plus package adds adaptive cruise with lane-centering, evasive steering that can automatically steer around obstacles, and voice-activated nav. 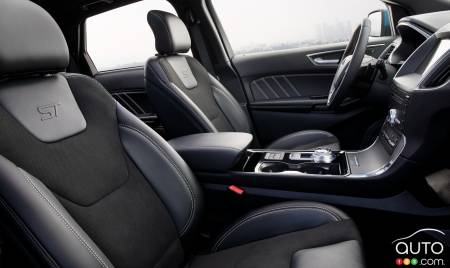 It takes a little while to set it all up; first you activate lane-keep assist by pressing a button on the tip of the indicator stalk, then you activate cruise (the system works at 40 km/h-plus), then activate the auto-steering feature by pressing a wheel-mounted button. If you don’t, you’ll get a warning in the form of a vibrating wheel if you deviate from your lane, but no steering intervention. Once active, cameras watch the lines either side of you and keep you nicely centered; no bouncing back from line to line.

This being a semi-autonomous system, you won’t be able to drive much more than 15 seconds without your hands on the wheel; first, it warns you with a visual warning in the gauge cluster. Then it beeps, eventually auto braking to a full stop, the system assuming the driver has become incapacitated.

Other new tech includes B & O Play audio, as well as standard SYNC3 with Apple CarPlay and Android Auto; those features aren’t quite as newsworthy as the forthcoming addition of Alexa next year, however; when it eventually arrives, you’ll be able to use her to change your climate settings, audio volume or activate your navigation.

All good stuff, there’s no doubt. Wasn’t the highlight for me, though. The Edge ST highlight reel is centered fully around the excellent steering and chassis tuning that has done a remarkable job of taking a fairly pedestrian crossover and turned it into something with a little extra.

The powertrain comes up just short in my eyes, but maybe that’s a case of the chassis being so good that I expected more from the engine and transmission. That’s not entirely fair, of course, so it will be interesting to see if I’m just being too picky. If I am, all the other flare the ST package brings will cause pause among both current Edge owners and newcomers to the brand. 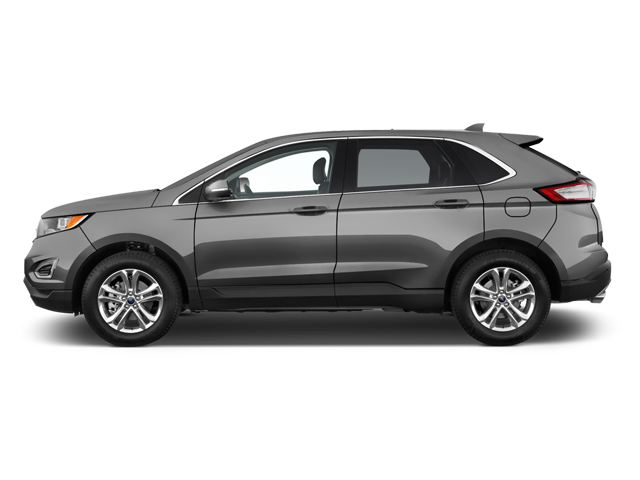 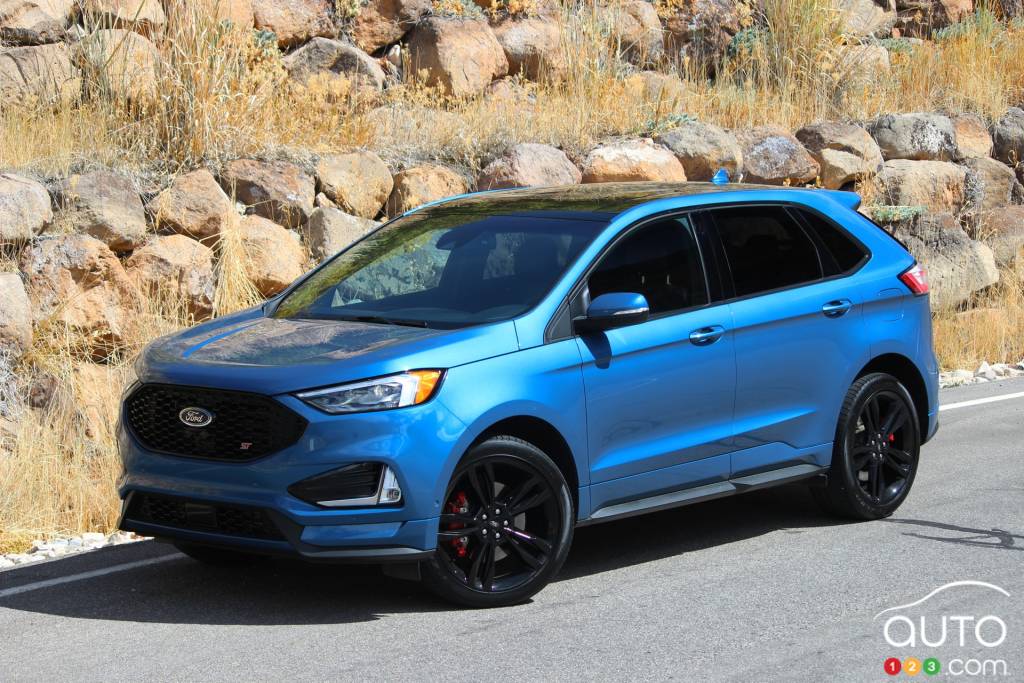 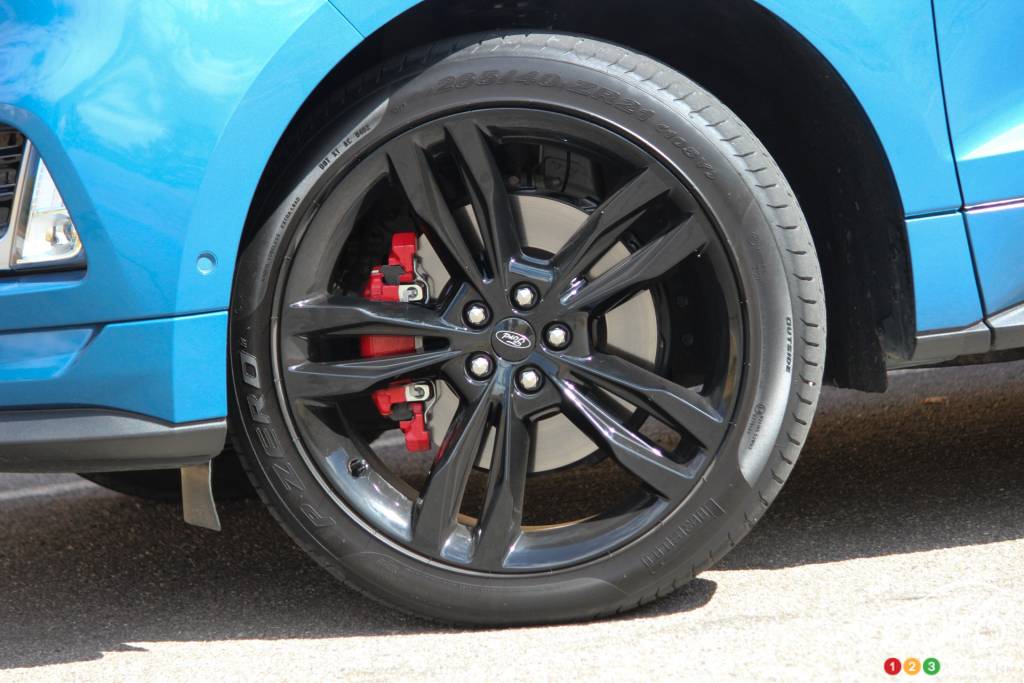 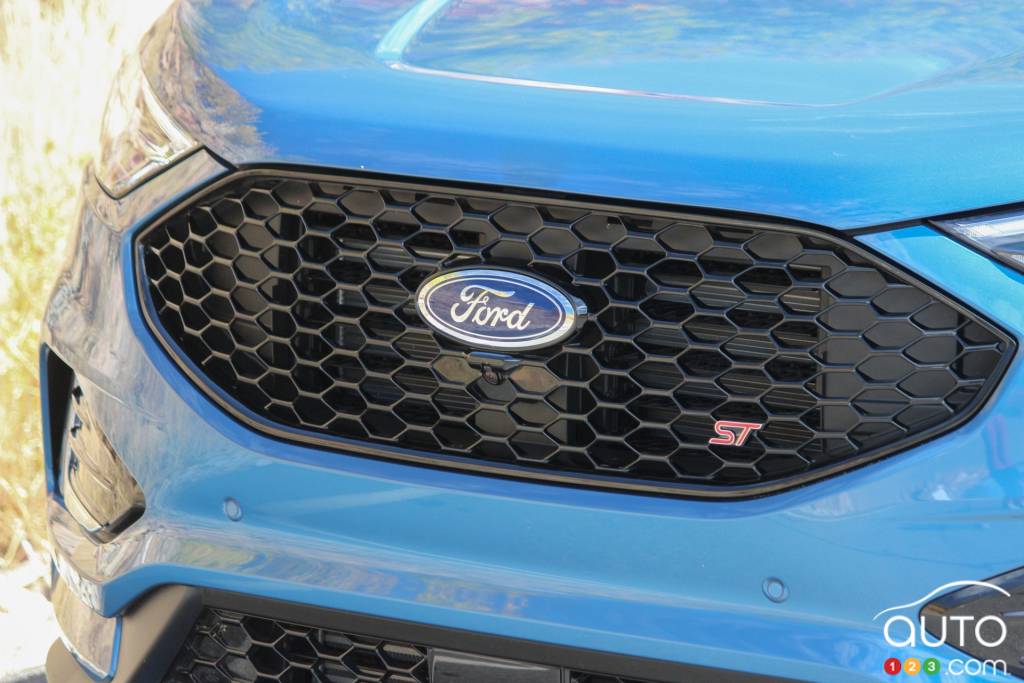 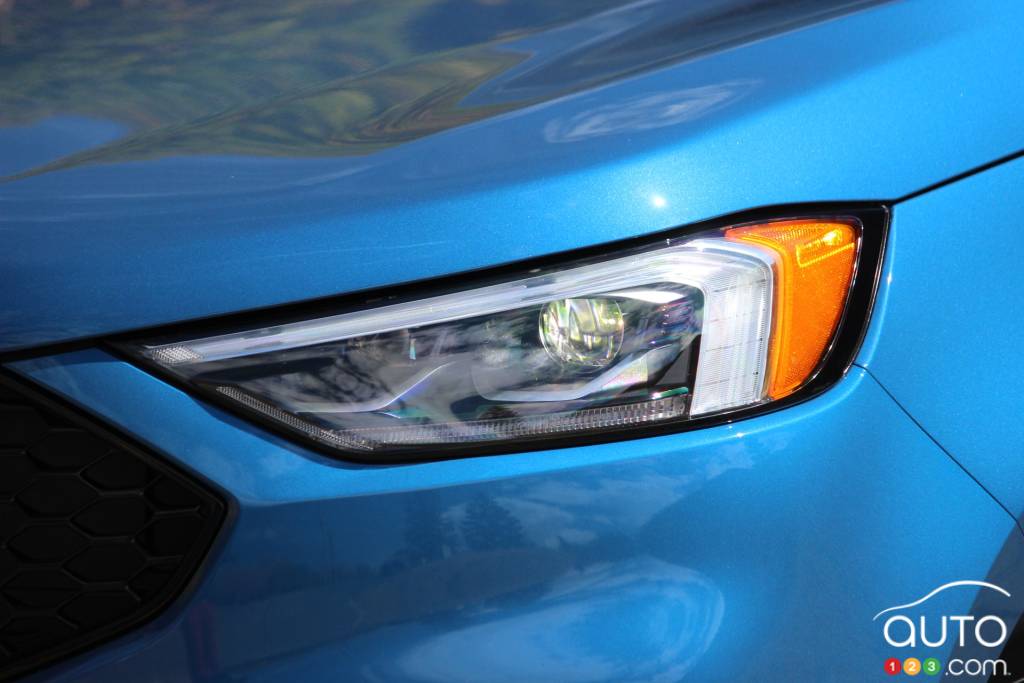 The Ford Edge is getting updated for the 2019 model-year, and grabbing a large part of the attention is the coming debut of the new high-performance Ford Edg...