The world of fun, small hatchbacks is shrinking fast. With Ford poised to sweep the Fiesta and the Focus off of the board, Chevrolet ending production of the Sonic, and Honda resolutely resisting the urge to affix the Si badge to its liftback, anyone who wants to be able to haul stuff and also maybe dodge autocross cones on the weekend is facing a dwindling pool of options.

Into this void steps the 2019 Hyundai Veloster. Available in both vanilla and 'rated-r-for-race' flavours, the Veloster aims to buttress the ranks of commuters that can also communicate well with the driver when a gap in traffic opens up and the right foot feels the need to flatten itself.

Let's get this out of the way: yes, the 2019 edition of the redesigned Veloster keeps its signature three-door setup. I don't mean three doors including the hatch. Rather, there's a single long portal on the driver's side, and then two smaller doors on the passenger side, with the rearmost hinge hidden up in the window pillar to maintain the coupe-like illusion.

It's a unique design choice, to say the least, but it's not just there to raise eyebrows - it actually makes it much easier to slide into the pair of buckets moulded into the back of the Hyundai (as long as you don't mind scooting over the plastic console that separates left from right).

In fact, the Veloster is surprisingly comfortable in the rear quarters, gaining a small boost in headroom for 2019 despite the car's overall height and length hewing close to the previous model. There's plenty of space for cargo, too, and with more than 563 litres of storage available you're looking at a hatchback with greater capability than many pricier - and bigger - sport-utility vehicles.

Speaking of capability, Hyundai has boosted the base model Veloster's drivetrain to better take on its most-affordable rivals. A new 2.0L 4-cylinder engine joins the lineup for 2019, giving the entry level car a 15-horsepower jump (147 ponies in total), and another small increase to 132 lb-ft of torque (with combined fuel efficiency listed in the neighbourhood of 7.8L/100 km).

For my drive of the new Veloster through the rolling hills and ranch lands that surround Austin, Texas, however, I was directed to the hatchback's performance-oriented 1.6L turbocharged four (no base models were available to sample). On paper, the engine is largely identical to the forced induction unit found in the previous generation car, delivering 201 hp and 195 lb-ft of torque, but this time there's an overboost feature on hand to push out 202 lb-ft in short stints. It's also a match for the base motor in terms of combined fuel efficiency.

Although the numbers on the page might appear largely identical when comparing old and new versions of the Hyundai Veloster Turbo, the overall execution of the drivetrain has been thoroughly improved. Gone is the sense of hesitation that used to accompany full-throttle shifts when equipped with the vehicle's 6-speed manual (available on both turbo and non-turbo cars), and in its place is a unity of purpose that makes it actually fun to explore the upper reaches of the Veloster's power band. The shift feel, too, has been smoothed to the point of perfection, and clutch travel and take-up is predictable and easy to modulate.

It's a night-and-day makeover for the Veloster Turbo, and it comes hand-in-hand with a move towards a nimbler multi-link rear suspension and a more refined platform that had me impressed by how quiet and composed it remained even when the Texas asphalt devolved into the two-lane equivalent of a dusty cattle trail. It shouldn't be a surprise, really, as the Veloster cribs much of its platform from the also-good Hyundai Elantra GT, a more upright hatchback that is available in a hotter 'Sport' variant.

The Veloster Turbo is available with a Performance package that introduces ultra-sticky Michelin Pilot Sport 4 tires, and this is the model that will intrigue enthusiasts into coughing up the extra $500 over the Turbo's starting MSRP of $25,899. If you're looking for increased comfort, however, you can slip in to the Turbo Tech for $28,899, which introduces a head-up display, a larger infotainment screen with navigation, and a louder stereo system (plus the ability to add the Performance pack if so desired, but only for manual-equipped cars). A seven-speed dual-clutch automated manual gearbox is also offered with the Turbo Tech (with base model Velosters offering a 6-speed traditional automatic).

Although I've yet to drive it, it's hard to argue against the base Hyundai Veloster's $20,999 window sticker. With heated seats and steering wheel standard, and Apple CarPlay and Android Auto support included free of charge, it's clear that even buyers on a budget will find something to like about this uniquely styled, useful and affordable hatch. Still, for those looking for something extra to get their adrenaline flowing, the 2019 Hyundai Veloster Turbo answers almost every criticism levied against the original car while elevating the fun factor and overall refinement to level that puts it in the same conversation as its remaining hot hatch rivals. 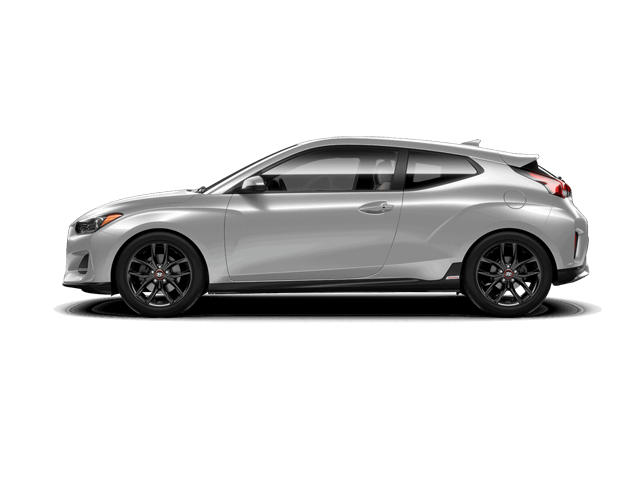 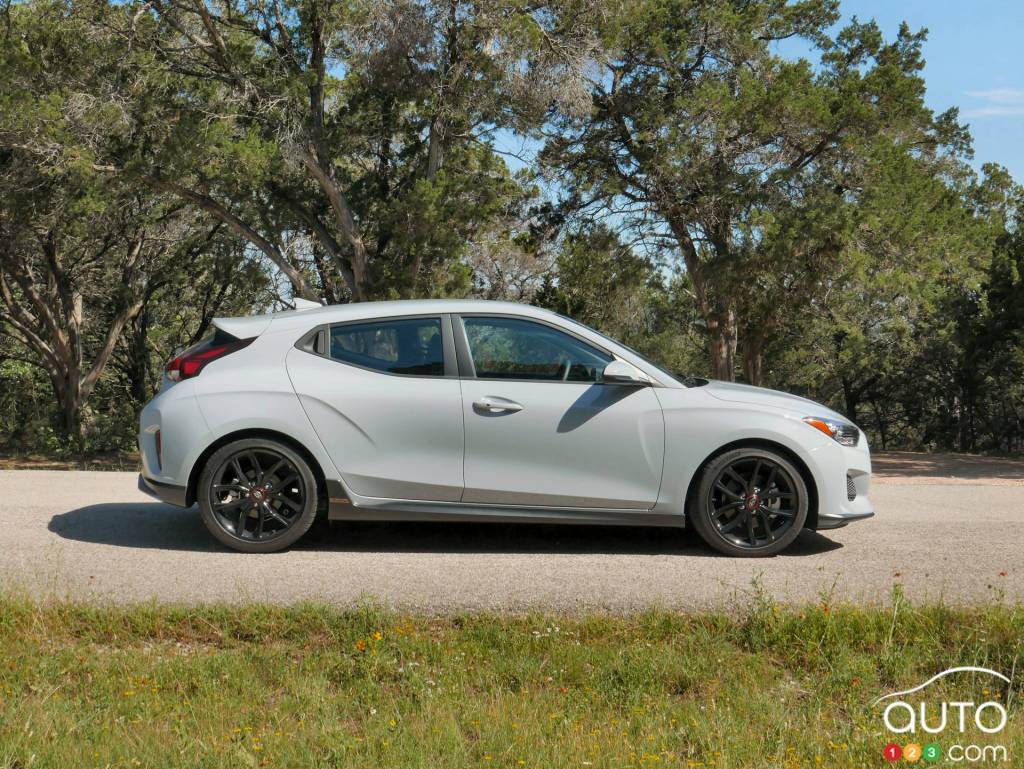 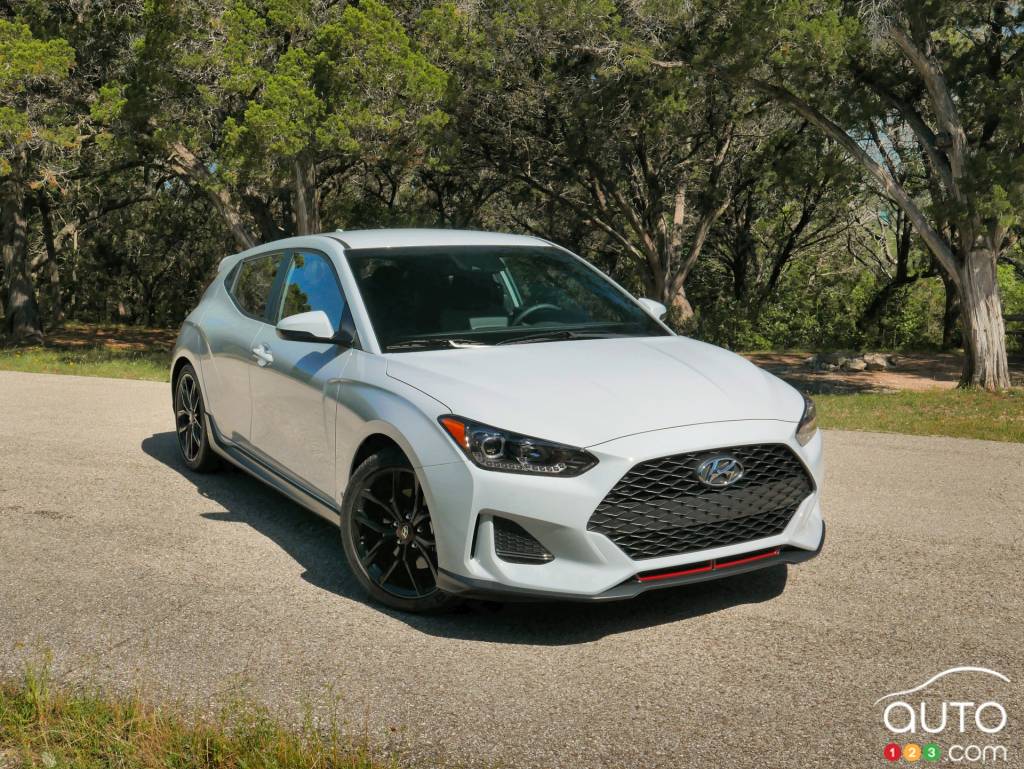 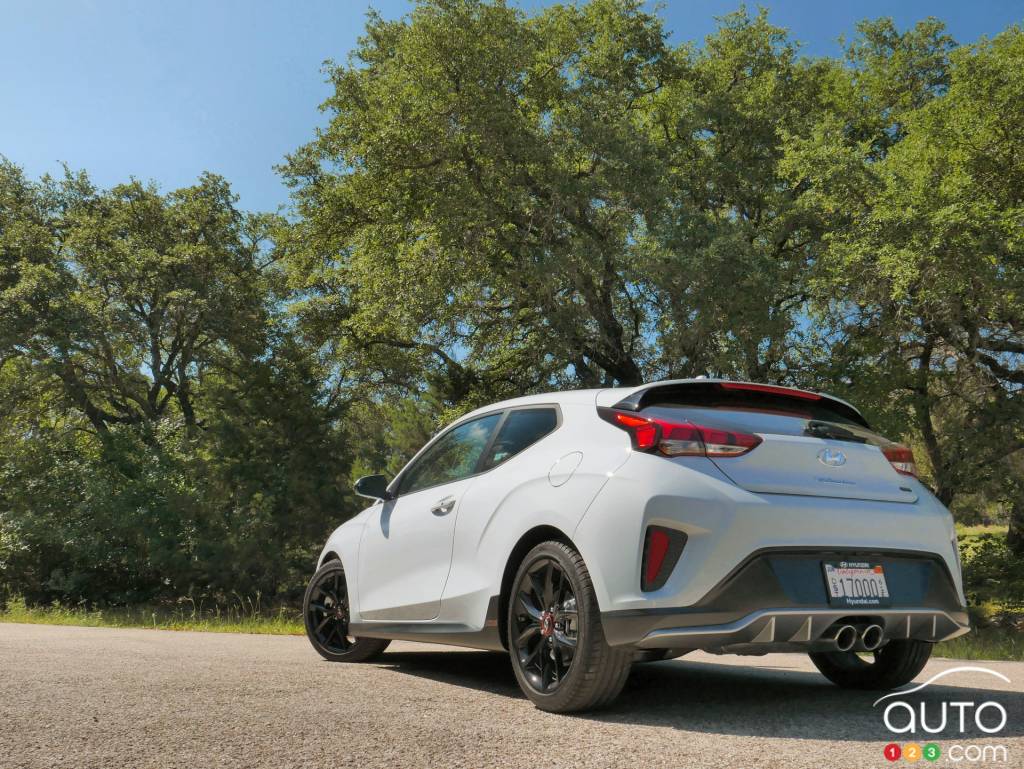 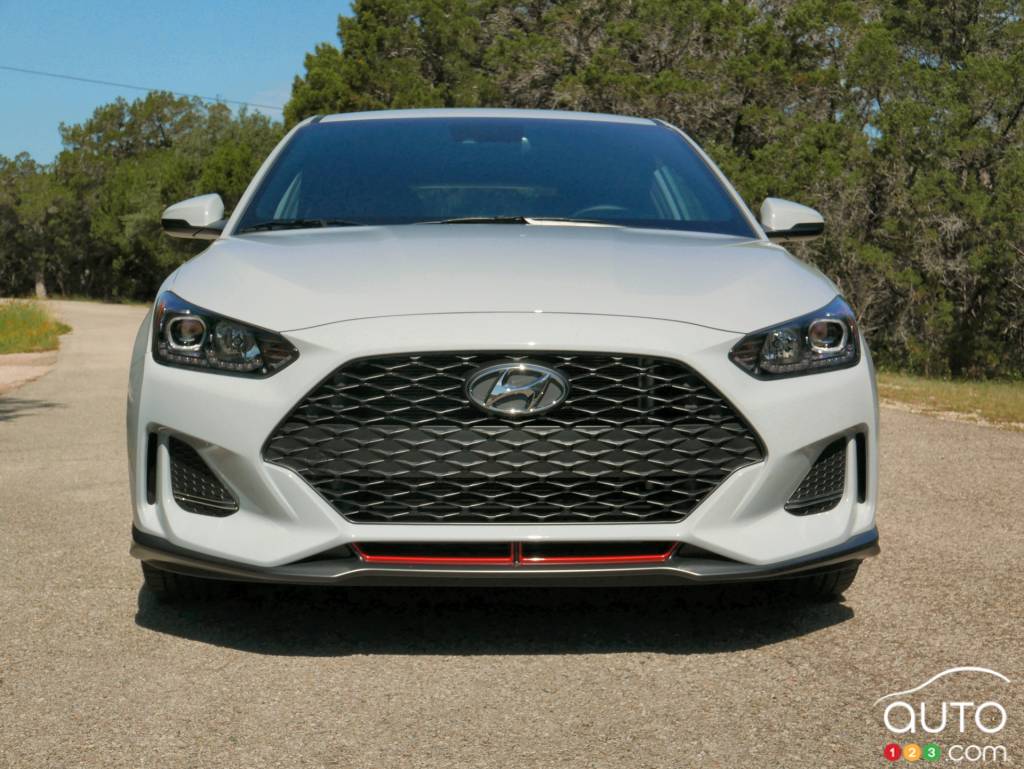 Hyundai’s small sport coupe is back and better than ever, in fact the Veloster is the model inaugurating the automaker’s new N performance division in the Ca...