The Lexus RC 350 is a bit of a curious case. Actually, that’s not entirely true; it would have been a curious case about four years ago, before Lexus started adding big spindle grilles to everything and had customers actually buying models coloured in something other than silver.

I say “curious”, here, because it’s a bit of a tale of two cars, this Lexus coupe. On one hand, you’ve got the big front and rear bumper extensions, chrome mirror caps and blacked-out spindle grille. Add my tester’s Flare Yellow exterior paint (which, as it happens, is also offered on the gorgeous, futuristic LF C Coupe), and you’ve got a head-turner of a two-door that, just a few years ago, Lexus seemed incapable of producing.

Too much?
The question that remains, though, is have they turned the trick and delivered an eye-catching (as opposed to retina-burning) design, or is it too much of a good thing? That depends, I guess, on what you’re looking for from a coupe with an “L” on its spindle grille in terms of styling.

If you’re looking for angles, aggressive vent cuts and aggressive head- and taillight lenses, then the RC could very well be your car. The grille is a major styling piece for sure, but since it’s flanked by such aggressive headlamps it doesn’t dominate the scene as much as it does on the RX SUV, for example. Plus, since it’s a more compact fascia overall, it doesn’t look quite so much like it’s about to open up like a baleen whale and swallow you whole. Unlike other Lexus models, however, the RC350 only comes with the F Sport package, meaning this is the only grille style you get. 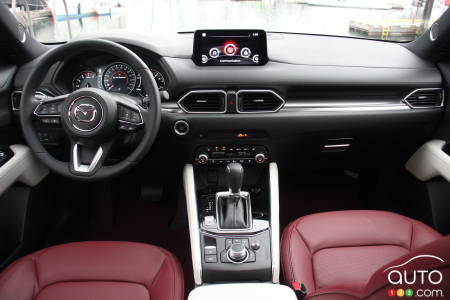 ‘Round back, the scene is slightly more tempered as you don’t have stuff like a bloody great big underbody diffuser flanked by potato cannon-sized exhaust tips. You do get “intakes” either side of the bumper, but they’re not actually “intaking” anything and are there just for show. What type of show, however, I’m a little unsure of. I see no need for these, and would much rather have a clean rear bumper. More troubling still is that they’ve had to make bumper cutouts in order to fit the “intakes”, and what’s left juts out when in side-profile view in an unseemly manner. There’s a pair of these faux intakes on the front bumper as well, but they’re not quite so bothersome there. So, if you’re looking for maximum subtlety from your coupe, you may want to look elsewhere.

The interior
Like inside the RC, for example. It’s a whole other story in here.

Our car’s interior was finished in mostly black, as it’s the only way you can get it if you want Flare Yellow exterior colouring; other available colours allow for a red interior. There are a few flares in my tester however, like the brushed aluminum on the centre stack, for example, or the classy aluminum-look radio dials and drive-mode controller. There’s also an analogue clock that crowns the whole affair, making for some detailing that you see more out of the corner of your eye, which means it’s stylish without being distracting. I like that.

It is dark in here, though; even with the standard sunroof, the greenhouse is not that tall, making for a bit of a darker experience overall. 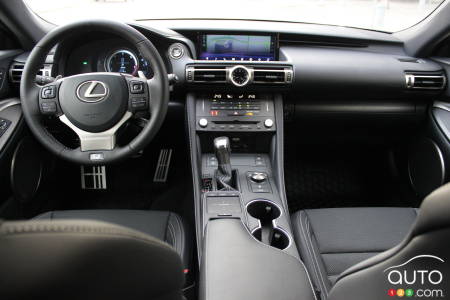 For taller drivers, it’s also a snug experience. The centre console rises quite high against your hips, so you really – really – get that feeling that you’re being ensconced in the cabin, but a little too much so. At the outset, it’s a nice driving position and I don’t mind having my controls close at hand. I have a little harder of a time forgiving the snugness of the footwell, however, as it doesn’t leave much room to stretch your legs on longer journeys. There’s also a pair of back seats (with child seat anchors, to boot!) but I don’t foresee RC users actually using these for much more than a duffel bag. It’s a good thing, then, that at almost 30 litres, the trunk is surprisingly generously-sized for the segment.

Tech-wise, the big news is that the RC is one of the models Lexus has decided to retrofit with Apple CarPlay support (though no Android Auto), displayed across a large 10.3-inch screen; it’s sharp and colourful, but having to “mouse” around via a touchpad mounted aside the shifter is not the most intuitive of interfaces. It tends to “snap” the cursor to the wrong button, making certain commands that should be simple one-touch affairs that much more tedious.

The sound through the 17-speaker – seventeen! – Mark Levinson sound system is darn good, though. Whoever thought you didn’t need a double-figure speaker count in your coupe obviously has never driven one of these. Best part? It comes as standard on the RC 350. 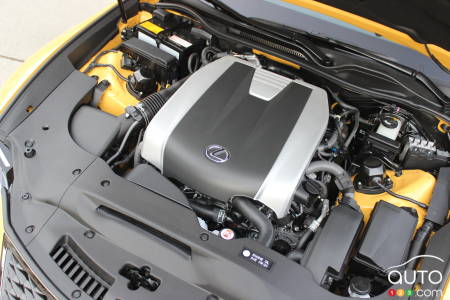 The powertrain
Also standard is a single engine choice: a 3.5L V6, good for 311 hp and 280 lb-ft of torque fed to all four wheels; the only way to get RWD is if you move to the less powerful (but still V6-equipped) RC300.

Since it’s a naturally aspirated engine, power comes on smoothly, although you do have to wring it out to 6,600 RPM to reach peak power, and 4,800 RPM to reach peak torque. At 1,765 kg, the RC350 is not a typically svelte car, so the fact that I had to really get on it to get the power down had me feeling like there was something missing here. It’s not a slow vehicle by any means, but if you were to put it up against something turbocharged – like, say, the Infiniti Q60 – it’s going to get left behind fairly readily. Then again, the Q60’s twin-turbo V6 would make most anything at that price level feel fairly pedestrian so it’s not an entirely fair comparison, but there’s no doubt that these two are big competitors for one another.

So while the powertrain may not light your hair on fire to the same extent the paint does your retinas, the ride is one of proper luxury grand touring thanks to well-adjusted dampers (that monitor road conditions and self-adjust accordingly) so you can get a comfortable cruise around town, and a firmer one as speeds increase. 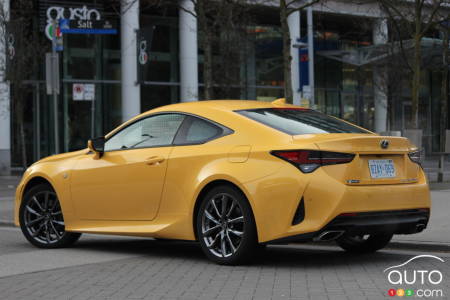 You do have to deal with steering that’s slightly numb off-centre no matter which drive mode (Eco, Normal, Sport, Sport+) you’re in, however, which is a pity. The analogue portion of the partially digitized gauge cluster does change colour depending on which drive mode you’re in, which is cool. Even cooler is the way it flashes as you near redline in Sport or Sport+, which evokes the function on the exotic LFA supercar. Do I wish the gauge was fully digitized? Not necessarily. They can be glary and inexpensive-looking, sometime unbecoming of a luxury auto.

And make no mistake, the RC 350 is a luxury car, through and through. It uses the right interior materials, it has good tech and smooth V6 power. Just make sure that you’re not expecting a fully sporting experience, as its looks would have you believe. If you’re looking for a good ride with some eye-catching looks, then have at it. If on-road performance above all else is your goal, though, you may want to look elsewhere. 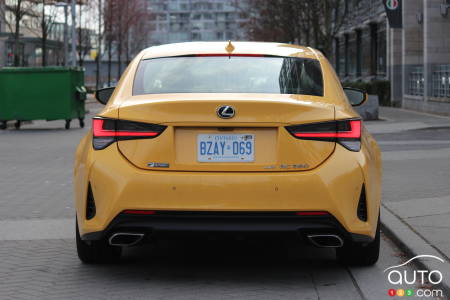 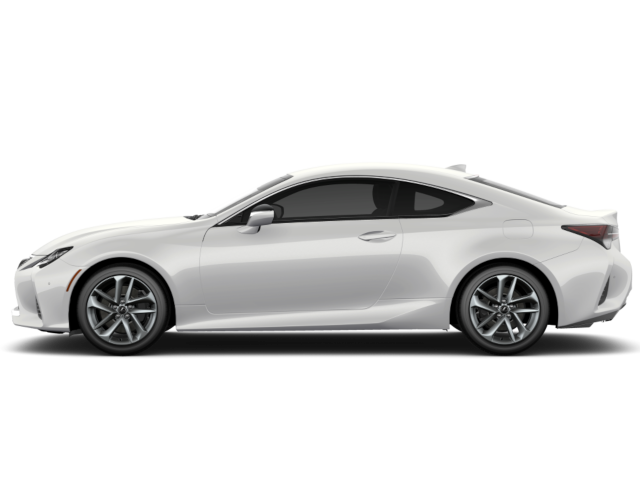 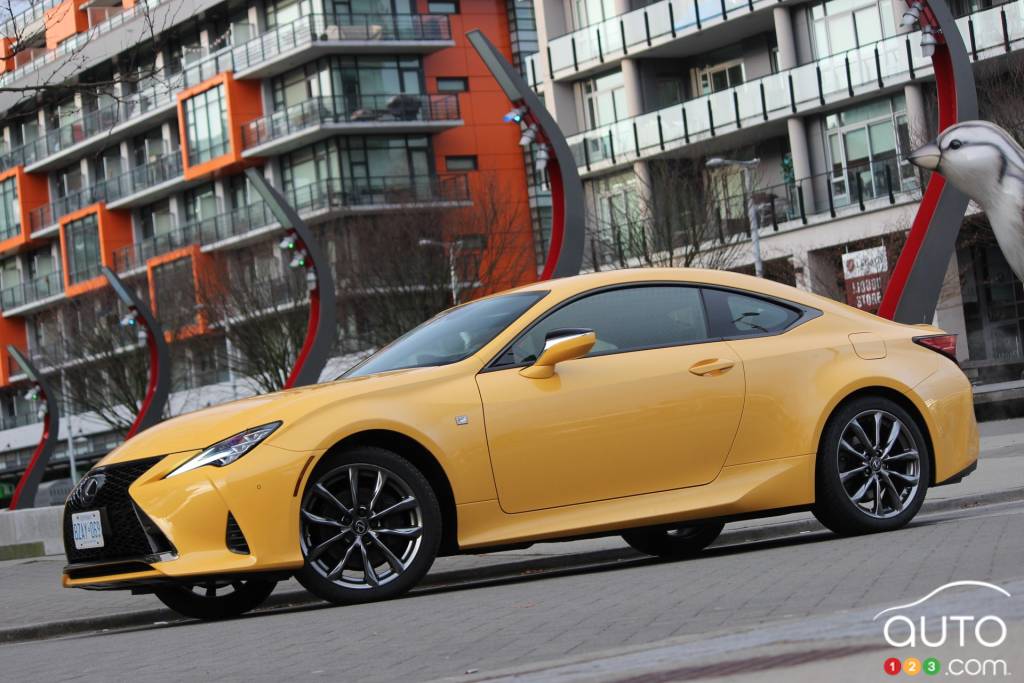 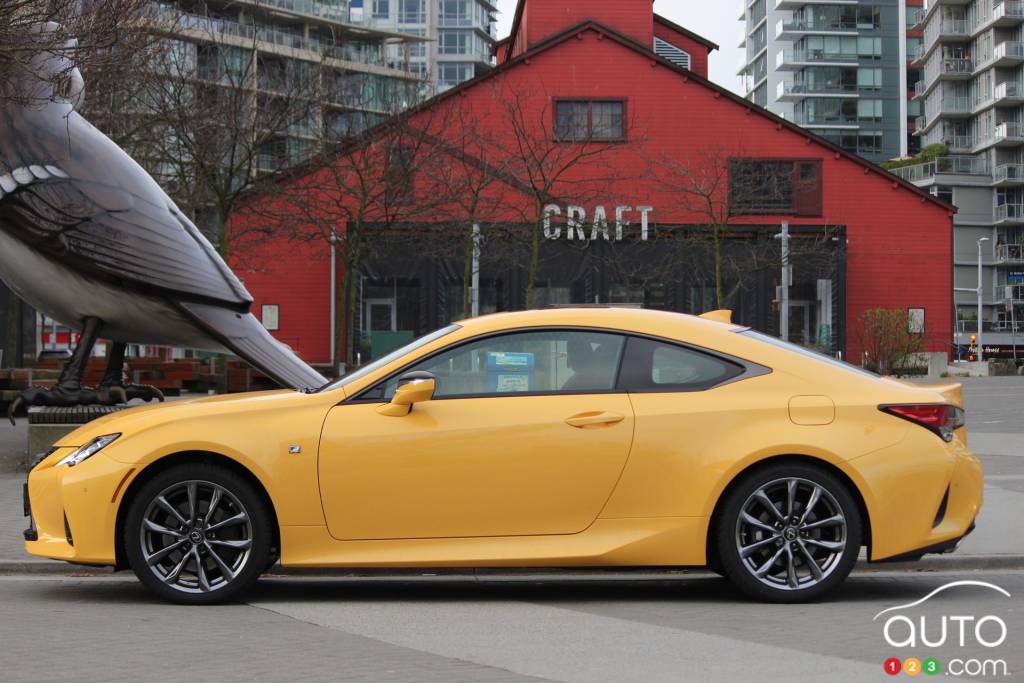 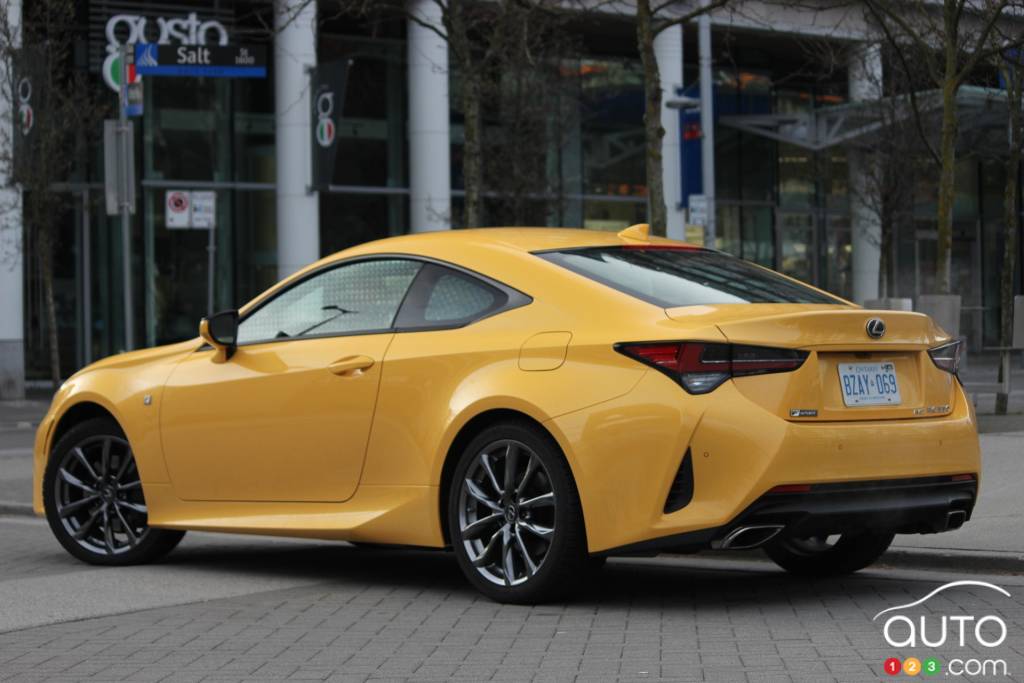 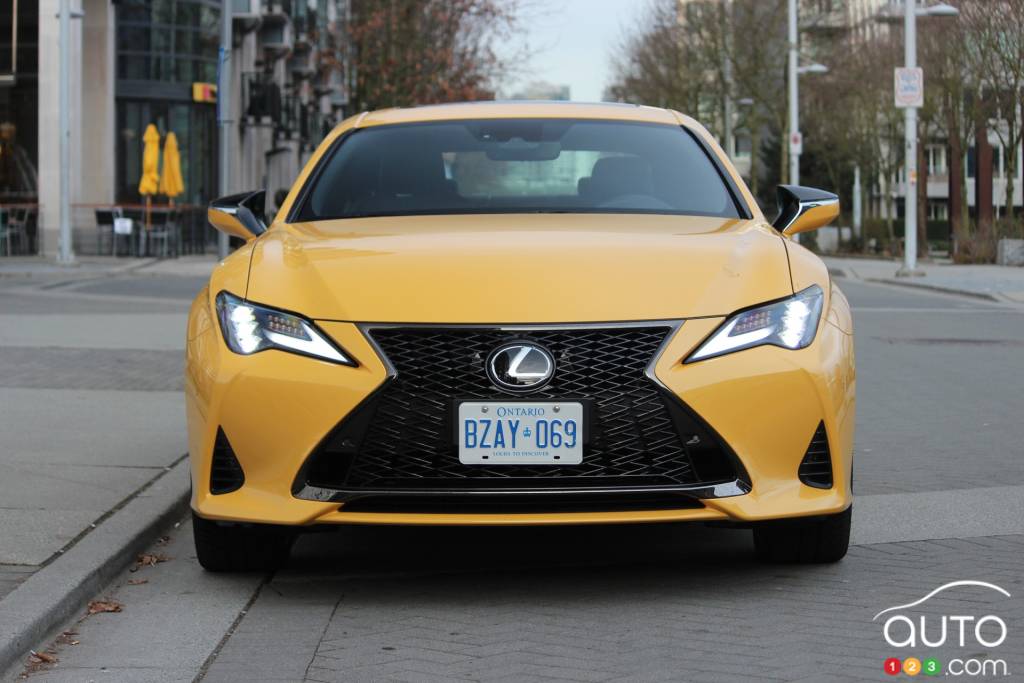 Already blessed with spectacular contours, Lexus’ RC is getting some further design tweak for 2019 to keep its look modern and fresh mid-generation. This mea...