Though the Lexus RC first debuted in 2015, it was actually first displayed at the Tokyo auto show in 2013. This makes the already mature model appear just that much older within the Lexus ranks. Fortunately, the RC’s spectacular design has allowed it to age well.

That said, the clock is ticking and Lexus can’t afford to stand pat, especially when the model’s rivals are working hard to outdo each other with upgrades, refreshes and new designs.

Nor surprising then to see the RC get some major esthetic updates for 2019. While at first glances these may not seem so major, they in fact are, if only for the sheer number of them.

The first noticeable change is the integration of the set of front lights first adopted with the superb LC last year, which happened to take home our Auto123.com title of Top Luxury Car of the Year for 2018.

On the top-end F Sport variant of the RC, the 19-inch tires are derived from those on the LC and LS, and they look great. 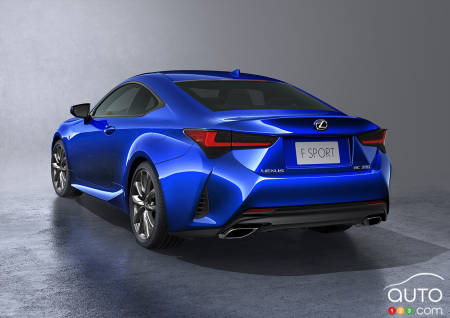 In back, the 2019 RC comes with large new air ducts on the bumper corners. This is a bold addition that serves two purposes: it makes the car more aggressive in it demeanour, and it improves its stability. The rear lights have also been revised, and are now larger and feature the L badge that is set to appear on many upcoming new Lexus models.

Inside, the RC borrows more elements from the bigger LC, for example the analog clock. The centre console is flanked by padded sections to protect knees and make the driver more comfortable, especially when the driving gets more aggressive. 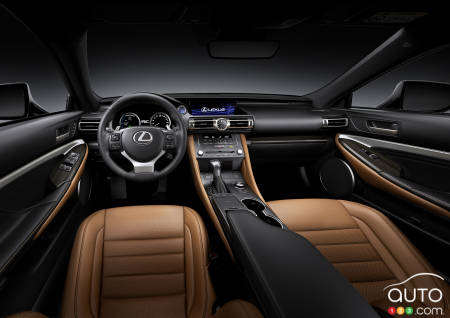 In all, 11 colour schemes are being offer for the exterior of the 2019 RC, and 7 for the interior.

The engine has for its parts been mildly revised to offer improved acceleration, while the suspension has been adjusted to be more reactive. The new shocks mean to deliver a better equilibrium between comfort and performance.

The 2019 Lexus RC will be shown first at the Paris auto show in early October. The F variant could make its debut a few months later in Los Angeles, or else in January at the Detroit auto show. 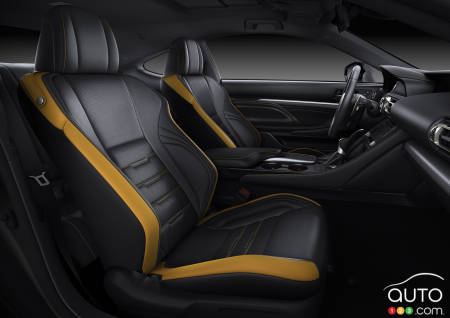 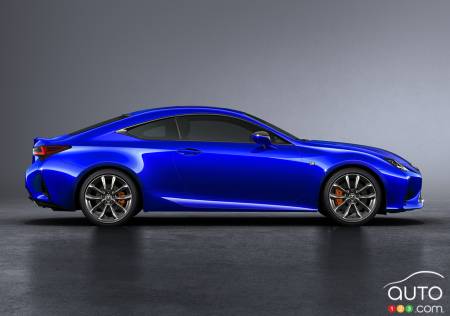