Whistler, B.C. – Off-roading as a pastime, or at least as a theoretical possibility, has gained a lot of traction on the market in recent years. Auto manufacturers have figured out that consumers want to drive around in a vehicle that looks rugged, and have dutifully produced quantities of models and versions suitably decked out in outdoor clothing.

Mixed in among them, however, real 4x4s continue to ply their trade, even drawing greater interest on the market. Case in point is the Jeep Wrangler, which its maker is cranking out at full capacity; then there’s the recent debut of the Land Rover Defender, and soon we’ll also have the highly anticipated Ford Bronco to kick around in. And there are more.

The same phenomenon can be seen in the pickup truck segments. There are genuinely extreme editions like the Ford Raptor and the Chevrolet Silverado ZR2 Bison… and there are the others that dress themselves up for effect. The Ram 1500 Rebel is a full-size truck that’s also part of this trend towards greater machismo. That said, despite its upgraded off-road capabilities, the Rebel is not really a direct rival of Ford’s Raptor, a vehicle with a suspension designed to survive big jumps at high speed and blessed with a 450-hp twin-turbo V6.

Just the same, Ram is all too aware of how much fans like the Rebel, a version that when twinned with the Ram Sport (exclusive to Canada) accounts for half of Canadian sales of the 1500 truck model. The days when trucks’ looks didn’t matter are long gone!

So it was that Ram’s Canadian division invited members of the automotive press to test drive the 2019 Ram Rebel in British Columbia’s Whistler area, where awaited us a demanding off-road circuit. So what is a Ram Rebel?
The Rebel badge appeared a few years ago when Ram was looking to make a dent in the Ford Raptor model’s hegemony in the sub-segment. Its success left the brain-trust at FCA to make the no-brainer choice of producing a second generation of this variant of the full-size pickup.

We find on the new 2019 edition the same essential features of the outgoing one, starting with a dual-tone chassis, with black the chosen colour for the bottom half. Black is the default choice for most of the vehicle’s dressing, including for the badging, exclusive front grille, exhaust tips and even the ventilation grills on the hood. It’s hard not to be impressed by the overall effect.

Beyond the look, the other defining features of the Ram Rebel are 32-inch Goodyear Wrangler DuraTrac off-road tires, ELocker limited-slip electronic differential, elevated ground clearance, exclusive 18-inch wheels, skid plates under the vehicle and tow hooks for when the situation gets trickier. There’s the possibility of opting for an air suspension, which will do wonders for making the Rebel more comfortable on the road. Some of what’s under the hood has also been new. FCA Canada has pulled the base 3.6L Pentastar V6 from the product offering, leaving the irresistibly popular 5.7L HEMI V8 (395 hp, 410 lb-ft of torque) as the new base engine. Take note that south of the border, the V6 is still available on the Ram Rebel.

In return, FCA is for the first time adding the option of a EcoDiesel V6 on the Rebel; this unit delivers middling 260 hp but a not-so-middling 480 lb-ft of torque. This configuration makes it ideal for tackling difficult terrain, but unfortunately we did not have access to it during our day of driving in the Callaghan Valley region near Whistler, site of the 2010 Winter Olympics. Here’s hoping we get a turn at the diesel-powered Rebel in the near-future!

In the mountains
Our trek in Canada’s far-west province includes just a few kilometres driven on asphalt, organizers being anxious for us to discover the capabilities of the Ram 1500 Rebel on rougher terrain than that. Most of our day was thus spent in the forests that neighbour Whistler. A few years ago I had occasion to attack this trail, reserved for snowmobiles and STVs during the winter months, in a Mercedes-Benz G-Class, and suffice to say it’s not a route for the faint of heart. During that earlier trip, in fact, one of the SUVs lost one its tires during the ascent to the summit – a reflection of the degree of difficulty of the off-road trail.

Like all off-road-focused pickups, the Ram Rebel is equipped with a limited-slip differential (electronic in this case) and an all-wheel-drive system that can be switched between 2- and 4-wheel traction. There are three other modes to choose from as well -  4WD AUTO, 4WD HIGH and 4WD LOW – and it was the latter of these that we selected when conditions got particularly rough on approaching the summit. With more torque available at low RPMs, the Ram Rebel didn’t hesitate when confronted with the more-demanding sections of the course. As long as we made sure not to get the wheels of the truck spinning, even advancing over the steep last few metres leading to the summit was a simple affair. Before that, of course, some sharp turns in the trail did require some careful manoeuvring so that the pickup could continue on. No surprise, given the elephantine dimensions of this full-size truck…

The last word
As we await the Ram Rebel TRX – if in fact that version retains the name of the concept designed as a future direct competitor to the Ford Raptor -, the Ram Rebel 1500 is the most rugged and capable variant in the model lineup. Yes, inarguably, the Ram 2500 Power Wagon is more powerful, but not so much more that it removes the Rebel from consideration. And in return, the latter offers a level of daily-driving comfort that the former can’t match – plus it’s (slightly) more fuel economical. 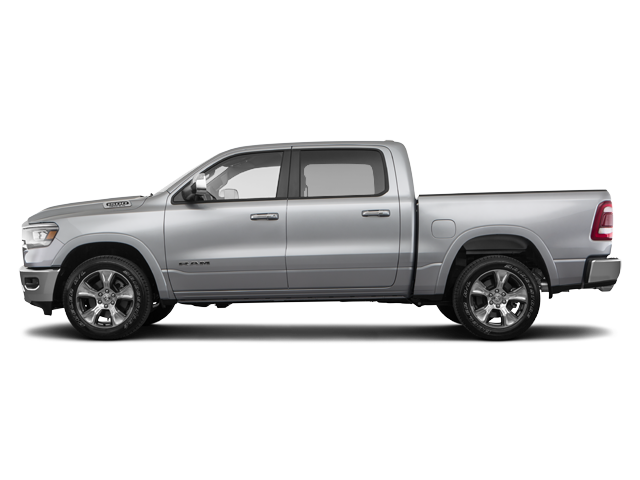 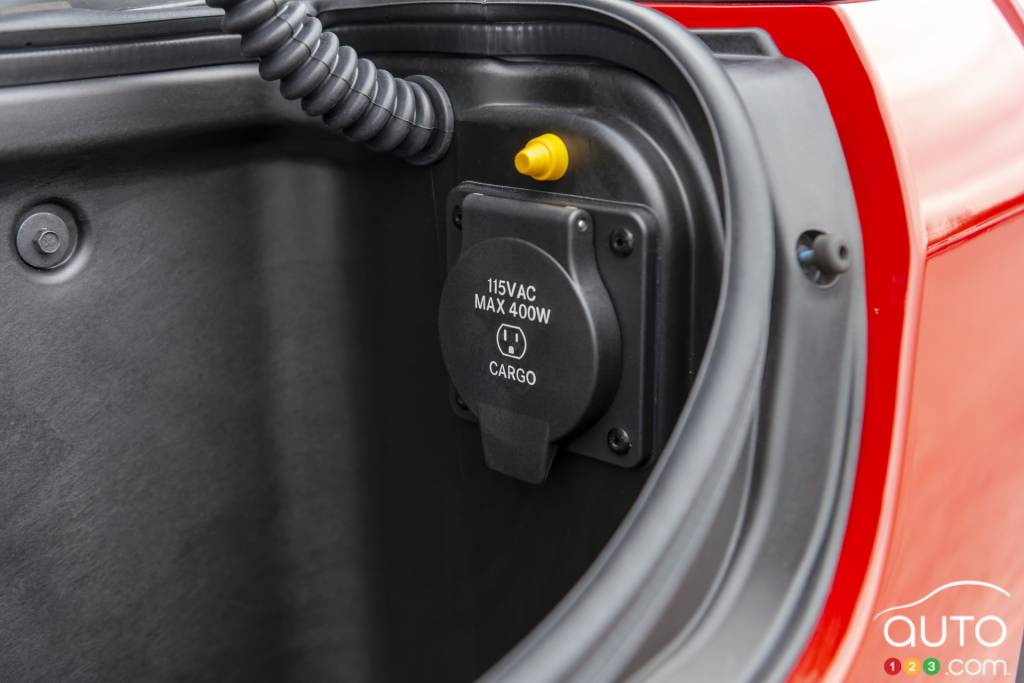 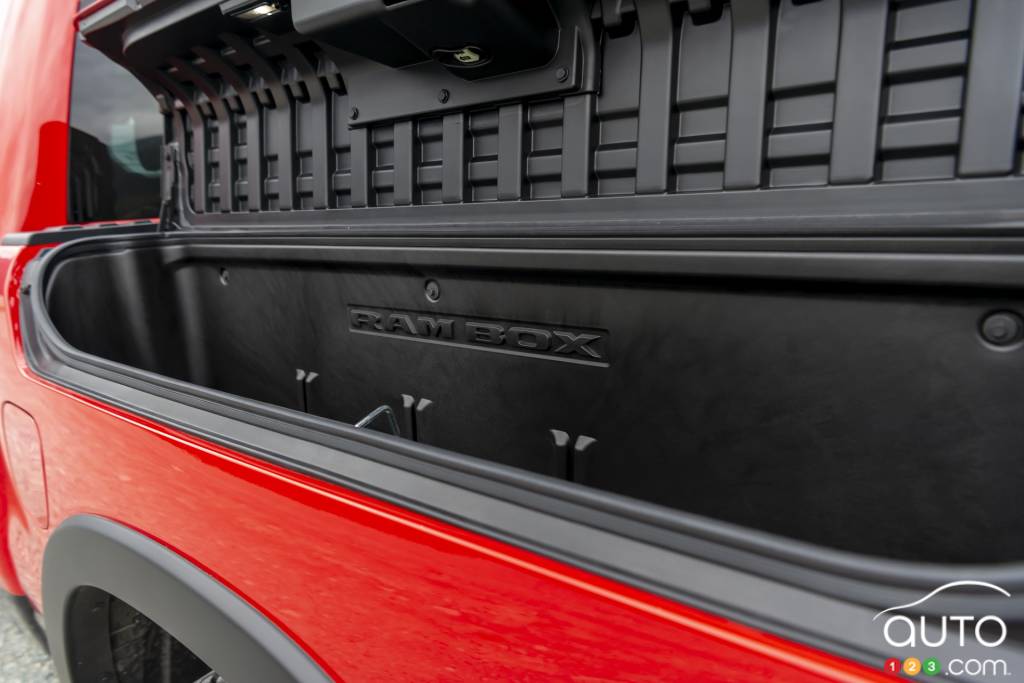 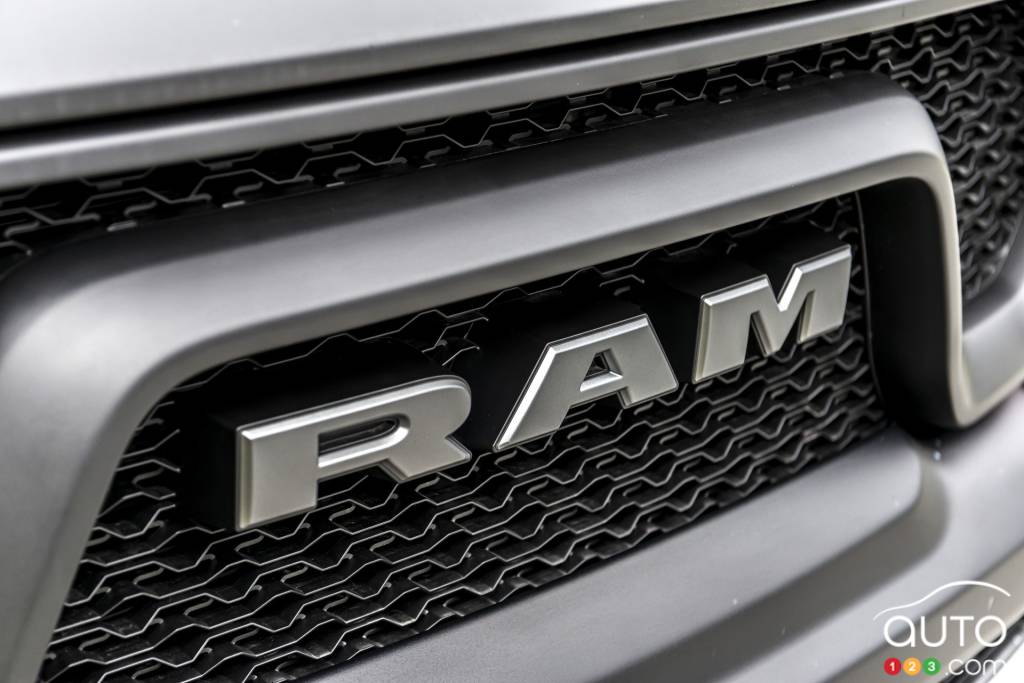 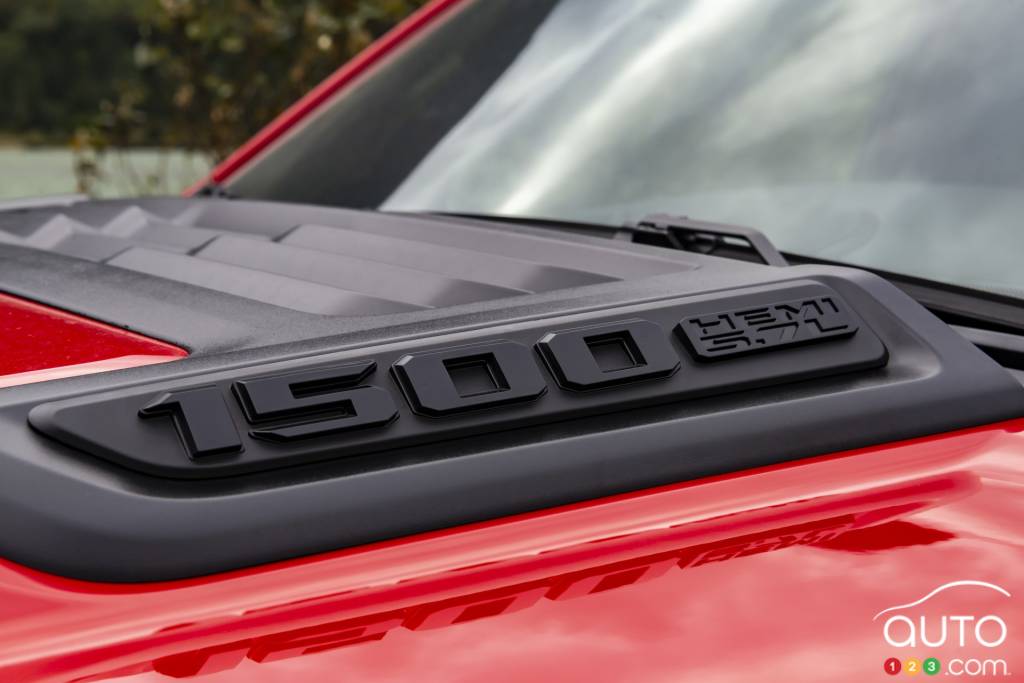