If you’re not hot on the idea of a big imposing grille leading your vehicle down the road, the 2019 Avalon is not for you. The subject of much controversy and debate, that front grille is really, really big. Personally it didn’t bother me at all, in fact I kind of liked its ever-so-slightly mean mien, but for some it’s clearly too aggressive for a large sedan that still prioritizes comfort.

Bigness is also a theme when you climb inside the interior of this sedan, and it’s definitely the focus when you get to the back, where an enormous trunk awaits to fit any number of kitchen sinks you might want to put there.

Here’s what else the new 2019 Toyota Avalon is: a quality five-person sedan that runs on a 301-hp V6 engine with direct fuel injection, working with an 8-speed automatic transmission. Also included is a manual shifting mode, though I’m not sure what pleasure, exactly, anyone would get out of using paddle shifters on a large premium sedan like this.

I’m not saying this is a boat – we are in 2018 and the days of floating along on a plush suspension system, out of touch with the road, are pretty much a thing of the past, after all – but it is a car that, notwithstanding the positive qualities shown by its driving dynamics, is meant to be cruised in, with its multilink suspension system in the rear and struts up front.

And in fulfilling that mandate, the Avalon is remarkably successful. 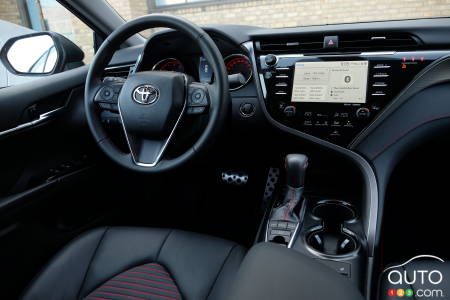 The interior
And in that respect it fulfills its mandate. The interior is well-conceived and exceptionally put-together, and the materials are generally first-rate, at least to my eye and touch in the week I had with it. It’s a bigger version of the Camry in many ways, but it’s more than that. While the Camry itself has gotten more upscale over the years, so has the Avalon (it’s also gotten bigger this year: the 2019 edition is longer by two inches than its predecessor, and it actually sits lower to the ground by one inch). The two models share the same TNGA-K scalable platform from Toyota, which also uses it for its new 2019 RAV4 as well as the 2019 Lexus ES, among others.

The inside is as mentioned very well-appointed, and the focus of the front row’s domineering central console is the 9-inch touchscreen. On it can be accessed Apple CarPlay (though not Android Auto – let’s get that done, Toyota!), and the car features the expected array of tech features for a model in this class. Spread throughout the interior is aluminum trim, or, in the Limited edition, wood accents. 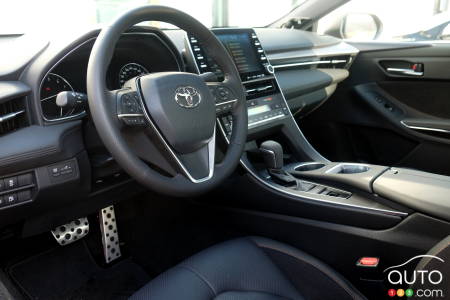 The trims
The XSE was the trim I drove for my road test, and it’s billed as the sportier of the two versions available of the 2019 Avalon. It features a different front grille than the Limited edition, plus it gets a small rear spoiler, two sets of dual rear exhaust tips, sportier suspension and those paddle shifters. Also included here are aluminum trim and a rear cross-traffic alert system.

The Limited trim is the higher-end version available for the 2019 Avalon, and among the extras it gives buyers for the $5,000 difference in price with the XSE are LED lighting and exclusive 18-inch wheels. Inside, there’s the aforementioned wood trim inside, ambient lighting, semi-aniline leather seating, front ventilated seats and heated seats for both rows. Drivers can make use of both a seat memory system to stay instantly comfortable, an impressive 10-inch heads-up display to help them safely within prescribed speed limits, and a bird’s eye view monitor to help them in and out of tricky spots. The audio system is an upgraded Entune Audio Premium unit. 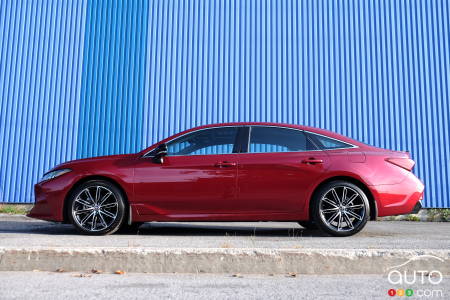 The drive
As mentioned, my tester for the week was the “sportier” XSE version, and though I should stress that that designation is a relative one, insofar as yes, it’s sportier than the more luxury-oriented Limited trim of the Avalon, but no it’s not sporty if you’re expecting the oomph and the aahhs you might get from a truly performance-tuned car.

That said, there’s much to like about the way this car handles, especially given its size. Acceleration off the line is impressive, the car handles curves beautifully even if it doesn’t elicit any particular thrills, and the steering is precise and fairly taut. The suspension is not particularly tight even it is billed a being sport-tuned, but nor is it loosey-goosey; it just makes sure the ride is as smooth as you’d expect from a large premium sedan, while retaining a satisfying sense of crispness. 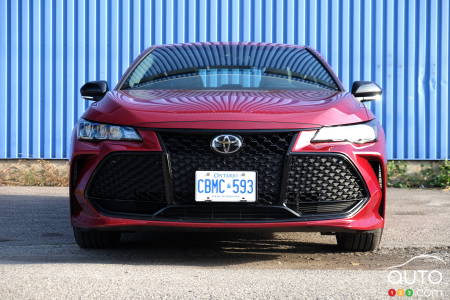 The updated 3.5L V6 fitted in the new Avalon is the same unit in service with the current Camry, and it provides ample power (33 more horses than previous, for a new total of 301) without attracting much attention to itself. As for the new 8-speed automatic transmission, I found it totally unobtrusive, in a good way. I can’t think of a single occasion when it hesitated for even a nano-second to choose what gear it needed to be in. The car comes with ECO and Sport modes, though the latter failed to make much of an appreciable difference save for more upper-range RPMs prior to shifting.

I drove the new 2019 Avalon before the first snowfalls hit in my neck of the woods, so I didn’t get to find out how annoyed I’d get without an all-wheel-drive system to fall back on. And no, there’s no AWD option anywhere in the product offering for this car, which could prove to be the single biggest deterrent for consumers in Canada. Now, more than ever, there are plenty of options available in the segment that provide all-wheel power to motorists, so it’s puzzling that Toyota is going without the feature even as it tries to attract new and younger drivers to the model. 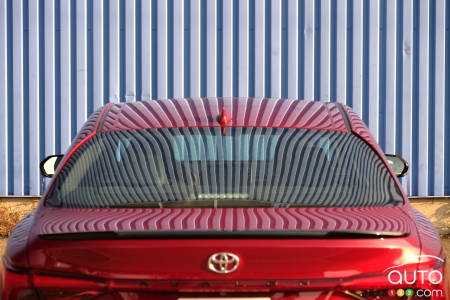 Top-level comfort and interior amenities
Crisp steering handling
Stiffer frame, with sharper ride as a result
More tech and drive-assist systems than you can shake a stick at
Super ECT transmission works flawlessly
For a big car, it doesn’t feel like a lumbering giant
Heads-up display is one of the best I’ve come across
IIHS rated it a Top Safety Pick+ 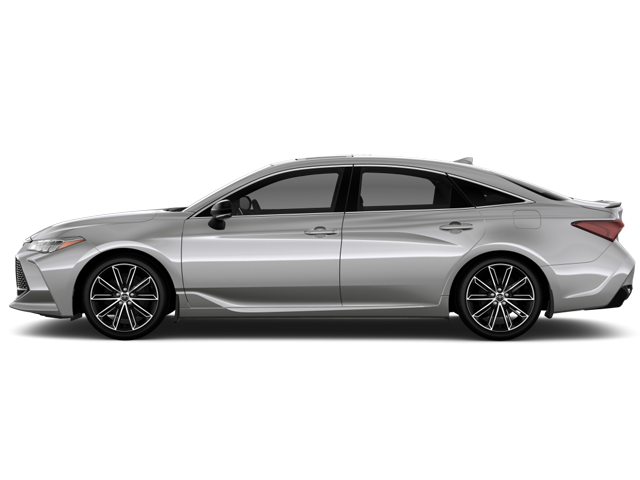 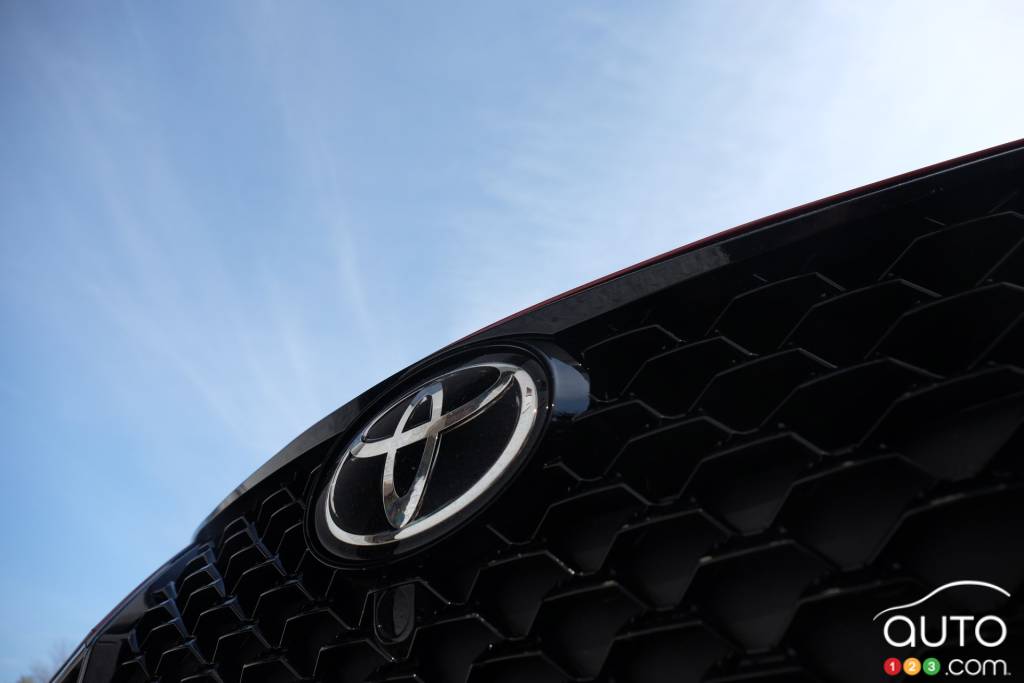 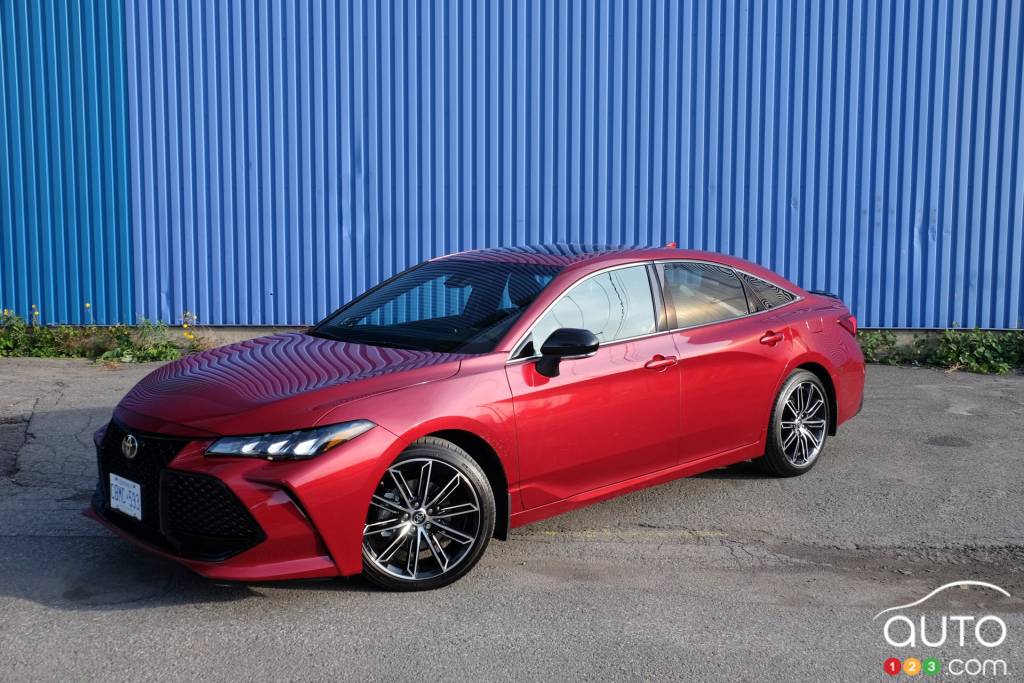 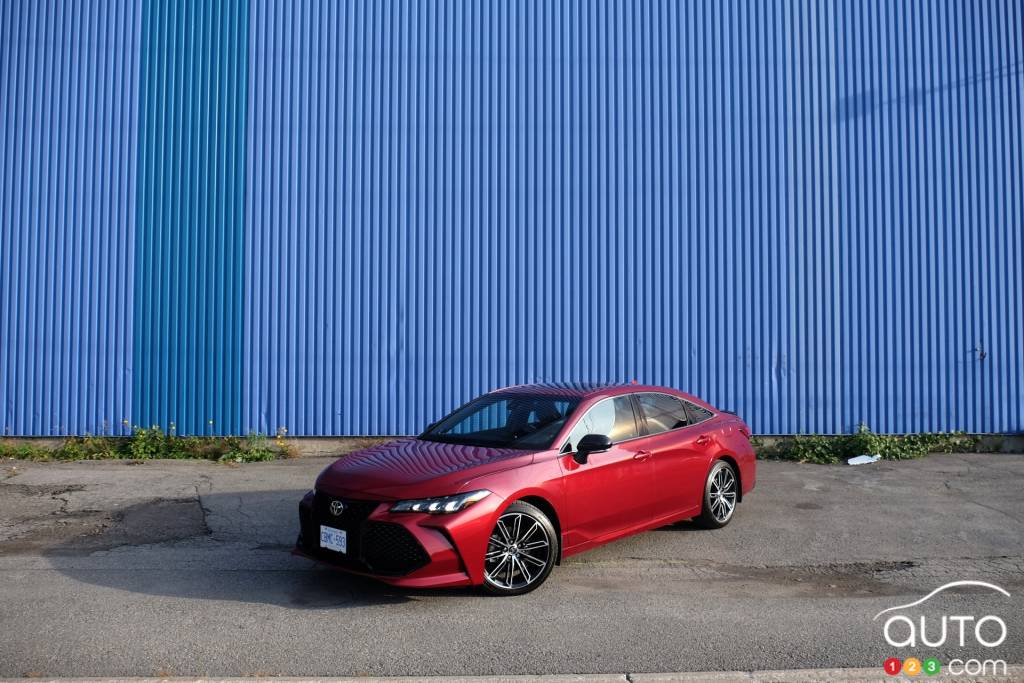 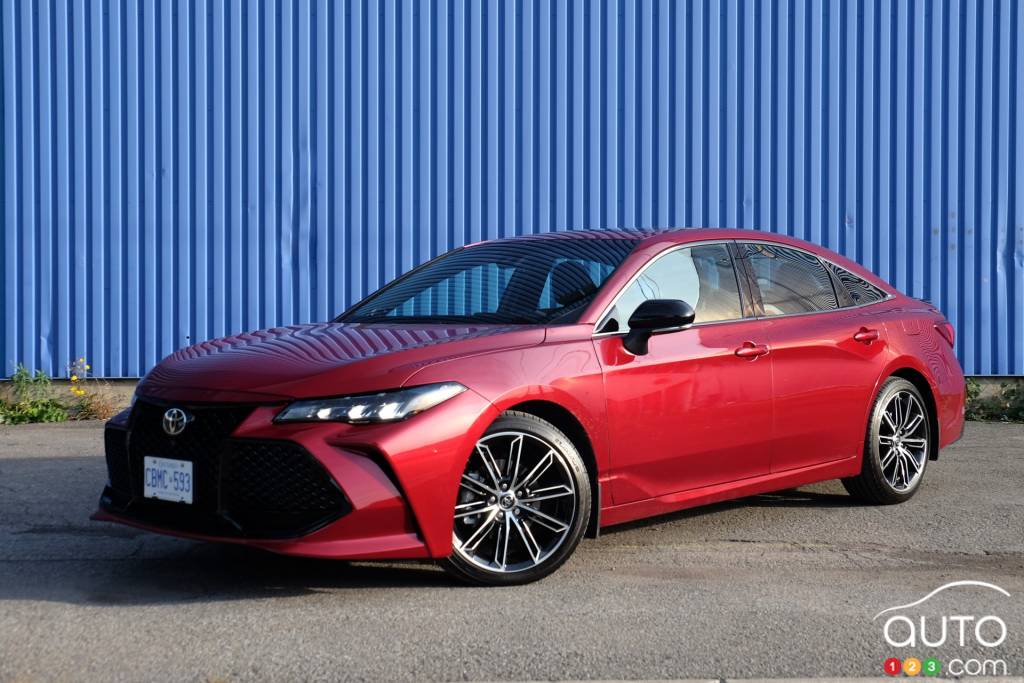 The new 2019 Avalon from Toyota is looking to be an early front-runner for Full-Size Sedan of the Year at the next Auto123.com awards! Following its launch t...