As we await the arrival of the second-generation TLX sedan, officially unveiled recently and expected to debut in the spring of 2021, the current model is still with us; we recently spent a week putting it through its paces. Here’s what buyers who want to get their hands on this generation of the TLX can expect.

Know, for starters, that the current, first-generation TLX has been with us since 2015. Which means it is one of the elder statesmen of the segment, even if it did get a medium-strength revision in 2018. At that time Acura gave the car a new diamond-pentagon front grille and diamond-shaped Jewel Eye LED headlights to freshen it up. I’m a fan of that look frankly, and find the front end far more enjoyable to look at than the more non-descript rear end. The inside, meanwhile, has changed less over the years, although technologies have been updated to keep the premium-car-buying crowd satisfied. 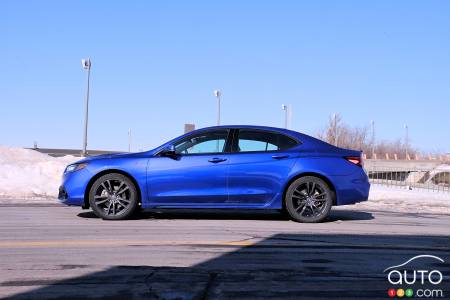 Otherwise Acura is offering a new PMC (Performance Manufacturing Center) kit, which if chosen as an option means the vehicle benefits from a hand-made construction process, by which Acura technicians manually install mechanical, electronic, interior and exterior components, just like with the brand’s NSX supercar.

Whether you choose that luxury option or not, know that the TLX in its conception – and its pricing – is a premium sedan that doesn’t sit quite in the same luxury category as the European overlords of the segment. The level of refinement inside is high but not stratospheric, and the performance delivered from its guts is, while not sedate, nothing extraordinary for a premium-priced compact four-door. 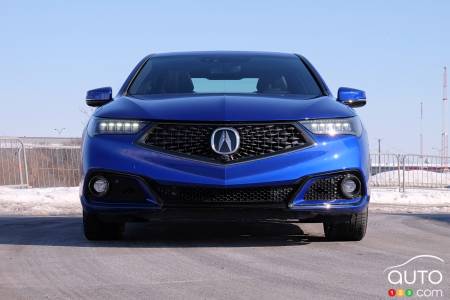 The powertrains
The 2020 Acura TLX comes with a choice of two engines: a 4-cylinder turbo and a V6, the latter accompanied by all-wheel drive. The smaller unit is available only with the A-Spec and Tech A-Spec variants, while the V6 can be fitted in those trims as well as in the Elite and Elite A-Spec. Our tester for a week this spring was the Elite A-Spec version with V6.

Output of the 2.4L 4-cylinder engine is 206 hp and 182 lb-ft of torque, in conjunction with an 8-speed dual-clutch automatic transmission. Note that versions with this engine are front-wheel drive – the company’s lauded all-wheel drive system (called SH-AWD, for Super-Handling All-Wheel Drive) can only be had in combination with the other, larger engine.

If 206 horses for a car that’s not the smallest or lightest model around sounds rather modest, well it is. And so you might want to turn to the other choice, a 3.5L V6 that produces a more respectable 290 hp and 267 lb-ft of torque, working in tandem with a 9-speed automatic transmission. Unfortunately, the sprightlier 8-speed dual-clutch unit of the 4-cylinder powertrain cannot be combined with the V6, which means making do with a more-sedate transmission to manage the more-powerful engine. Bit of a shame, that… 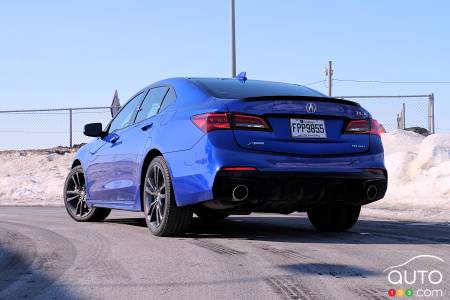 Fuel consumption
Of course, one of the factors that can affect your decision-making in terms of what you want under the hood is fuel economy. Officially the 4-cylinder-powered TLX averages 10.0L/100 km and 7.1L/100 km (city-highway); the A-Spec version with that engine is slightly higher at 10.2L/100 km and 7.4L/100 km. 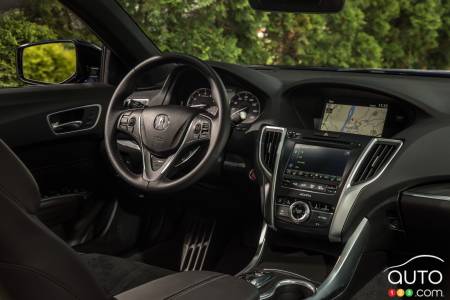 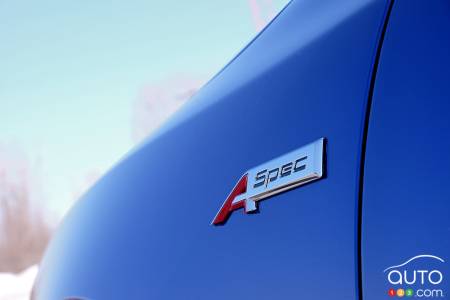 On the road
While the 2020 Acura TLX is aging, it doesn’t necessarily drive like an aged car. I would have liked to have the 4-cylinder’s dual-clutch transmission on hand to play with the V6, but nonetheless there is a certain dynamism to the drive. Not a lot, but some. Acceleration is quite good once you learn to coddle that transmission properly with your right foot, and cornering is livelier than you’ll get from a Lexus. Comfort is excellent and the suspension finds a nice balance between sporty firmness and floatiness.

At the same time, the TLX could use with some tightening up of its driving dynamics to bring it at least to the level of, say, the Infiniti Q50 – see our comparison between the 2020 TLX and the 2020 Q50. We look forward to Generation 2.0 to see if Acura decides to sportify the on-road behaviour of the model.

Otherwise, Acura’s SH-AWD system lives up to its expectations; it reacts to road and driving conditions and adjusts by sending up to 70 percent of torque to the rear wheels as needed. The result is a very confidence-inspiring ride wherein the car feels bolted to the road even on slippery surfaces and when getting aggressive on corners. 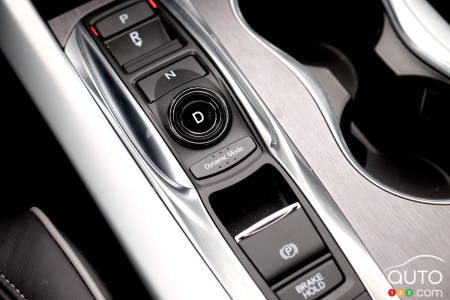 One last note: Acura has forsaken the traditional gear-shifting setup for a row of buttons that, while not dreadful, in no way represents an improvement over what came before, or even over a turn-knob like seen in several other models on the market. A design change for its own sake?

Prices
Pricing for the 2020 Acura TLX ranges from $36,180 to $47,980, before taxes, fees, etc. As a point of comparison, while Acura has not yet announced pricing for the second-generation TLX coming next spring, it has confirmed starting price will be somewhere just north of $40,000. 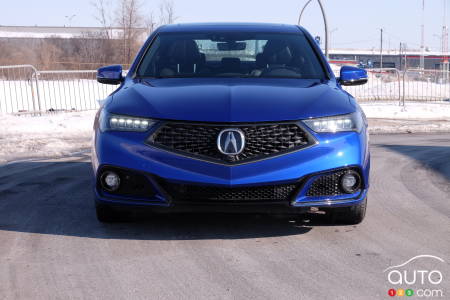 Looks, especially the back end
Could stand being just a little flashier
Second row is smallish
No dual-clutch transmission for the V6 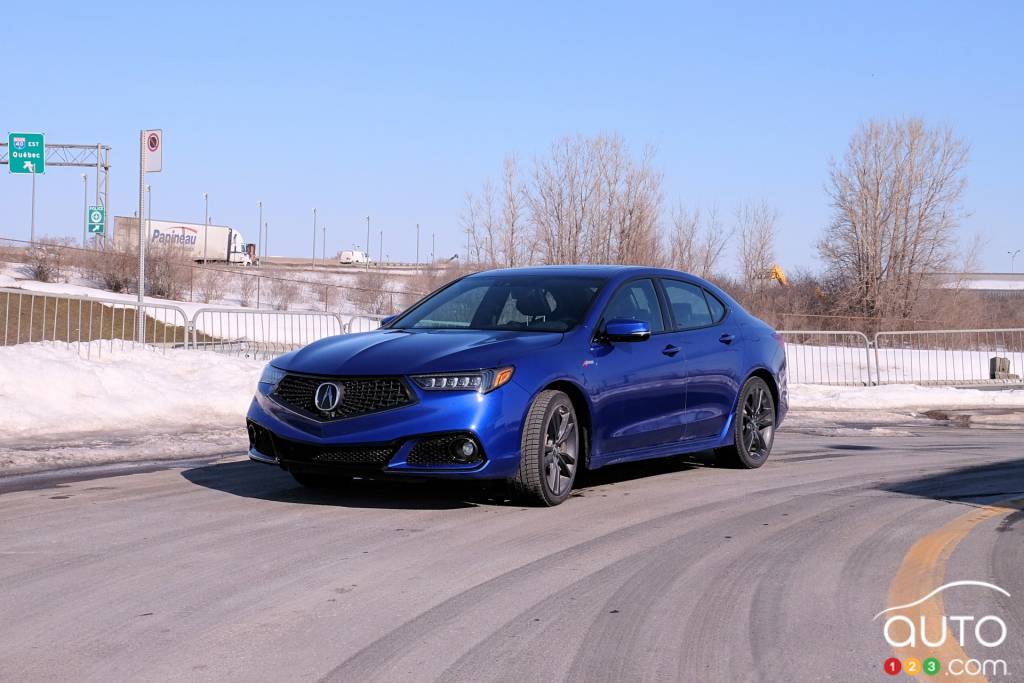 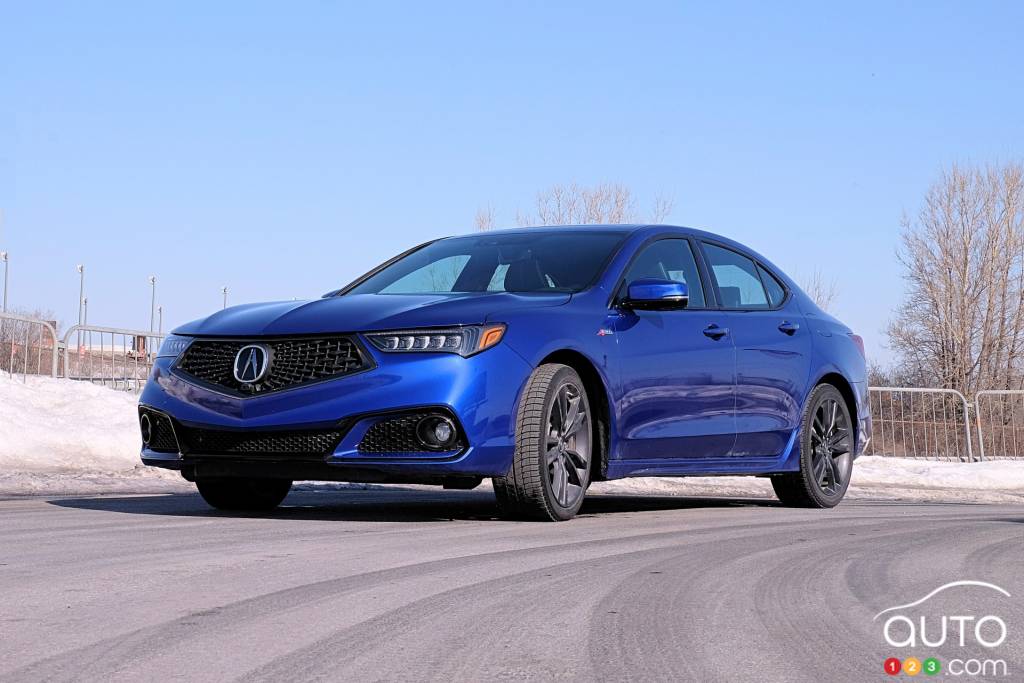 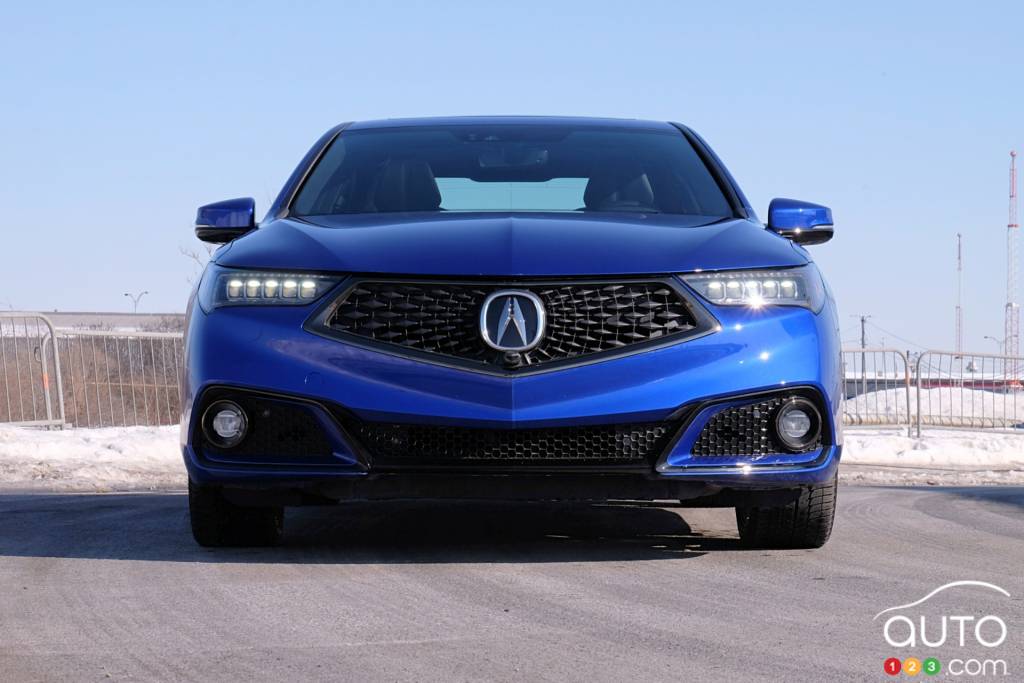 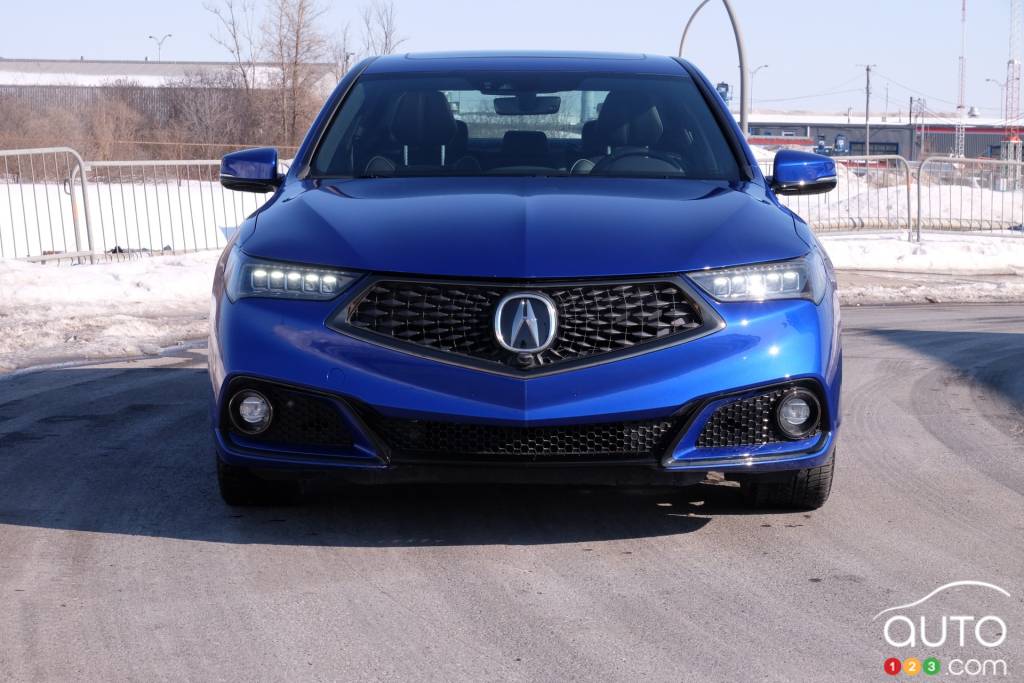 How to choose between the 2020 Acura TLX and the 2020 Jaguar XE? Auto123 compares two solid but neglected entries in a segment where the Germans cast mighty ...